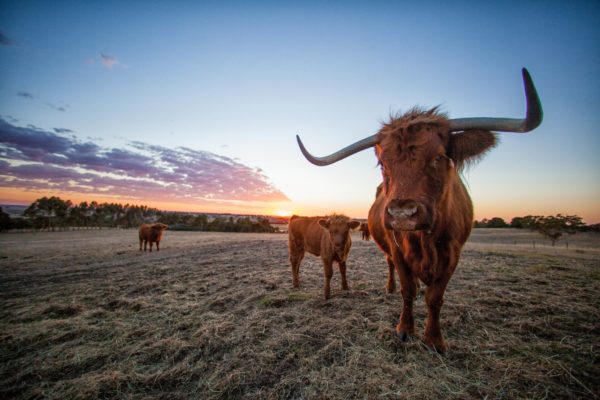 How might the changing climate affect people in Scotland?

Recent catastrophic events around the world have been made more likely and more devastating by climate change, including the deadly summer heatwave across Europe, huge floods in Pakistan and the rapid melting of Arctic sea ice.

But what kinds of climate change impacts may happen in Scotland if the global average temperature continues to rise?

Nine of the ten warmest years on record in Scotland have been since the year 2000 and the future is likely to hold warmer, wetter summers and milder winters, along with more storms, flood and periods of drought.

As sea levels continue to rise, flooding would occur around Scotland’s long coastline. The fragile machair habitats are fertile, low-lying grassy plains on the Atlantic coast and are among the rarest habitats in Europe. As polar ice melts, these are likely to be damaged or lost entirely and irreparable erosion is predicted in many coastal areas. As flooding worsens, coastal communities may be displaced from their homes.

According to independent economic consultancy Ecolsulsis, extreme weather contributed to losses of up to £161m for Scotland’s farmers during 2017 and 2018. Extreme weather including droughts, high temperatures and flooding are likely to wreck crops and harm soil quality, leading to reduced harvests and a strain on the agricultural sector.

To compound this, there could be a higher prevalence of new diseases affecting livestock, including viruses and outbreaks of parasites. The agricultural sector is a major contributor to Scotland’s climate emissions but is also particularly at risk from further climate breakdown.

Loss of wildlife, including species extinction

It is thought that 1 in 20 species could face extinction under a global temperature rise of 2°C. Scotland’s position on the westerly edge of Europe means many of its species would be at an increased risk, as their ability to relocate is limited.

Some of Scotland’s species are highly specialised to certain habitats, such as the uplands. These species will find adaptation particularly difficult if their environment were to be compromised. Expect to see the disappearance of lots of species if temperatures continue to rise. RSPB have described the losses of puffins, kittiwakes, fulmars and guillemots as ‘apocalyptic’

During the 2018 heatwave, MPs warned that heat-related deaths in the UK could triple by 2050. And statistical analysis from Public Health England found that 900 extra deaths occurred due to the 2019 summer heatwaves. The 2003 heatwave in France saw almost 14,000 excess deaths of mostly elderly people. The planet is heating and, unless major steps are taken, the death toll will keep rising.

Making it harder for renewables

Ironically, the climate emergency could harm the very industry that is so crucial to lessening its impact. Varying water availability will affect hydro-power schemes and, according to Adaptation Scotland, “Climate change can also impact power distribution, with impacts ranging from damage caused by extreme weather events, to reduced transmission efficiency occurring as a result of temperature fluctuations. Impacts on global energy markets may also affect energy supplies in Scotland and consequently our overall energy security.”

Peatlands are a crucial natural asset in the role they play in storing carbon. They are described as the world’s largest natural terrestrial carbon store and, with more than 20% of Scotland’s land area constituting peatlands, they are a hugely important habitat in Scotland’s fight against climate change. However, they are sensitive to changing climates and a warmer environment may degrade them, releasing stored carbon which would in turn make it even more difficult for Scotland to meet our emissions targets.

Warmer, wetter conditions and coastal flooding poses a risk to some of Scotland’s historic buildings. Coastal areas, including parts of Glasgow and Edinburgh are predicted to be badly flooded by 2050 if drastic measures are not taken.

Areas in Leith and Musselburgh in Edinburgh are predicted to be badly hit, along with large parts of Paisley and communities along the River Clyde in Glasgow. Climate change may also accelerate weathering and erosion processes, which would increase maintenance demands.

A Historic Environment Scotland (HES) assessment of hundreds of historic sites showed 28 of them are at ‘very high risk’ from climate change. The location of many buildings put them at risk from coastal erosion and rising sea levels.

Their Climate Change Risk Assessment Report in 2018 found another 160 sites at risk from flooding, instability and erosion. The frequency and severity of these hazards will increase as the climate emergency worsens. Loss of winter sports industry

It shouldn’t be a surprise that an industry reliant on snow and ice should suffer the brunt of rising temperatures. The Climate Coalition stated in their ‘Game Changer: How climate change is impacting sports in the UK’ report that the Met Office has reported that the Scottish skiing industry could collapse in as little as 50 years as winters become too mild. Three out of the five outdoor resorts already have artificial snow factories to prop up a fragile business. Current trends predict devastating losses to jobs and local economies.

Warming temperatures will lead to drier landscapes and an increased risk of fire. Scotland has seen an upturn in the numbers of wildfires in recent years and this upward trend is predicted to continue with the changing climate. January 2019 even saw wildfires on Arthurs Seat in Edinburgh.

Even the whisky industry doesn’t escape the potential harm from a changing climate. Distilleries rely on large amounts of freshwater and, as the temperatures rise, burns run dry and less snowfall means water levels sink. Droughts and floods will also affect the health of barley crops, potentially rotting them and leaving them open to damage from diseases.

All in all, rising temperatures paint a bleak picture for Scotland’s habitats, communities and economy. As Francesca Osowska, CEO of Scotland’s official nature agency Scottish Natural Heritage, said: “Imagine an apocalypse – polluted waters, drained and eroding peatlands, coastal towns and villages deserted in the wake of rising sea level and coastal erosion, massive areas of forestry affected by disease, a dearth of people in rural areas, and no birdsong.” That is what we can expect if we don’t take a radical shift to a low carbon economy.

These impacts paint a clear picture of the immediate threat to Scotland from a warming climate. We have no time to waste in cutting climate pollution. Learn more about our work to tackle the climate emergency