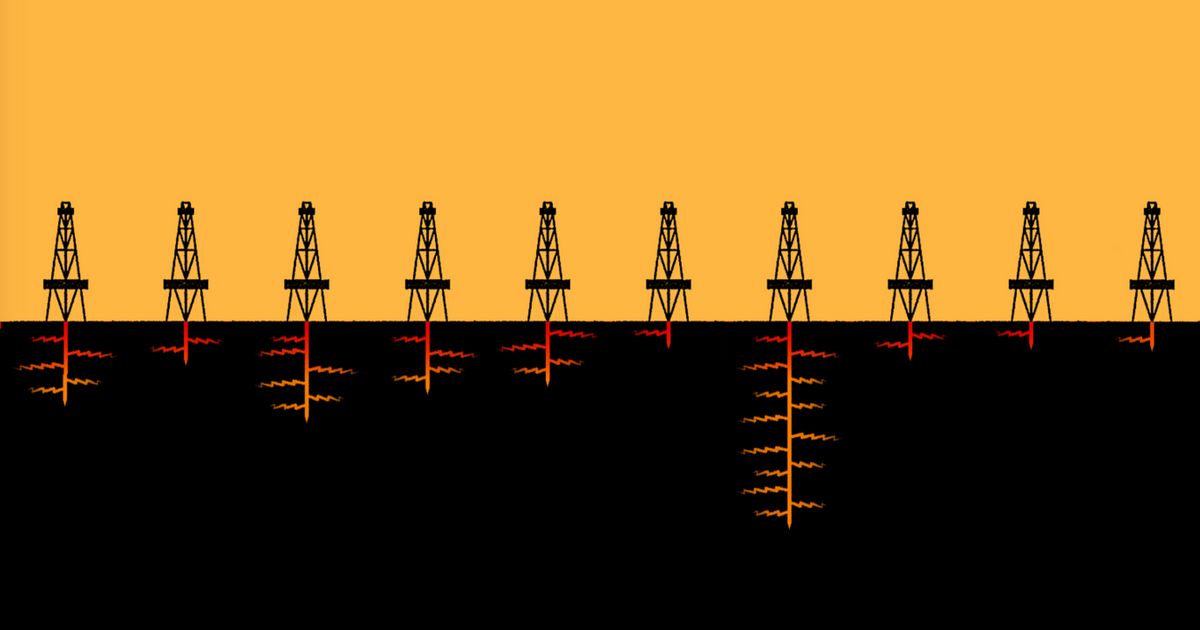 A new report published today by Friends of the Earth Scotland, 350.org and Platform reveals that across the UK, council pension fund investments in fracking companies totals over £9 billion.

Scottish councils are being urged to divest the £972 million of pension fund money currently in companies fracking overseas. Through their investments in fracking, Scotland’s councils are profiting from an industry that isn’t permitted in Scotland. 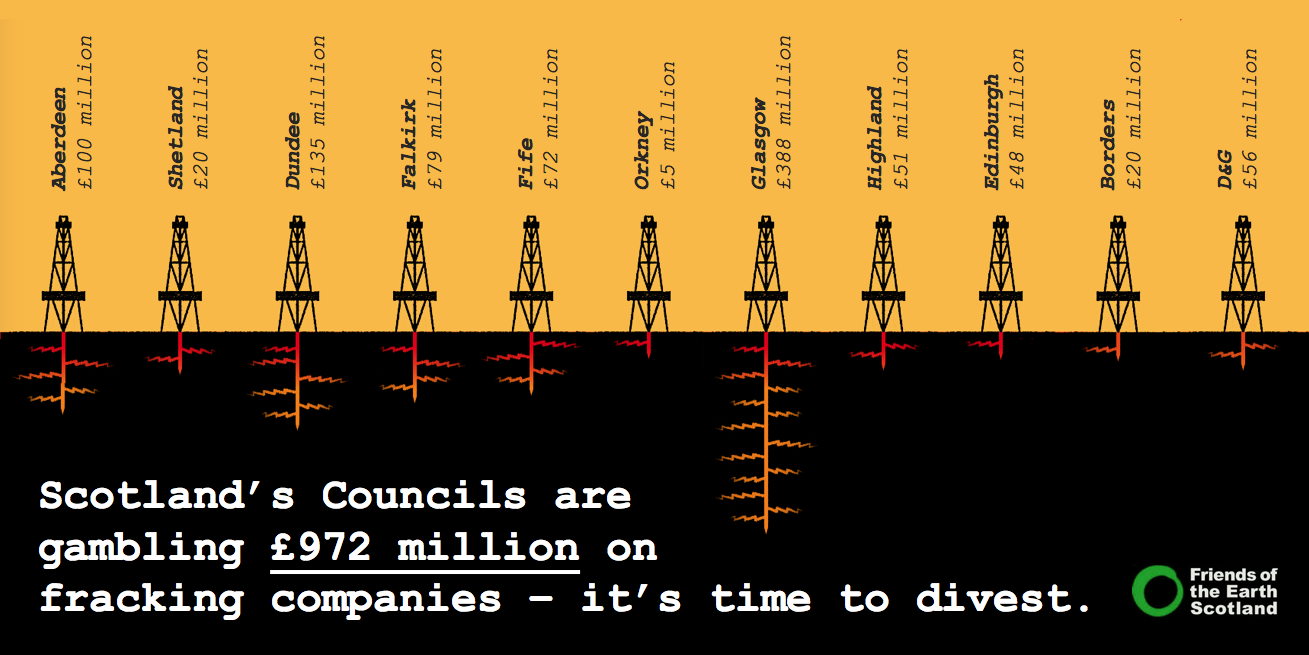 Glasgow City Council oversees investments of £388 million in these firms, Aberdeen has £100 million and Dundee has £135 million in similar companies.

The fracking industry undermines global efforts to tackle climate change. It threatens fragile ecosystems and scarce water supplies and is often forced through despite community objections. Councils fracking investments include major polluters such as ConocoPhillips, BP and Shell.

Over 60,000 people said no to fracking in last year’s Scottish Government consultation. This led to a Government policy of no support for fracking, also supported by Labour, Greens and Liberal Democrats in Holyrood. Campaigners are urging the Government to enforce the ‘effective ban’ on fracking through legislation.

Opening up new frontiers of fossil fuels like fracked gas whether here or in the US is completely irresponsible in the context of the global climate crisis. The Scottish Government and Parliament are right to oppose fracking because of the serious risks it poses to our environment and health.

If fracking is too dirty and dangerous for us here in Scotland we shouldn’t be trying to profit from it in other countries either.

The investments are held through the Scottish Local Government Pension Scheme which provides pensions for local government and associated workers. These funds are managed by Councillors who sit on Council Pensions Committees.

The pressure is now on SNP, Labour, Lib Dem and Green Councillors on these Committees whose parties oppose fracking in Scotland. They need to put in place an investment approach that supports a healthy future for us all, instead of making a quick buck from dirty industries like fracking.

Council pension funds in Haringey, Waltham Forest, Southwark and South Yorkshire have begun divesting from fossil fuels. Glasgow and Edinburgh University have made similar moves and just a few months ago, the Irish Parliament agreed to pull all of Ireland’s public investments out of fossil fuels.

Across the world over 900 institutions, with total investments valued at $6.17 trillion, have committed to divesting from fossil fuels.

How can I take action?

We’re asking people to email their local Councillors using our e-action. You enter your postcode and it will write a message to your Councillors telling them to end fracking investments.

There are better ways to invest our pension funds and Councils should be living up to their climate change obligations, investing in clean energy solutions, not more fossil fuels.

Email your MSP
This site uses cookies to store information on your computer. To find out how we use them please view our Privacy Policy.Accept AllNo Thanks
Manage consent