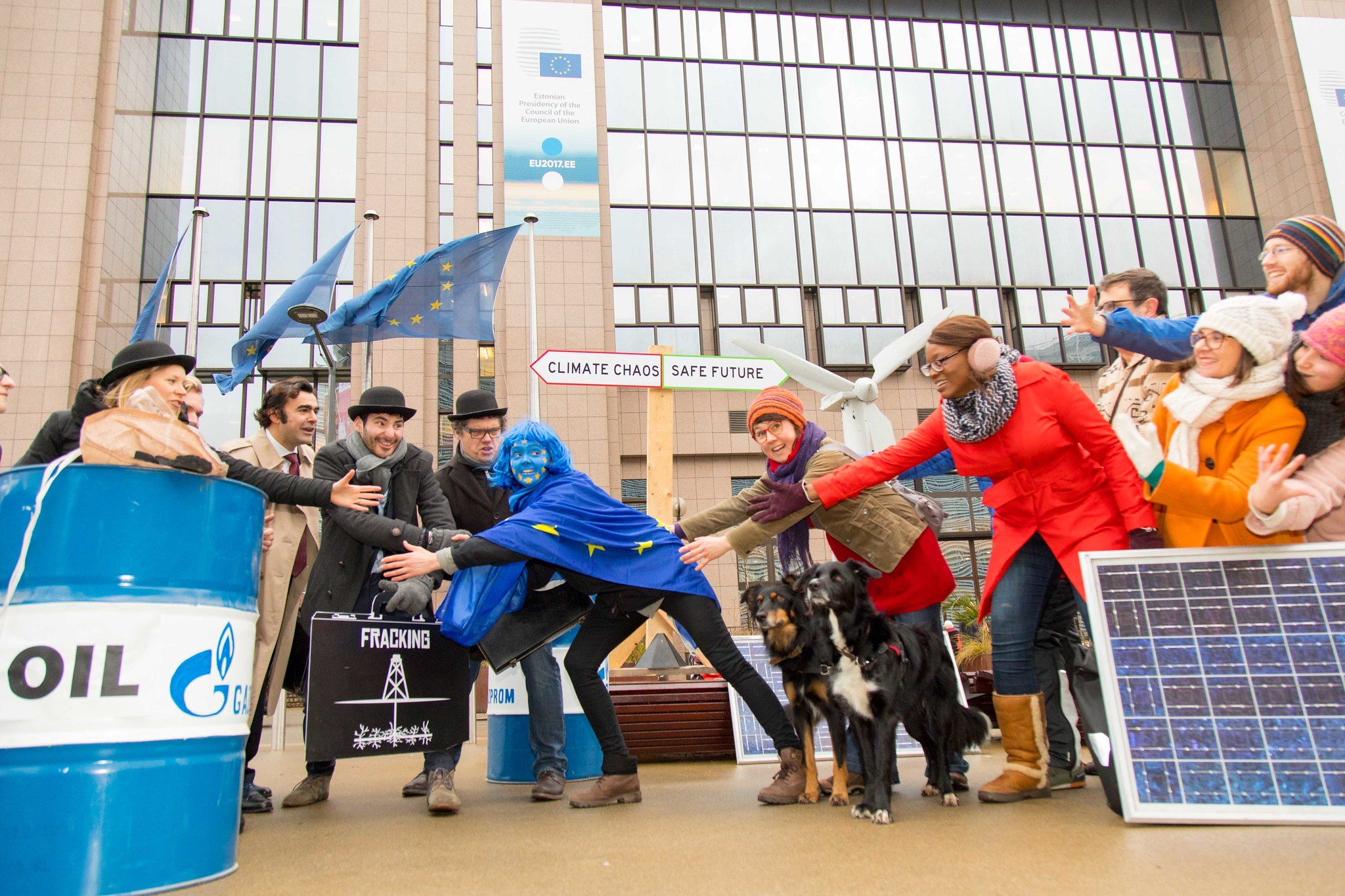 Europe and the climate

Home > Europe and the climate
17th December 2019 By Richard Dixon

The European Union is trying to regain the leadership it once had on climate change ambition. Last week, during the UN climate conference in Madrid they launched a plan for a European Green Deal. This follows a very hard-hitting report from the official European Environment Agency, which highlighted the major climate and nature crises that are affecting the continent and beyond.

The European Green Deal spells out increased ambition on climate change including a 50% cut in emissions by 2030 and net zero emissions by 2050, as well as new policies to stop the destruction of nature and begin to restore it.

The European Union used to be an important bloc driving forward action on climate change in the UN talks but over the last decade they have been paralysed by disagreements between countries who want to go much further and faster, like Sweden and France, and those who want to keep on burning their coal or protecting their car industry, like Poland and Hungary.

The new proposals are not strong enough to really address the climate emergency in a way which would represent Europe’s fair share – since European nations created the Industrial Revolution that set us on the path to disaster. There are also many areas were the proposals are not clear. For instance, a €100 billion just transition fund might be just what’s needed but paradoxically some of the money might end up being used to prop us failing fossil fuel production for years after the market would have killed it off.

Nevertheless, the strong language coming from Ursula von der Leyen, less than two weeks into the job of President of the European Commission, is very welcome, especially on fundamentally changing the way the economy works to reduce emissions. She described the new plan as Europe’s ‘man on the Moon’ moment – embarking on something hugely challenging – and talked about “growth that gives back more than it takes away.” The proposals cover climate ambition but also aim to tackle air pollution and reduce the negative impacts of our food production system.

Experienced European politician Frans Timmermans, Vice President of the European Commission since 2014, has been given the new role of developing and delivering the European Green Deal. Of course the UK will now have no role in shaping this.

When it came to it, hours of talks between European prime ministers and presidents saw the old tensions re-emerge with Poland opting out of the 2050 deadline, the Czech Republic insisting that nuclear power has to be included and no agreement yet on the 2030 target. Major efforts will be made to get everyone lined up to agree a strong deal at the next high-level meeting in June, so that Europe can go into the Glasgow climate conference at the end of the year with a credible claim to be aiming to be the first net-zero continent.

At the same time as European leaders were failing to agree, the Madrid climate talks were running in major extra time ending with a failure to agree rules for the inclusion of potentially disastrous new market mechanisms to trade carbon credits.

The EU and China are meeting in September to talk about climate change, and the results of those conversations will also be an important factor in the success or failure of the Glasgow talks.

Ambitious words from the European Commission are welcome but there needs to be serious diplomatic work over the coming year for anything like an ambition plan of action to be agreed before the climate talks in Glasgow.

Dr Richard Dixon is Director of Friends of the Earth Scotland. A version of this article appeared in The Scotsman on Tuesday 17 December 2019.