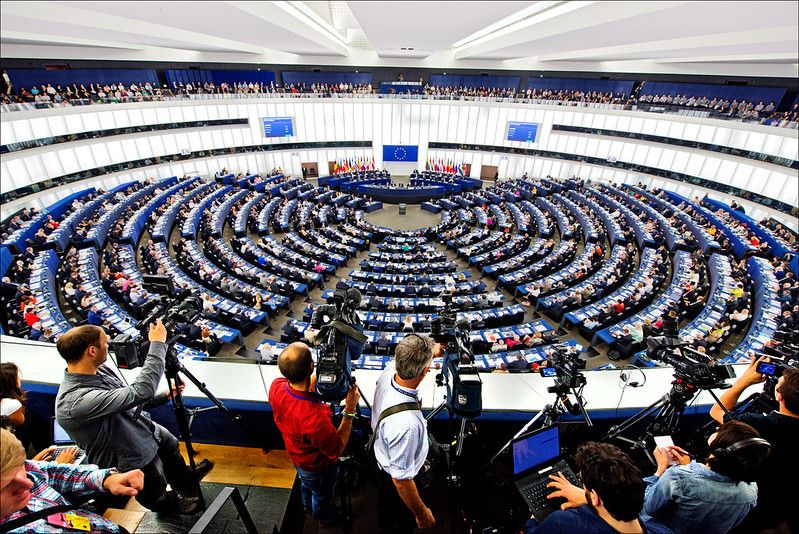 This month saw the release of an unusually hard-hitting report from the official European Environment Agency, which highlighted the major climate and nature crises that are affecting the continent and beyond. The report warned that Europe is at an environmental tipping which threatens the economy.

The UK might soon not be in the European Union but we are still contributing to the same environmental problems and feeling the same damaging impacts. The EEA highlight the triple whammy of increasing climate change, rapid declines in the health of the natural work and our over-consumption of resources. Gradual policies are no longer enough, things need to change rapidly if we are to head off these threats.

This state of the environment report is produced every five years with this one produced early to inform the European Commission’s brewing Green New Deal. Looking at data for 39 countries the report scores 35 key measures of the health of the environment. Only six of them look on track to meet 2020 targets.

There are individual snapshots of success and failure, from the improving breeding success of white-tailed eagles in Sweden to the drastic decline in grassland butterfly numbers across the continent. Despite decades of legal protection only 25% of Europe’s protected species are in good health. For protected habitats the number is only 16%. This report follows a global report on the state of nature for the UN earlier this year which said that a million species are threatened with extinction and the rate of extinction is accelerating, and that food and water supplies are at risk in all regions of the world.

Freshwater quality is improving but still way off showing good status for all water bodies by 2020. About a fifth of people on urban areas are exposed to polluted air exceeding at least one health standard.

European climate emissions have declined about 20% since 1990 but are well off track to meet current targets for the next decade, let alone much tougher targets being proposed under the Green New Deal. And that’s without taking account of the real climate impact from all the consumer product bought in Europe but made elsewhere, especially in China.

The report does say that is not too late to turn things around and recommends some of the kind of transformational policies that are necessary to stabilise the environment across Europe. They point the finger squarely at the food, energy and transport systems. The policies they mention include banning petrol and diesel engines, as public transport is scaled up, ditching fossil fuels for heating and power to go completely renewable, reducing meat and dairy consumption, changing how we do agriculture and designing out waste from products.

They also call for a change of direction from the finance sector to support a green future rather than a fossil-fuelled one, and for the need for a fair transition for workers and communities to run through all the changes to come. Not surprisingly they say we should start by actually delivering properly on all the European laws protecting the environment and nature.

The EEA report sets the challenge as one of transformational change over the next decade. Acting together, and ideally with the UK as a partner, Europe has a short time to turn things round, to create a radically different approach to economic development which protects and enhances the environment and nature.

A version of this article appeared in The Scotsman on Tuesday 24th December 2019.