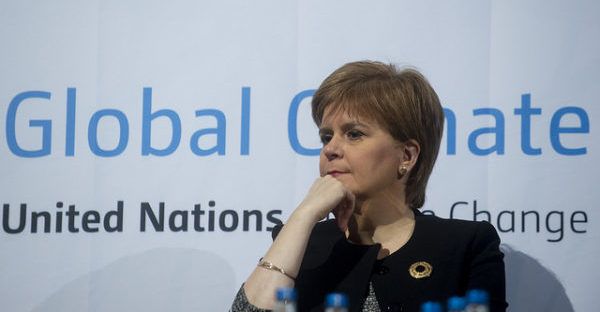 First Minister Nicola Sturgeon was at the UN climate talks (COP24) here in Poland yesterday, talking about the need for developed countries to lead on climate. But the Scottish Government’s actions tell a different story.

The First Minister took to the stage at the UN climate talks (COP24) yesterday, sitting alongside the UN Secretary-General, the UN climate chief and the COP24 President. She was there to take part in a ‘fireside chat’ with the CEO of a cement company on long term strategies for a climate neutral world. Timely, as the Scottish Parliament is debating our own long term strategy for tackling climate change in the new Climate Change Bill. 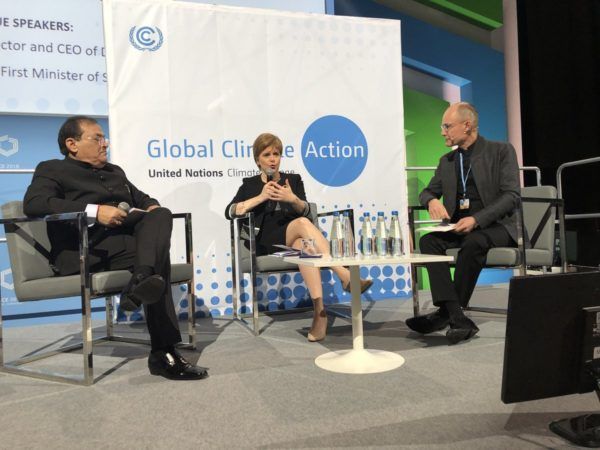 She spoke about the recent IPCC report as a ‘call to action’, about the need to ‘accelerate the pace and scale of our actions to tackle climate change’ and set more ambitious goals.

Sadly, we don’t see any of these fine words reflected in her government’s new Climate Bill. The proposed targets fail to deliver the urgency, ambition and action that the Paris Agreement and the IPCC report show is necessary to limit catastrophic warming.

Scotland’s climate goals are not enough

Rather than accelerating the pace of action in the vital next decade, they’re coasting on the same path to 2030 that was first agreed nearly 10 years ago. And instead of ‘taking the lead’ as Nicola Sturgeon said yesterday, their targets aim only for the midpoint of the IPCC range – not good enough for a wealthy, industrialised country who has made good progress to date.

Meanwhile, the Scottish Government continues to support new oil and gas exploration and extraction. While the First Minister was here speaking about climate leadership at the UN, the SNP at Westminster voted with the Conservatives for tax relief to help oil and gas companies squeeze out every last drop from the North Sea.

It’s time for things to change.

What does Scotland need to do on climate?

We took the opportunity while here at the talks to introduce the First Minister to our FoE International colleagues Dipti Bhatnagar from Mozambique, Riccardo Navarro from El Salvador, Mariana Porras from Costa Rica and Babawale Obayanju from Nigeria and Young Friends of the Earth Africa.

They told her about the climate impacts already harming their countries and communities, and the urgent need for wealthy, developed countries such as Scotland to lead the way in tackling climate change. The IPCC’s special report on 1.5 is a game-changer which requires the bar for climate leadership to be raised considerably higher.

As the First Minister said ‘the people are running ahead of Governments’ and that’s a good thing. But the Governments need to catch up quick. Our very survival – whether in the rich north or the global south – depends on it.

So who will the First Minister choose to listen to? Those voices who told her of the impacts they’re enduring right now or her fellow politicians and the polluters who want to slow action?

We have the solutions, we know what we need to do, now let’s get on and do it. There’s no more time to waste. It’s time for deeds not words.