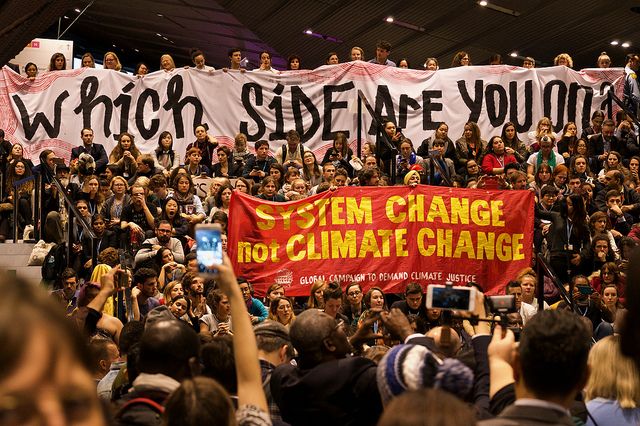 A year ago today saw the publication of the seminal 1.5ºC report from the IPCC – the official grouping of the world’s climate scientists. The report painted a stark picture about how awful the world would be at 2ºC warmer than pre-industrial times. It also talked about how little time there is left to head off that future.

It’s been a remarkable year since then, with the Global Climate Strikes, a last minute boost for Scotland’s climate targets in the new Climate Bill and last week a final(ish) decision not to allow fracking in Scotland.

And of course the announcement that the 26th annual United Nations climate conference would be held in Glasgow in November 2020. Getting a climate conference is very prestigious. If you’re lucky you end up with some important international accord or agreement named after one of your cities. 30,000 delegates, 200 world leaders and perhaps 300,000 demonstrators will converge on Glasgow. It would be nice to think our politicians north and south of the border could work together on something so vitally important. Sadly not.

When the UK climate minister Claire Perry came to Glasgow to announce the climate conference was coming to the city she deliberately didn’t tell the Scottish Government.

Civil servants from Scotland have been attending the conferences for twenty years but at first devolved ministers were refused an official place and since have been barely tolerated rather than embraced. At one of these meetings some years ago the Scottish delegation admitted to me that the staff in the UK delegation would not even share the conference phone directory because they did not want the Scottish Minister arranging meetings with other countries.

Every year the Scottish team have made their own programme of engagements for Ministers, and sometimes the First Minister, from meeting other countries (shocking behaviour) to speaking at major events, from participating in religious events to spending time with charities from around the world.

When the G8 meeting came to Gleneagles in 2005 there was a tense behind-the-scenes argument about whether our First Minister Jack McConnell would be allowed a role, and that was when the governments in Scotland and the UK were of the same party.

Of course it is the UK which is hosting (actually jointly with Italy) but Scotland has many useful things to contribute. Last year in Katowice the Polish government hosted but the region of Silesia got to have a stand inside to butter up the official delegates. It was made of coal, mind you.

No doubt delegates in Glasgow will see some tartan, whisky and shortbread but Boris Johnson was never going to allow Nicola Sturgeon a major platform to point out that Scotland’s climate targets are considerably tougher than the UK’s and how much more ambitious we are on renewable energy, phasing out fossil fuel cars or restoring peat bogs.

Perhaps the UK government will go against form and properly include Scottish and Welsh First Ministers. After all who knows who will be running the UK by then. More likely the Scottish Government will find its own ways to participate inside and outside the official halls.

We don’t think the Scottish Government is going far enough but it’s aiming higher and doing a lot more than most countries. The world desperately needs to hear about good examples.

Dr Richard Dixon is Director of Friends of the Earth Scotland