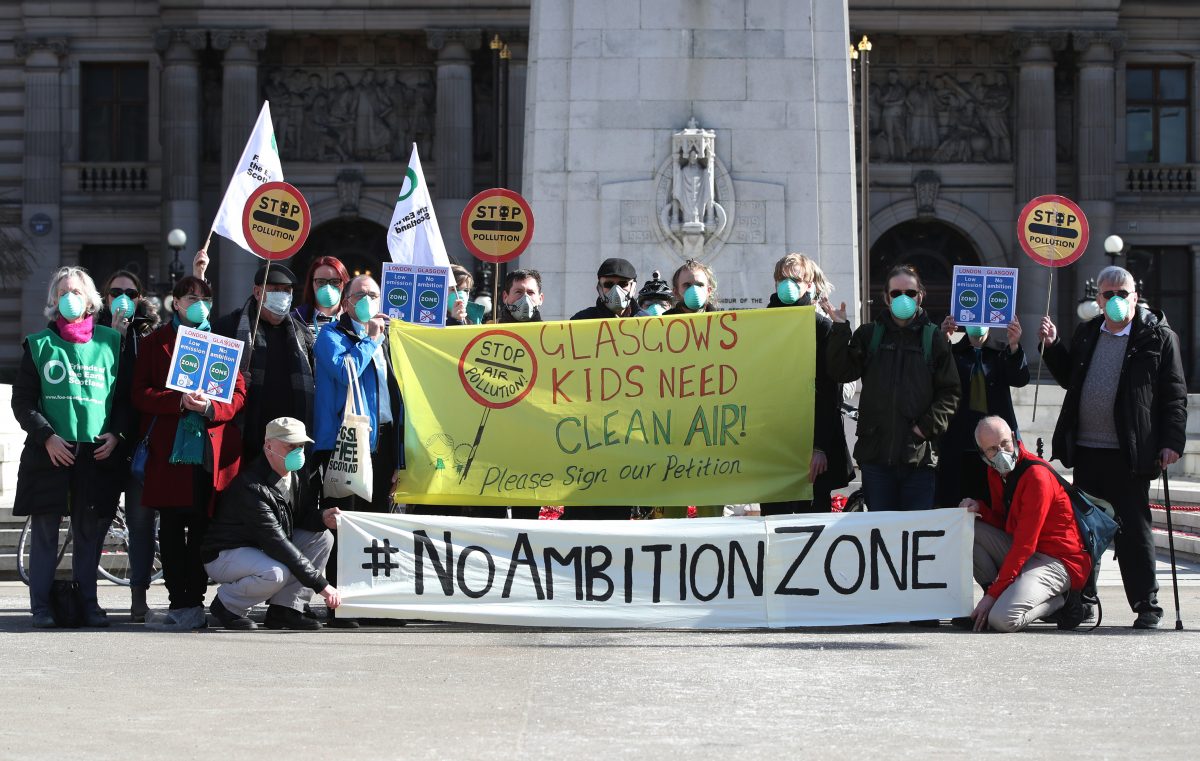 Hundreds of people have signed our letter calling on Glasgow Council to improve their Low Emission Zone plans. However, they seem determined to stick their unambitious proposals. The Council is even calling its proposals “progressive”. Here is why they are not, and what is needed to fix them:

The Council’s proposal would see cars, taxis, vans and lorries included in the Zone by December 2022 – pushing the introduction of the LEZ into the next electoral cycle and a whole four and a half years from now. While Councillors have made much of the need for lead-in times, by comparison, Oslo announced in 2015 that it would be entirely car free by 2019. London’s T-charge was announced in May 2016 and introduced in October 2017.

Here’s the thing: with cars due to be Euro 6 in Glasgow city centre by December 2022, this won’t hurry up natural vehicle turnover which is the whole point of a LEZ. Euro 6 was the new standard for cars from 2015 and the average length of time people keep a car is six to eight years, taking us to roughly 2021/2023. It is believed that Euro 7 will come on the market in 2021 or 2022. The LEZ therefore runs the risk of doing absolutely nothing.

Let’s also remember that Low Emission Zones were first put on the table in Glasgow back in 2008, with a feasibility study conducted in 2010. Then Low Emission Zones were promised and not delivered in 2014 as part of the Commonwealth Games. The Scottish Government finally announced, in response to a court ruling, that Scotland’s first LEZ would be in place by 2018.

(2) Not the most stringent environmental standards

It has been claimed that this LEZ would set the toughest emissions standards for vans, taxis, cars, and lorries at a Euro 6/VI standard. Of course this is not the case, with electric vehicles causing no pollution on the street. The growing market for electric cars includes plenty of cleaner models, with electric buses and vans already operating in Glasgow and electric lorries soon to join them on our streets.

(3) Pandering to the bus companies

The proposals would see as little as 40 buses retrofitted in the first year and not force all buses in the city centre to become fully Euro VI compliant until 2022. This is embarrassingly slow and fails to make use of public funding which has been made available – which could see 440 buses improved in the first year alone – without bus companies having to invest their own money (which we think they should). With the Transport Bill proposing ways for councils to impose tougher conditions on bus companies, the Council could be much more demanding of the bus companies.

A lot has been made of this Low Emission Zone with sensational headlines suggesting that three quarters of all cars will be hit imminently with fines, but let’s keep it in perspective: the area of the zone is roughly one and a half miles across (and it won’t apply to cars for years!). This is a small area where some vehicles will not be permitted. Edinburgh City Council will be consulting on proposals which would see everything within the city bypass area captured (about 8 miles across). For Glasgow, more ambition then can be focused into such a constrained area and restrictions can be brought in sooner.

What should be done?

We agree that this Low Emission Zone needs to start small and then improve – but things are progressing at the slowest pace possible.

When Glasgow’s Environment Committee met in March, it suggested improvements to the plans: bringing forward the date by when all vehicles would be included to April 2021, and putting road user charging on the table. The final report reverses this progress demanded by Councillors, Glasgow residents and those concerned about air pollution. Along with ten other organisations and nearly 400 members of the public, we have written an open letter to the Council which says:

The stakes are high: 300 early deaths a year in Glasgow could be prevented if the public had the clean air it was legally entitled to breathe.

Donate to support our air pollution campaign
This site uses cookies to store information on your computer. To find out how we use them please view our Privacy Policy.Accept AllNo Thanks
Manage consent