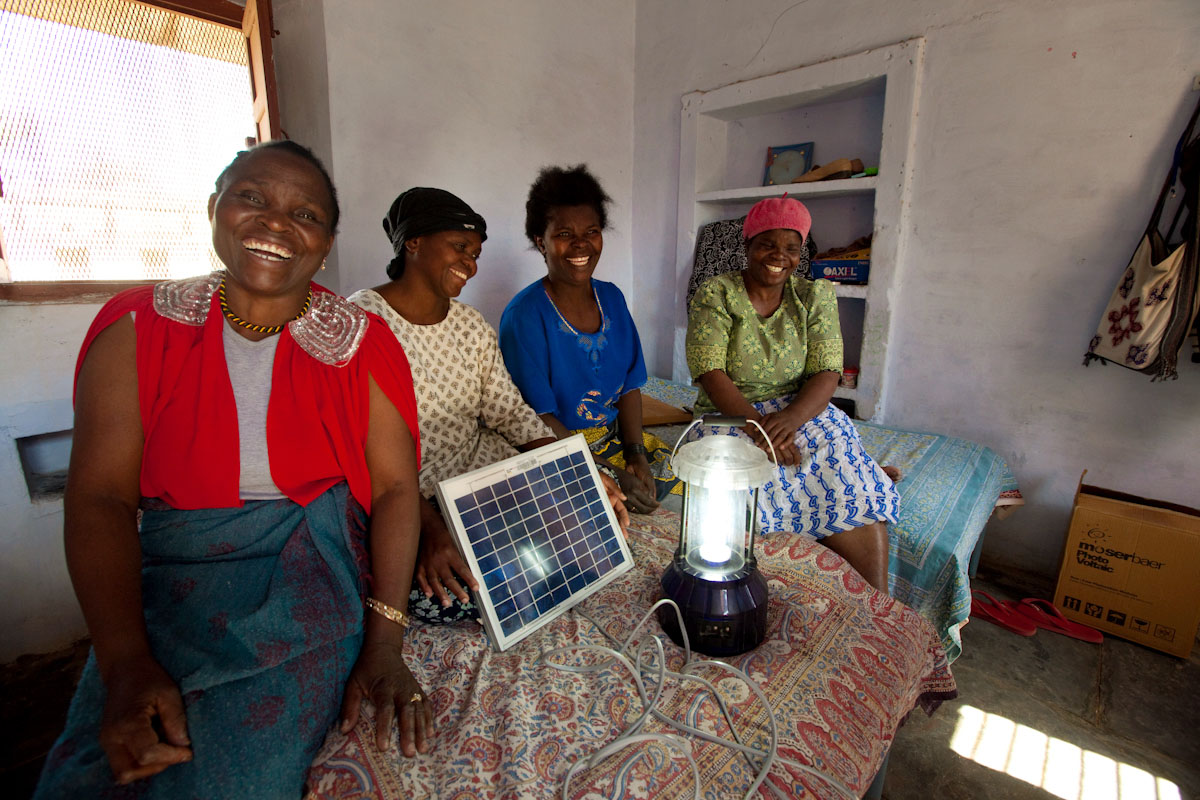 Three in four of the world’s people without electricity are in Africa with around half the continent’s population, nearly 600 million, having no access. The covid pandemic has made the situation worse with the number without electricity going up after nearly a decade of progress in slowly reducing it.

Friends of the Earth Africa have recently published a report which looks at how to bring electricity to everyone with a 100% renewable energy system.

‘A Just Recovery Renewable Energy Plan for Africa’ found that shifting from the current mix of dirty energies to a fully renewable energy system is both technically and financially feasible, with over 300GW of new renewable energy needed by 2030 – a goal endorsed by the African Union – and over 2000GW by 2050. For comparison the European Union countries currently have around 200GW of wind power.

Africa is already feeling the impact of climate change strongly with droughts and floods threatening food supplies and livelihoods and impacts from rising sea levels and stronger storms around the coast including three devastating cyclones in the last three years .

Future climate change will see temperatures rising faster in Africa than in other inhabited parts of the world. Yet the average person in Africa is responsible less than a sixth of the emissions for an average European, and around a fifteenth of those for an average resident of the US.

Africa has huge potential to create renewable electricity, especially from solar and wind. The potential for these existing renewables technologies in Africa is a thousand times the expected future demand, yet progress on installing renewables is far behind the rest of the world.

The starting point for this plan is to create an energy system that is socially owned and democratically controlled, acting to serve communities, protect nature and respect land rights. Renewable energy systems are automatically decentralised rather than centralised like current systems which rely on a small number of massive fossil-fuel power stations. This suits local control, creates local jobs and minimises the losses of transporting electricity long distances.

The other key ingredient of the plan is a just transition for worker in fossil fuels to the seven million new jobs in renewables that the report predicts by 2050.

This transition would require an investment of about $130bn a year, starting with some of the covid recovery money that countries are planning to spend but also part funded by climate finance from industrialised countries under the UN climate agreements.

Last week I wrote about China’s decision to stop funding coal projects overseas. In future, this same investment stream could instead be wiring up Africa with renewable energy.

Even if we in industrialised countries didn’t owe a historical debt for being among the first nations to start changing the climate, helping countries reduce emissions around the world is very much in our own survival interest.

Despite its huge renewable energy potential most African countries are still heavily dependent on fossil fuels. For the sake of Africa, and the global climate, it’s time to turn that around.

Dr Richard Dixon is Director of Friends of the Earth Scotland. A version of this article appeared in The Scotsman on 7 October 2021.