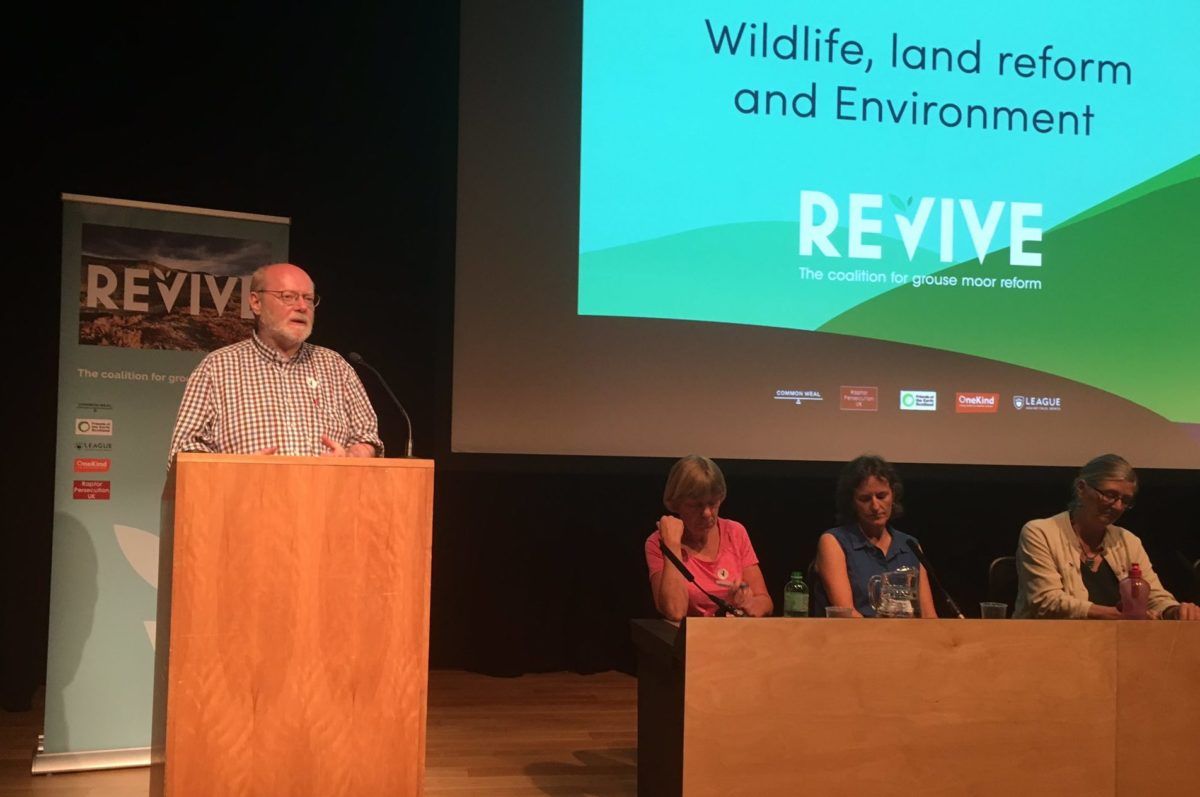 July was the hottest July the planet has ever experienced, right now fires are raging out of control across millions of hectares of Siberia and this summer’s killer heatwave across Europe was made five times more likely because of climate change. We really are in a climate emergency.

The 2009 Scottish Climate Act requires us to reduce our total emissions by at least 3% every year. The new Climate Bill currently being debated will need even faster changes. Every sector is meant to contribute. Any sector that reduces emissions by less than 3% a year means other sectors have to do even more.

Grouse Moors are high in peat

This is a very serious issue for grouse moors, because much of that land is high in peat, and peaty soils contain a massive amount of carbon. In fact, there is nearly 25 time as much carbon locked up in Scotland’s peaty soils as there is all the trees and plants in the UK. If that carbon were to escape it would be the equivalent of 140 years’ worth of Scotland’s current total emissions.

When they are in good condition peatlands form new peat and lock up more carbon from the atmosphere, perhaps as much as three tonnes a year for every hectare. But four-fifths of our peatlands are classed as degraded, meaning that they are haemorrhaging carbon into the atmosphere instead of locking it up.

Peat on grouse moors is not in a steady state. It is regularly subjected to burning to create more favourable conditions for grouse. There is surprisingly little research on the impact of this muirburn. Obviously burning off the vegetation releases carbon, but the vegetation that grows back takes carbon back out of the atmosphere.

A big study by researchers at the University of Leeds looked at grouse moors in the Pennines which use similar burning patterns to grouse moors in Scotland. Comparing areas which where regularly burned with areas that were never burned they found a reduction in nutrients in the soil and concluded that the peat was significantly more likely to dry out, leading to the release of carbon. In the worst case the peat itself can catch fire, resulting in major loss of carbon.

There is a Muirburn Code, updated a couple of years ago, which advises moorland managers not to carry out burning in areas of peat. But this is only advice, it does not have to be followed. There are no national statistics collected on how much of the Scottish uplands are burnt every year and almost no enforcement of what is supposed to be best practice.

There will be an increasing focus on the contribution of peatlands to climate change. Peatlands are not properly included in how emissions are measured internationally. This will change when they are fully included in 2021, turning what has looked like a resource that soaks up carbon dioxide into something that is emitting carbon. Our carbon targets will get even harder to meet, resulting in new pressure on anyone managing areas of peat to do everything they can to get that peat into good condition.

Even if you think it is reasonable to rear grouse so they can be driven in front of the guns of drunk rich people for the ‘sport’ of killing them, even if you think the routine illegal killings of birds of prey and legal slaughter of incredible numbers of mountain hares, crows, foxes and other animals is acceptable, the climate emergency means that the management of all the peat-rich grouse moorland in Scotland will have to change radically.

Dr Richard Dixon is Director of Friends of the Earth Scotland. A version of this article appeared in The Scotsman on Tuesday 13th August.

Friends of the Earth Scotland are part of the Revive Coalition which is working for grouse moor reform in Scotland. Find out more at http://revive.scot

The case for Reforming Scotland’s driven grouse moors from Revive on Vimeo.