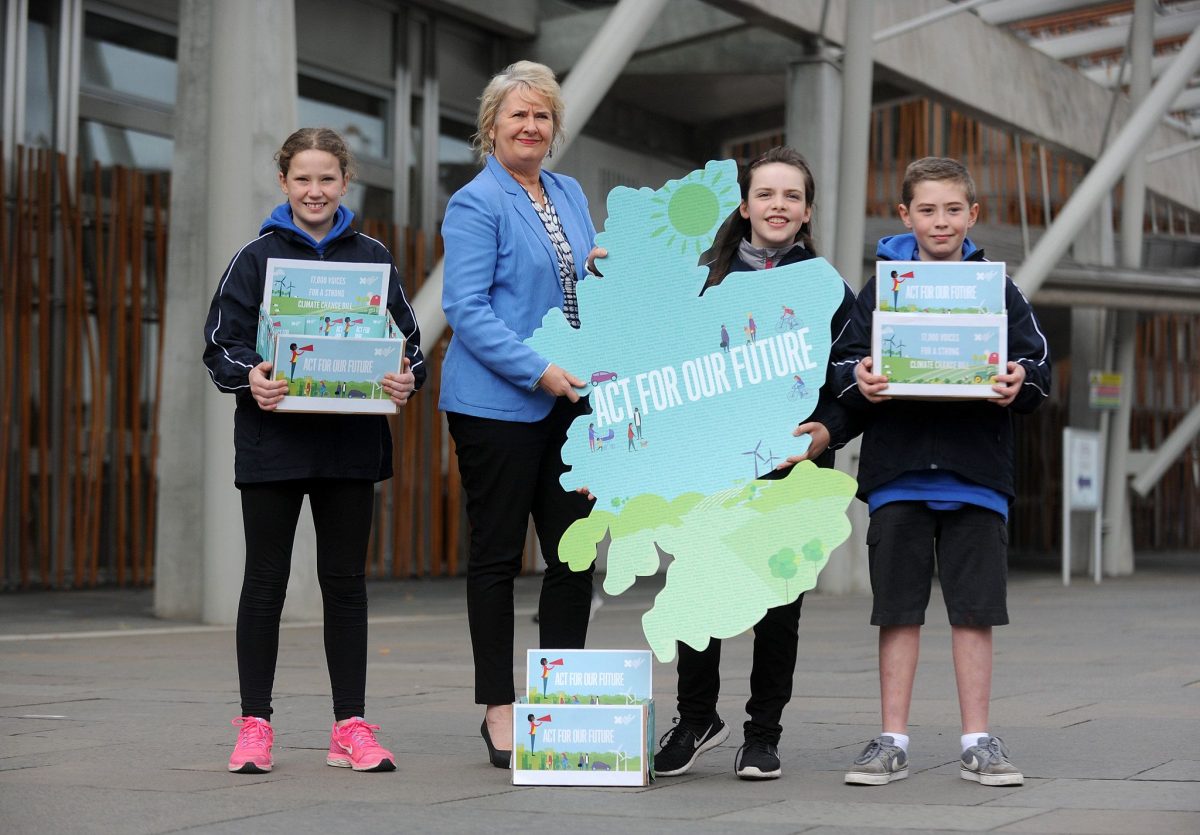 Small countries can make a difference. At the Copenhagen climate talks in 2009 over a hundred smaller and poorer countries issued a strong call for action to limit climate change to 1.5ºC. This shifted the focus from aiming at 2ºC, and eventually led to the Paris Agreement commitments to keep global warming to under 2ºC, with efforts towards 1.5ºC.

In Scotland we have made great strides on moving from a coal-dominated electricity system to one where the biggest source of power is renewable energy. We have among the toughest future climate targets of any industrialised country and a track record better than most on actually reducing emissions – we are aiming for net zero emissions by 2045 with a 75% reduction on 1990 levels by 2030. For comparison, as a bloc Europe is currently aiming for 50-55% by 2030 and almost no European country has targets as tough as Scotland’s.

We can argue about whether we’ve done enough and whether we’re aiming high enough (and we often do), but it is certainly true that Scotland is doing better than most wealthy countries.

How can we harness that good example? With the UN climate talks COP26 coming to Glasgow in December of next year there will be a global spotlight on Scotland’s record on climate change, from the public, from the media and from the other countries coming to negotiate the next steps in reducing the world’s emissions.

What countries are committed to doing

A key tool of the international climate process are Nationally Determined Contributions, which lay out what targets a country is aiming for and how it plans to get there, and may also contain information on how they expect to help other countries. In UN jargon they are called NDCs.

The 2015 Paris Agreement sets the framework for these NDCs and requires every UN member state to produce a revised plan, with more ambition, this year. The new plans are crucial because current plans put us on track for a catastrophic 3 or 4ºC of warming.

One of the central discussions in Glasgow will be about the NDCs, whether they collectively add up to enough, whether they are realistic, who’s aiming for what by 2030, who clearly wasn’t serious when they wrote theirs and which contain good examples others can learn from.

The UK has been part of the EU’s NDC but, as a consequence of Brexit, is now developing its own. The Scottish Government feeds into this work, but Scotland does not have its own NDC.

The Stop Climate Chaos Scotland coalition has just written to Climate Secretary Roseanna Cunningham asking her to commit to producing a Scottish “indicative” NDC in the run up to the Glasgow talks.

This should be a simple task because our submissions to the UK NDC mean much of the work is already done and a detailed Climate Change Plan on how to meet our targets is due out at the end of the year. We also already have a positive story to include about the Climate Justice Fund, a small but effective programme of work funded by the Scottish Government in four African countries since 2012.

There could be no better way to bring together past progress and future ambition in an internationally recognised format, showcasing what we have done, highlighting the 2030 target and developing and cementing our future plans in the context of global climate action. As a small nation with a number of really good stories to tell on climate change, we are in a unique position to use the UN NDC system to get those stories out and press for greater global action.

Dr Richard Dixon is Director of Friends of the Earth Scotland. A version of this article appeared in The Scotsman on Tuesday 25th August 2020.