The UN climate negotiations (a.k.a COP26) is scheduled to take place in Glasgow in November 2021. This page explains what COP26 is and why it matters.

What is COP?
Will COP26 take place in person, move online or be delayed again?
COP26 is an opportunity for climate action in Scotland
Who attends the climate summit?
How can I get involved?

COP is an abbreviation of ‘Conference of the Parties’ to the United Nations Framework Convention on Climate Change (UNFCCC) –  also known as the UN climate conference, climate talks, climate summit or climate negotiations!

COPs have been taking place every year since 1995 – the Glasgow summit will be the 26th meeting of this kind which is why it’s known as COP26. COP26 is planned to take place on the 31st October – 11th November 2021 at the SEC in Glasgow. The summit had been scheduled for November 2020, but was postponed due to the Covid-19 pandemic.

The annual climate conference is the main forum for negotiations on global efforts to tackle the climate crisis. It is also a space where the reality of global geo-politics and global inequality is laid bare. In fact, climate justice activists have described these talks as “negotiating who lives and dies.”

Will COP26 take place in person, move online or be delayed again?

The ongoing Covid-19 pandemic raises major challenges in safely hosting an international conference like COP26. The UK Government, as the official hosts of COP26, maintains it will take place in person at the Scottish Events Campus in Glasgow. However, it’s possible that some aspects of the summit may move online, and its likely that numbers attending – particularly of international civil society delegates – will be impacted.

We are opposed to the negotiations moving online. Equally, the climate talks should only go ahead in person in November if it is safe to do so, and if not they should be delayed again.

Far from increasing accessibility as some have suggested, a shift to online negotiations would seriously disadvantage global South participation due to major challenges with digital connectivity, interpretation and in co-ordinating across multiple time zones. Preparatory negotiations in June were moved online, and parties struggled with power cuts and other interruptions making it extremely difficult to follow complex discussions. Online negotiations would also significantly reduce the access and influence of civil society on the talks: you can’t protest an online summit!

Any further delay of COP26 negotiations is no excuse for inaction on the climate emergency. The framework for global action is already established under the Paris Agreement and does not require a formal COP process to progress.

To ensure the talks happen safety and equitably we are calling on the UNFCCC and UK Government to: 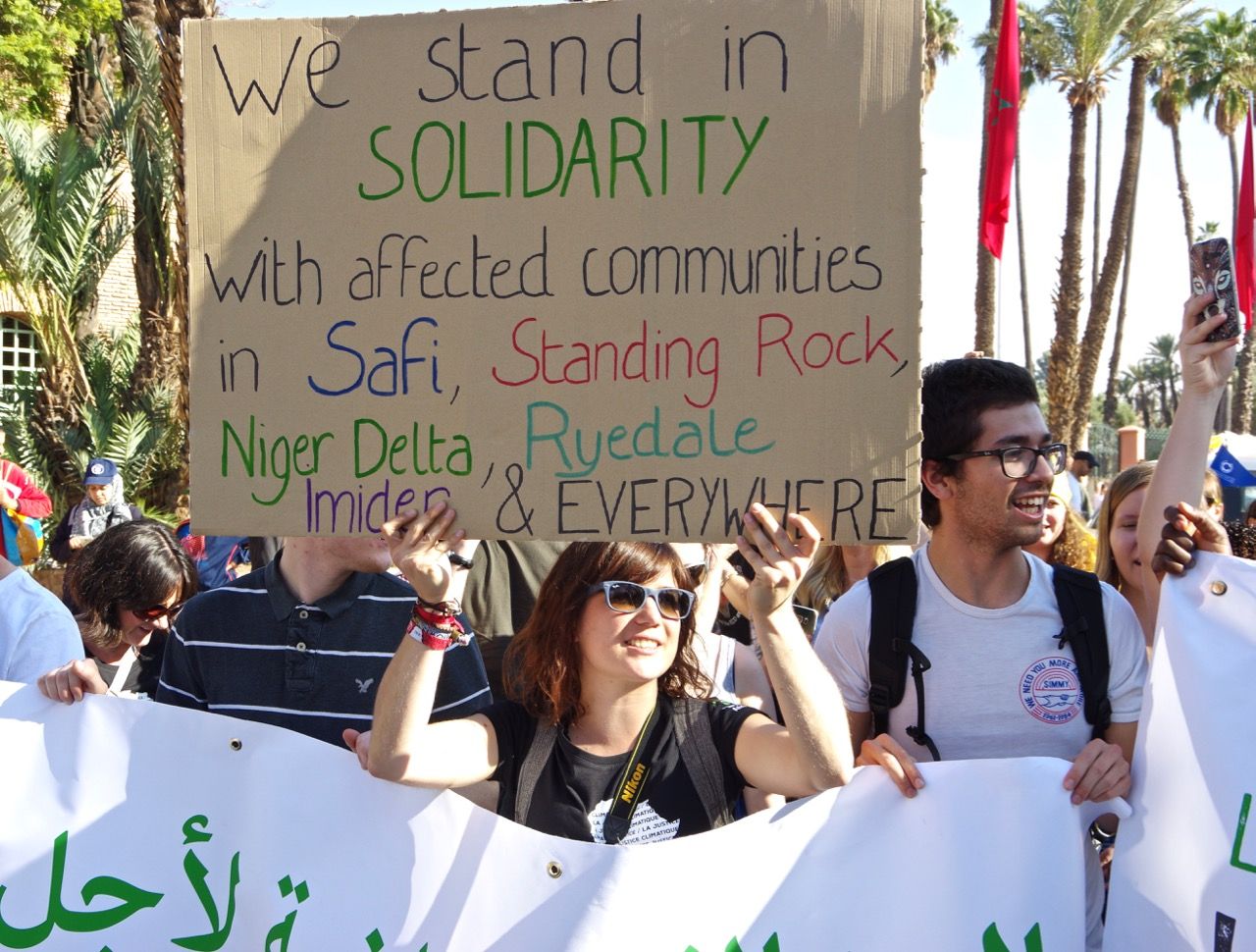 COP26 is an opportunity for climate action in Scotland

Each year COPs are a major focus for the climate movement, which seeks to both influence the negotiations and use the summit as an opportunity to build momentum around climate action in the host nation.

Thousands of climate justice activists and international organisations travel to COPs to participate both on the ‘inside’ of the official UN summit and on the ‘outside’, with a whole host of civil society organised activities and events, giving us an incredible opportunity to connect and learn from each other.

Part of our role in the climate justice movement is to ensure that the voices of those most at risk from the climate crisis are heard in and around the summit. This means voices from the global South, Indigenous People and frontline communities at home and overseas.

The COP provides a hugely important opportunity to grow our movement in Scotland, and make demands for bold local and national action while the spotlight is on our climate efforts. The fight for climate justice won’t end when COP26 leaves town!

Who attends the climate summit?

An estimated 30,000 delegates from around the world are expected to attend COP26 in Glasgow, depending on the public health situation. This includes thousands of official negotiators, representing 197 different countries in the talks. Representation between rich and poor countries is far from equal.

Civil society organisations – grouped by the UN into what’s called ‘NGO constituencies’ (including environmental and climate justice organisations, Indigenous Peoples, trade unions, women and gender groups, youth networks, and farmers) also attend as ‘observers’ to the talks. And of course the world’s media also come to town. Friends of the Earth Scotland regularly attend COPs as observers, as part of the official Friends of the Earth International delegation. Here’s a breakdown of who attended the talks in Madrid last year.

Civil society observers have access to many, but not all, inside spaces and can organise events, press conferences and protests. We play a really important role in putting pressure on governments, highlighting key issues arising in the negotiations and protesting when the talks are going in the wrong direction.

Our actions (both ‘inside’ and ‘outside’ official UN spaces) can help shape the outcome of the talks. For example, the combined impact of half a million people ‘outside’ on the streets of Madrid last year and a co-ordinated ‘inside’ civil society resistance helped stop a really bad deal on carbon markets going through.

However, business is also a designated official ‘NGO constituency’ meaning fossil fuel companies access the talks seeking to influence the outcome in harmful ways. In fact Shell, the world’s 9th biggest carbon polluter, has boasted of having written part of the Paris Agreement. We’ve already seen attempts by oil and gas companies to lobby the Scottish Government around COP26, and the UK Government is bringing on board a whole suite of corporate sponsors. A civil society campaign to kick polluters like Shell out of the COP is gaining momentum – you can support it here.

How can I get involved?

Find out more about ways that you can get involved with the plans for Glasgow Climate Summit COP26: visit this page

Learn more about the UN climate talks, key issues to be discussed and how to get involved at our COP26 information homepage

Read some of our blogs from previous UN climate talks

Key issues at the 2019 climate talks

A look ahead at the big issues at the UN climate talks in Madrid, 2-13 December....

We can’t buy our way out of the climate crisis

Support our work on climate change

Another “nail in the coffin” for Cambo