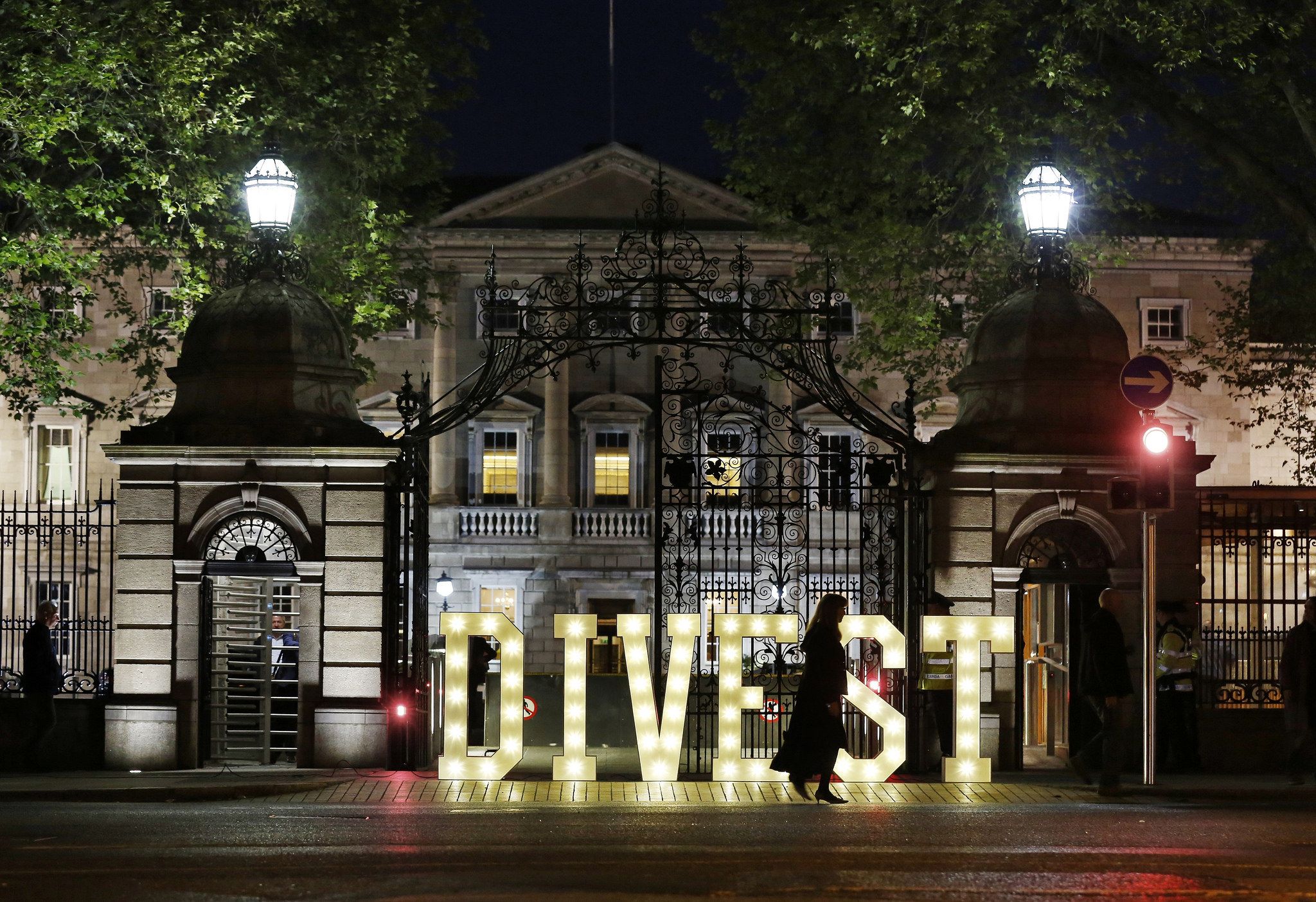 How to divest a nation from fossil fuels

Scotland as a nation is still heavily invested in the companies most responsible for climate change. To get a glimpse of how we might turn this situation around we need only look across the Irish Sea. The Republic of Ireland’s world-beating divestment policy provides a fantastic example for Scotland to follow as it moves to establish its new public bank, the Scottish National Investment Bank.

Ireland’s parliament, the Oireachtas, passed the Fossil Fuel Divestment Bill in July 2018. It’s a very simple piece of law that instructs Ireland’s Strategic Investment Fund not to invest in new fossil fuel supply companies, and to wind down its current investments within five years.

This is no small task, the Fund had €318 million invested in 150 fossil fuel companies. But its significance was huge. By voting for the Bill, Irish parliamentarians made their country the first on earth to have a national-level fossil free commitment.

No single party held a majority in the Oireachtas and collaboration between non-governing parties helped gather support. Thomas Pringle, the independent TD (member of parliament) who sponsored the Bill described it as a “testament to cross-party cooperation.”

The politicians were reacting to pressure from a coalition of grassroots and established groups, including Catholic aid agency Trócaire and the Global Legal Action Network. They began their campaign in 2016, pressuring TD’s, over 50 of whom went on to write to the Minister for Finance.

Ireland’s divestment campaign emphasised the need to do more to realise climate justice at home. In his evidence, Pringle said passing the Bill was a matter of “moral obligation and an existential expediency” to back international agreements on climate change. Trócaire’s Finola Finnan told TD’s “a great deal of money is spent addressing humanitarian disasters and responding to crises through good development aid, yet the State is investing in the fossil fuels that cause climate change and untold hardship for people.”

Ireland’s historic support for fighting injustice was emphasised by an early backer of the campaign, former President Mary Robinson. In an interview she said “[it’s] a little bit like the energy that was behind the anti-apartheid movement when I was a student. We were all involved because we saw the injustice of it. There’s an injustice in continuing to invest in fossil fuel companies that are part of the problem.” She recalls how Nelson Mandela thanked Irish activists for their role in his freedom.

Mandela also visited Scotland shortly after his release. Can Scottish activists draw energy from past struggles as well? Like the anti-Apartheid campaign, the fight for climate justice connects the lives of people in the rich world with the plight of communities far from home.

The time for Scotland to follow Ireland’s lead is now. With new targets to cut greenhouse gas emissions in Scotland now agreed, attention is turning towards how we finance the economic changes required. The Scottish National Investment Bank – due to be opened in 2020 – could provide the cash that will spur this transition, but its usefulness hangs in the balance and the Scottish Government has not ruled out investment in fossil fuels.

The Divest Scotland Campaign, which already has backing from a cross-party group of MSPs, seeks to spread the inspiring achievement of Ireland’s win, to push Scotland to divest, and for the world to follow. You can find out more and take part on the Friends of the Earth Scotland divestment pages.

Research for this piece was provided by Sally Clark.