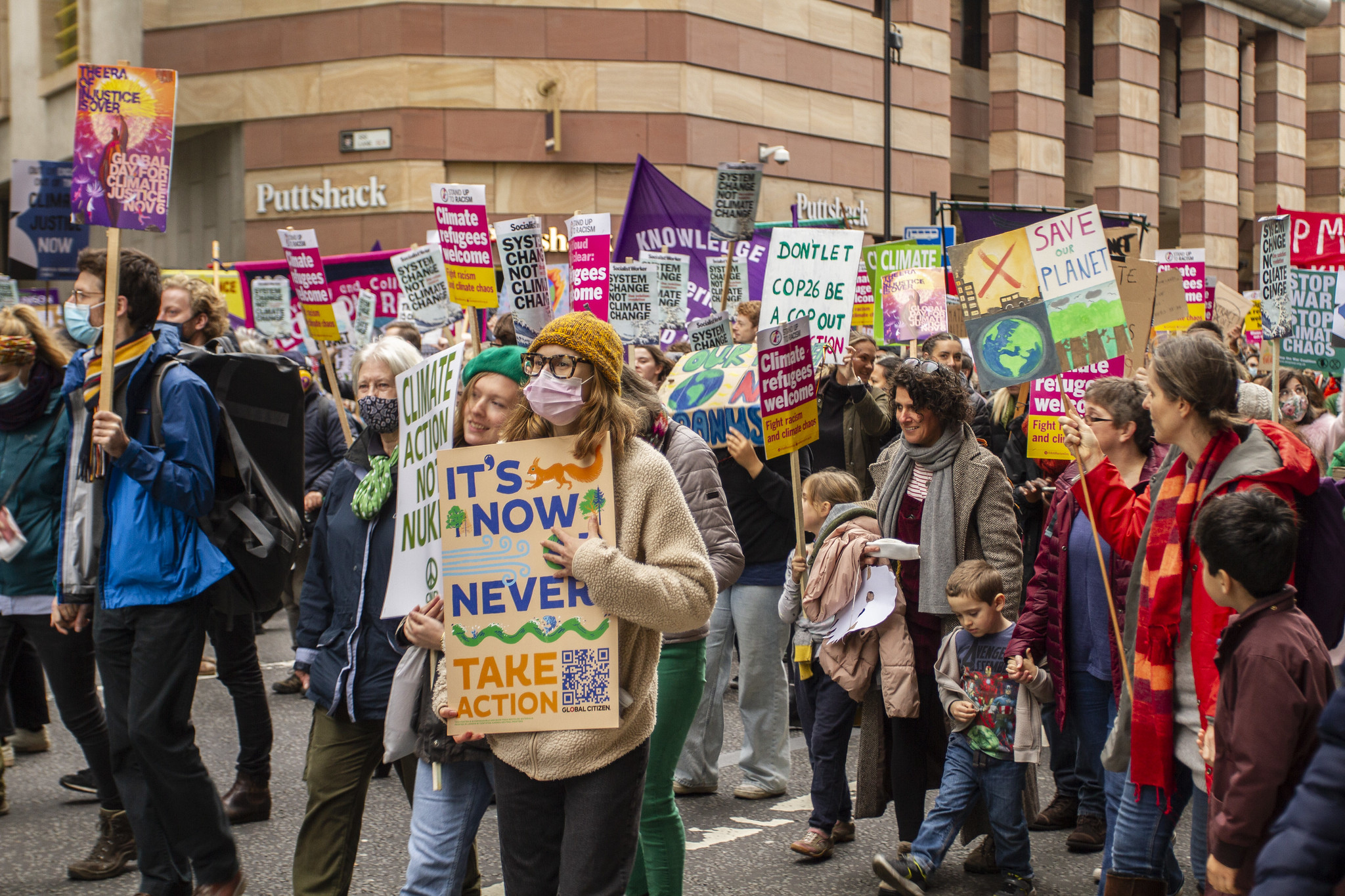 How you can get involved in action around COP27

Home > How you can get involved in action around COP27

Last year we took to the streets in Britain’s biggest climate justice mobilisation ever with 150,000 marching in Glasgow alone. This year will see mass mobilisations across the UK and thousands of people on the streets to demand climate justice as part of the call by the African coalition organising around COP27 for a Global Day of Action.

From the national and global cost of living crisis, climate impacts in the global south and the demand for climate reparations, the urgent need to end fossil fuel extraction and for a workers-led justice transition, and the fight for civil, political and human rights in Egypt – we will rise up together and fight for justice.

Scotland will be taking part in the COP27 Global Day of Action for Climate Justice with a march on Saturday 12 November in Edinburgh.

Take action in solidarity with Egyptian Prisoners of Conscience

This year’s talks take place in Egypt where President El Sisi’s brutal regime has imprisoned thousands for exercising their rights to freedom of expression. This makes it all the more important to take part in decentralised mobilisations, and use these to highlight our demands for climate action and help put pressure on the Egyptian government to release political prisoners and open up civic space.

British-Egyptian blogger and activist Alaa Abd El Fattah is one of Egypt’s highest profile prisoners of conscience who has been in prison for most of the last 8 years and is currently on hunger strike. Alaa’s imprisonment is highly symbolic and being used by the regime to crush the spirit of the resistance.

The campaign for his release is seeking to leverage the transition of the COP presidency from the UK to Egypt at COP27. Sign the petition to support his release and visit www.freealaa.net to find out more about how you can get involved.

An end date for fossil fuels in Scotland

Burning fossil fuels is the key driver of climate breakdown. If we want to protect our collective future on a liveable planet, we have to stop extracting oil and gas.

Thanks to her fine rhetoric, Nicola Sturgeon is known on the world stage for climate leadership. She has acknowledged that unlimited oil and gas extraction is incompatible with meeting our climate targets. But by failing to set an end date for fossil fuels, her Government is enabling oil and gas companies’ plans for climate trashing business-as-usual for decades to come.

With the dirty Jackdaw and the enormous Rosebank fields awaiting the green light, the UK Government licensing even more new fields, and a dirty new gas power plant planned for Peterhead in the North East, we are at risk of locking-in future-killing fossil fuels for decades to come,

The First Minister is an influential politician and her actions impact well beyond Scotland’s borders. She is attending COP27 in Egypt and the spotlight will be once again on Scotland’s role as a global climate leader.

Let’s seize this opportunity to call for the First Minister to act on the rhetoric by putting an end date on oil and gas in Scotland.