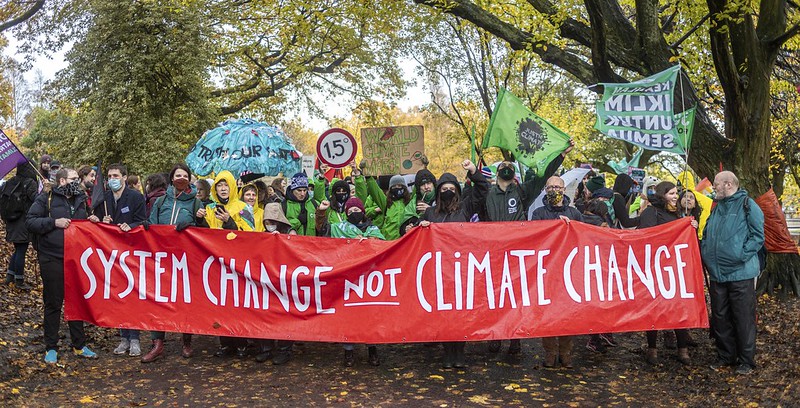 What’s at stake at COP27

This page will help you navigate the key issues to be debated at COP27.

The annual UN climate conference is the main forum for negotiations on global efforts to tackle the climate crisis. It is also a space where the reality of global geo-politics and global inequality is laid bare. In fact, climate justice activists have described these talks as “negotiating who lives and dies”.

This years talks, scheduled for 6 – 18 November 2022 in Sharm el-Sheikh, Egypt will see many of the same issues debated at COP26 still high on the agenda, because so little progress was made at the Glasgow summit on the issues that matter most.

You can read our analysis of the outcome of the Glasgow talks, and where hope lies after the failure of the summit, here.

Bringing down the global emissions driving the climate crisis – mitigation – tends to be the top priority at the UN climate talks. In theory anyway. Because despite 26 years of such negotiations emissions are still rising and despite all the hype around keeping 1.5oC alive at the Glasgow summit the world is on course for a hellish 2.4oC or more.

Countries have been asked to voluntarily update their pledges to cut emissions ahead of COP27, but despite leading this call as outgoing president of COP26, the UK Government has failed to increase its own commitments. Instead, pressure is being put on low and middle income countries who have done little or nothing to cause the crisis to do more to cut their emissions.

The next official round of ‘Nationally Determined Contributions’ (NDCs), as the pledges are officially called, towards meeting the goals of the Paris Agreement are not due until 2030 – far too late to stop climate breakdown.

The Glasgow summit established a Mitigation Work Programme with the aim of improving NDCs and their delivery before then. The programme is highly contentious and discussions at COP27 will likely see rich countries trying to shift responsibility for cutting emissions onto poorer countries.

Yet rich Global North countries are failing to deliver even on the inadequate promises made over a decade ago for $100bn a year by 2020 in climate finance, to help Global South countries cut their own emissions and adapt to the impacts of climate change.

Developing a Global Goal for Adaptation is one of the Egyptian presidency’s top priorities for COP27. How to adapt to the impacts of a heating planet attracts much less attention, and crucially finance, than bringing down climate emissions.

An estimated $155-330billion will be needed annually by developing country economies by 2030 for adaptation alone. But it’s harder to extract profits from adaptation efforts than it is from mitigation which is why this critical work is under-resourced.

The question of what happens when communities and even whole nations can no longer adapt to the impacts of climate change arises in the UN negotiations under the concept of Loss and Damage.

Global South countries’ call for finance and support for Loss and Damage is growing ever more urgent as the reality that the climate crisis is with us hits home harder with every new extreme in flooding, typhoons, wildfires and heatwaves. Yet once again, Global North countries are evading their responsibility by refusing to entertain financial compensation.

Carbon markets allow polluters to continue emitting greenhouse gases, for a price, either through trading or offsetting (paying someone else to cut their emissions). At the Glasgow summit governments pushed through an agreement on carbon markets under the Paris Agreement – something Friends of the Earth International has been fighting against for many years.

Carbon markets are a dangerous distraction that give the impression of action but have done nothing to reduce emissions over the past 20 years. The voluntary nature of the Paris Agreement, with no science-led top-down limits on emissions means carbon trading is doomed to failure. They are also linked to the scam of offsetting and human rights abuses which often accompany it.

However COP27 will see the development of the detailed rules for carbon markets including how many so-called carbon credits from previous carbon trading regimes can be carried forward into the new system – basically how big a hole can we blow in the carbon budget.

Action must continue outside COP27

It’sIts clear that the climate talks are not delivering for people or the planetor planet. There may be some important, hard won gains at COP27, but we know it won’t be enough to turn the crisis around. At the same time the cost of living crisis, and governments response to it, is hurting billions of people here in the UK and around the world.

Meanwhile corporations and governments look to keep on pumping the very fossil fuels that are destroying our one and only home, extracting maximum profit at the expense of the suffering of the many.

That’s why we need to rise up together locally and globally, across movements, to demand fair climate just responses to the crises. We need to keep on fighting for the real solutions to the climate crisis and keep calling out countries and corporations for their false solutions that divert precious time and investment into fantasy techno fixes and allow  – here in Scotland, and in the UN spaces.

Read about the Climate March in Edinburgh

Read more about the real solutions and false solutions to the climate crisis.