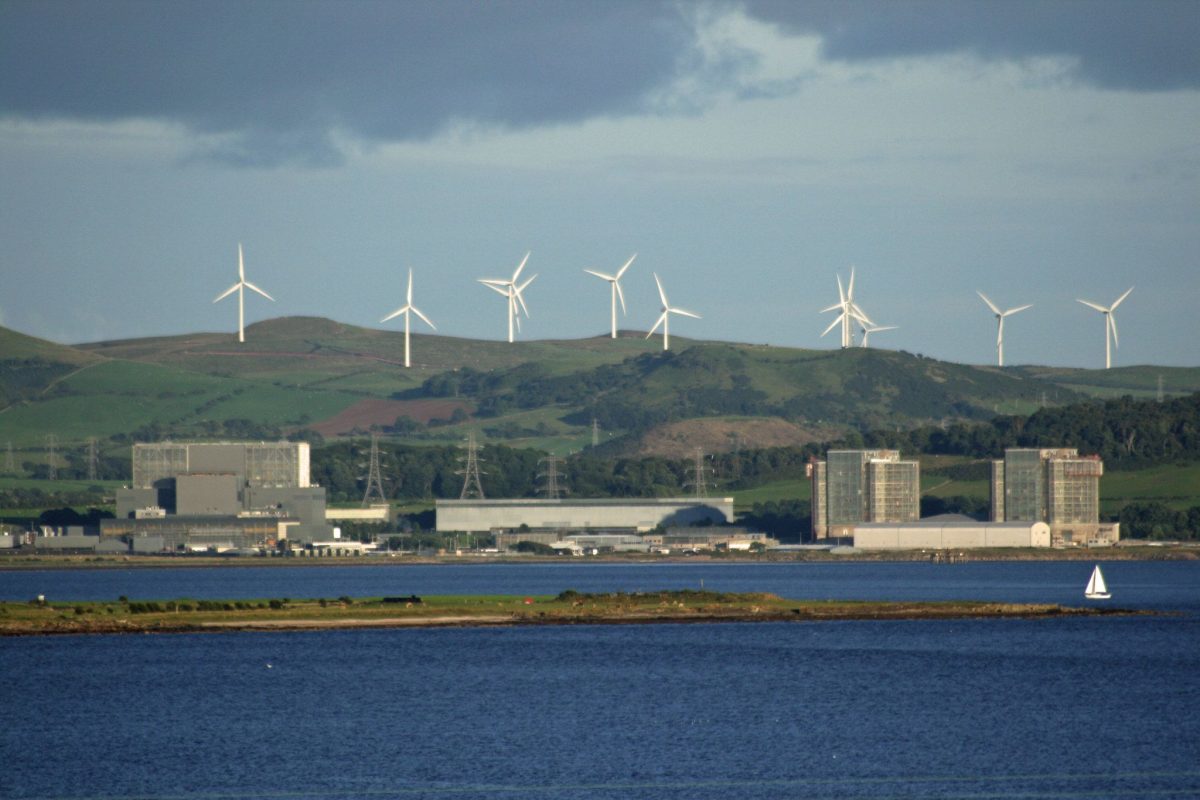 Last week there were two very significant announcements about the Hunterston nuclear power station in Ayrshire, and owners EDF Energy must be pretty pleased about how it all came across in the media.

The first announcement was from the Office of Nuclear Regulation (you can probably guess what they do) who said they had agreed that EDF can start up Reactor 3 at Hunterston and run it for six months. Reactor 3 has been closed down for more than two years because the bricks that make up its core are cracking up.

With approaching 400 cracks, there has been a lively debate about whether it should ever start up again. As you can imagine a number of organisations geared up to say what a terrible idea restarting Reactor 3 was.

Almost immediately came the second announcement, this time from EDF directly, saying they had decided to close the site permanently slightly earlier than planned. Straight away the media story became instead about how we keep the lights on and what will happen to the jobs.

Most of the jobs at the plant are safe until at least 2025 since it will take that long to take the fuel out of the reactor. After that there will be the massive task on dismantling the two reactors safely.

Nuclear power creates such a mess that it guarantees jobs long after a reactor has shut, with the cost of decommissioning and cleaning up the UK nuclear industry currently running at £3 billion a year and employing 16,000 people.

It is not particularly surprising that the two supposedly-operational reactors at Hunterston are cracking up, after all they were originally supposed to close in 2006. The other reactor, number 4, has also been shut for nearly two years, and, with slightly fewer cracks than Reactor 3, EDF are also asking to run this for six months, and plan to ask again to run both reactors for another six months before the final shutdown in early January 2022.

The regulator acknowledges that there could be a nuclear accident at Hunterston because of debris from the cracked bricks. They estimate the risk to be low. Hunterston is downwind of Glasgow, about 25 miles away as the isotopes fly. So a significant release of radioactivity would have truly awful consequences for the west of Scotland and at least a third of the Scottish population.

So why take the risk of running the reactor at all? Clearly not because we actually need the electricity, Hunterston hasn’t been producing any electricity for most of the last two years, and yet the lights have staying firmly on. And current UK electricity demand is so low that the National Grid are actually paying EDF not to produce electricity at their Sizewell plant in Suffolk. Meanwhile renewable energy capacity has been advancing in leaps and bounds.

So EDF are to be allowed to restart one, and possibly two, damaged reactors, risking a radioactive incident that would affect much of the west of Scotland, so they can make electricity we don’t need, just to increase their income.

Of course it is important news that an earlier end date for the reactors has been set. Following the closure of our two coal-fired stations at Cockenzie and Longannet, the final closure of Hunterston will mark a very significant step in the journey to making Scotland run on 100% renewable energy.

Whether it was clever press strategy or fluke EDF managed to use the closure announcement to bury the news that their dodgy reactor is starting up again. They must be laughing all the way to the bank.

Dr Richard Dixon is Director of Friends of the Earth Scotland. A version of this article appeared in The Scotsman on Tuesday 1st September 2020.