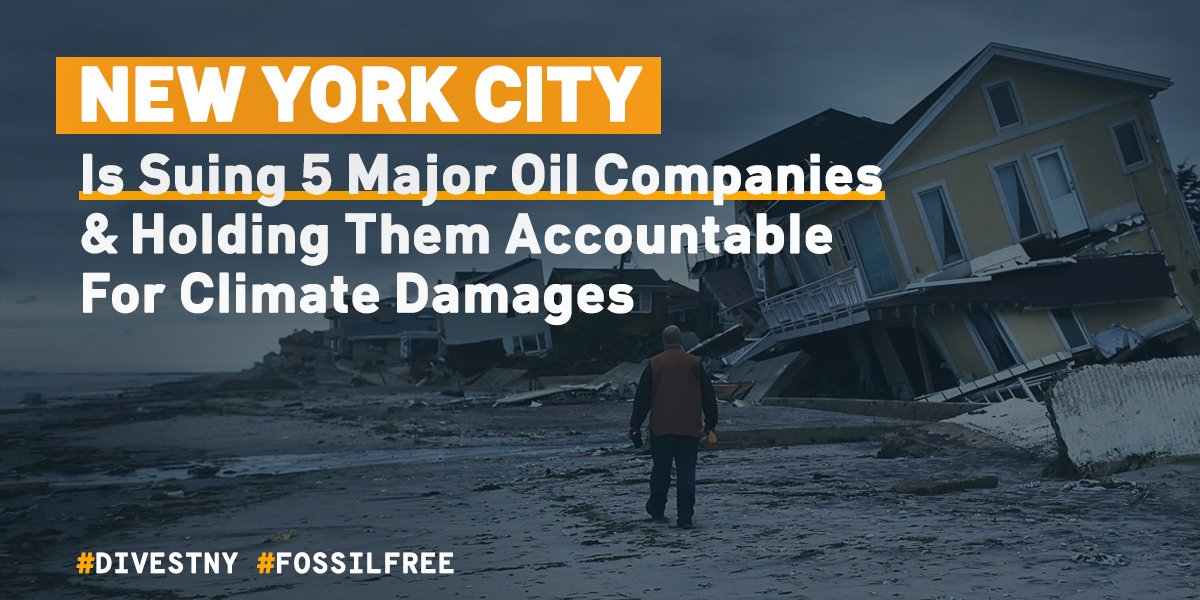 New York City is taking on the fossil fuel industry

New York City announced this week it is to divest its $191 billion pension fund from fossil fuels – the industry most responsible for climate change. It’s a hugely symbolic victory for such a global city to make this move, and it links directly back to the impact rising sea levels are having on the City.

In light of this, New York City went further, filing a lawsuit against top fossil fuel companies for damages caused by climate change, including UK-based oil companies BP and Shell. Watch this video by the Mayor’s office:

New York City is the first big city in America to sue AND divest from Big Oil. #DivestNY #stopfundingfossils pic.twitter.com/aziLx3HEnQ

Author Naomi Klein gave a speech at the announcement saying:

“By suing these five oil majors who knowingly deepened the climate crisis, and simultaneously beginning the process of divesting $5-billion from fossil fuel companies, New York City is taking a game changing first step in turning the world right side up. And not to overstate the case, but I actually think this could change the world.”

The news from the US came on the back of an incredible month for the fossil fuel divestment movement.

In December some of the world’s biggest financial institutions announced a withdrawal from fossil fuels: insurance giant AXA dumped US $2.8 bn investments in tar sands and coal, the World Bank said it will end financial support for oil and gas extraction, and European banks Credit Agricole, Societe Generale, ING and others announced withdrawals from coal and extreme oil, including arctic drilling and tar sands.

Unfortunately Scottish councils are still dragging their feet. Our research has shown their pension funds have £1.8 billion invested in fossil fuels: a £146 million increase since 2015, the same period over which nearly all national governments signed up to the Paris Agreement on climate change.

Get in touch with your local councillor now to tell them that it’s time for our pensions to go fossil free.

Email your Councillors now
This site uses cookies to store information on your computer. To find out how we use them please view our Privacy Policy.Accept AllNo Thanks
Manage consent