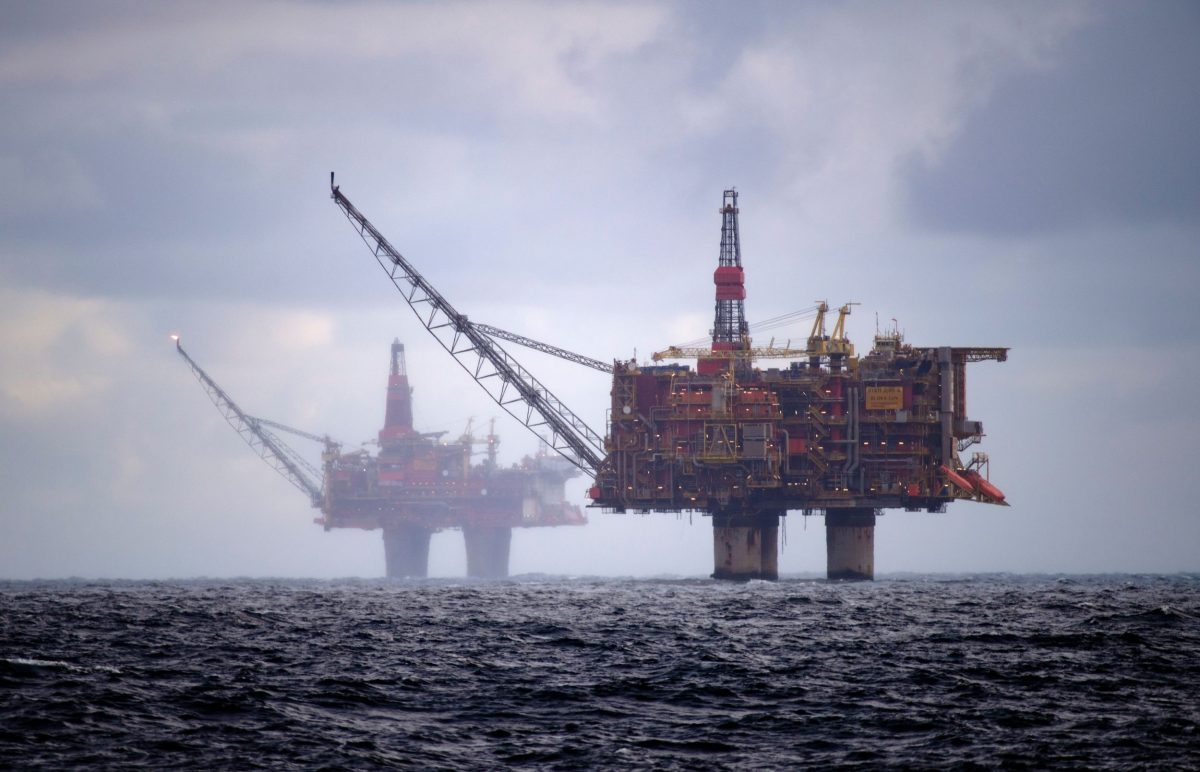 FOUR in five offshore oil and gas workers would consider leaving the industry, according to a major new survey of the workforce.

Platform, Friends of the Earth Scotland and Greenpeace UK, have today (29/9/20) published a report, ‘OFFSHORE: Workers’ Views on Industry Conditions and the Energy Transition’, in which 1,383 offshore oil and gas workers were surveyed, which represents 4.5% of that workforce [1].

Some 81% said they would consider switching to another sector, with only 7% saying they definitely want to stick with oil and gas. [2]. The top priority for workers was job security [3], with 43% of respondents saying they had been made redundant or furloughed since March.

One worker, Frank*, who has been in the industry for 40 years, said: “Morale is low, certainly in Aberdeen where 75% of the people are contractors… I know guys who have had two or three pay cuts over six months, no negotiations, nothing.”

Campaigners are calling for the UK and Scottish Governments to sit down with workers to shape policy together so that their experiences and ideas are used to steer Covid-19 recovery packages and the energy transition.

“These workers are the backbone of our energy sector but have faced years of job insecurity amid volatile oil markets, lax regulation and now the global pandemic.

“Despite the Scottish Government’s rhetoric, the idea of a just transition has failed to reach the overwhelming majority of the workers who will be most directly impacted. Workers’ voices must be at the centre of that transition process. The government must ensure oil and gas workers are supported into secure and sustainable jobs.”

“These results reveal an urgent need to improve terms and conditions for workers offshore and tackle job insecurity. The solutions provided by the workers could also increase opportunities in renewables and make the process of transition to renewables far easier.”

Workers were asked about their working conditions; the effects of Covid-19 and the oil price crisis, and alternative employment. Survey findings also show:

• 43% had been made redundant or furloughed since March 2020
• 91% of respondents had not heard of the term ‘just transition’ [5].
• Given the option of retraining to work elsewhere in the energy sector, more than half would be interested in renewables and offshore wind.

Despite their relevant knowledge and experience, no public body has attempted a broad consultation of offshore workers about their livelihoods and the future of the energy industry.

For example, since launching in 2018, the Scottish Government’s Just Transition Commission has prioritised private businesses, industry representatives and regional enterprise bodies. Meanwhile the sector deal being drawn up by UK energy ministers has no mechanism for consulting oil and gas workers.

Written responses in the survey revealed some of the hardships that workers have faced, both in the recent pandemic and as a result of volatility in the industry.

One worker said: “I have now been off work for 14 weeks and I have not received a penny due to me being employed by an agency. They have just ended my contract and hung me out to dry. I do not fall into any category for receiving any payment from anywhere.”

Another respondent answered: “I just think it’s a better work environment out of the oil and gas industry. It’s always boom and bust to some degree but the last five years have not been a pleasant environment to work in – that’s five years of mental toil.”

One response states: “It seems the oil companies have got away with everything but the workforce gets hammered… The way the industry is treating their workers, especially those in a situation similar to mine is an absolute disgrace and should not be allowed to happen.”

One worker suggested: “It should be a condition of getting a licence to build a wind farm in Scotland that the fabrication is awarded to a Scottish based yard.”

A common theme was offering opportunities and financial support for retraining.

And another stated: “Retrain while keeping a liveable wage. Last time there was a slump in oil prices there was opportunity to retrain but it was near impossible to navigate the red tape to get access to the training.”

*Names have been changed to protect anonymity. Full case studies are included in the report.
ENDS

For full case studies or to request spokespeople for interview, please contact the Friends of the Earth Scotland Press Office.

[1] The Oil & Gas UK Workforce Report 2019 stated that there were an estimated 30,600 people directly employed in oil and gas. Our survey of 1,383 offshore workers would represent 4.5% of the workforce, a substantial segment of this population.

[3] Respondents were asked to rank job security, pay, similar work schedule, health and safety regulations and work schedule, in order of how important they were to them.

[4] Given the findings of this survey, Platform, Friends of the Earth Scotland and Greenpeace make the following recommendations: :