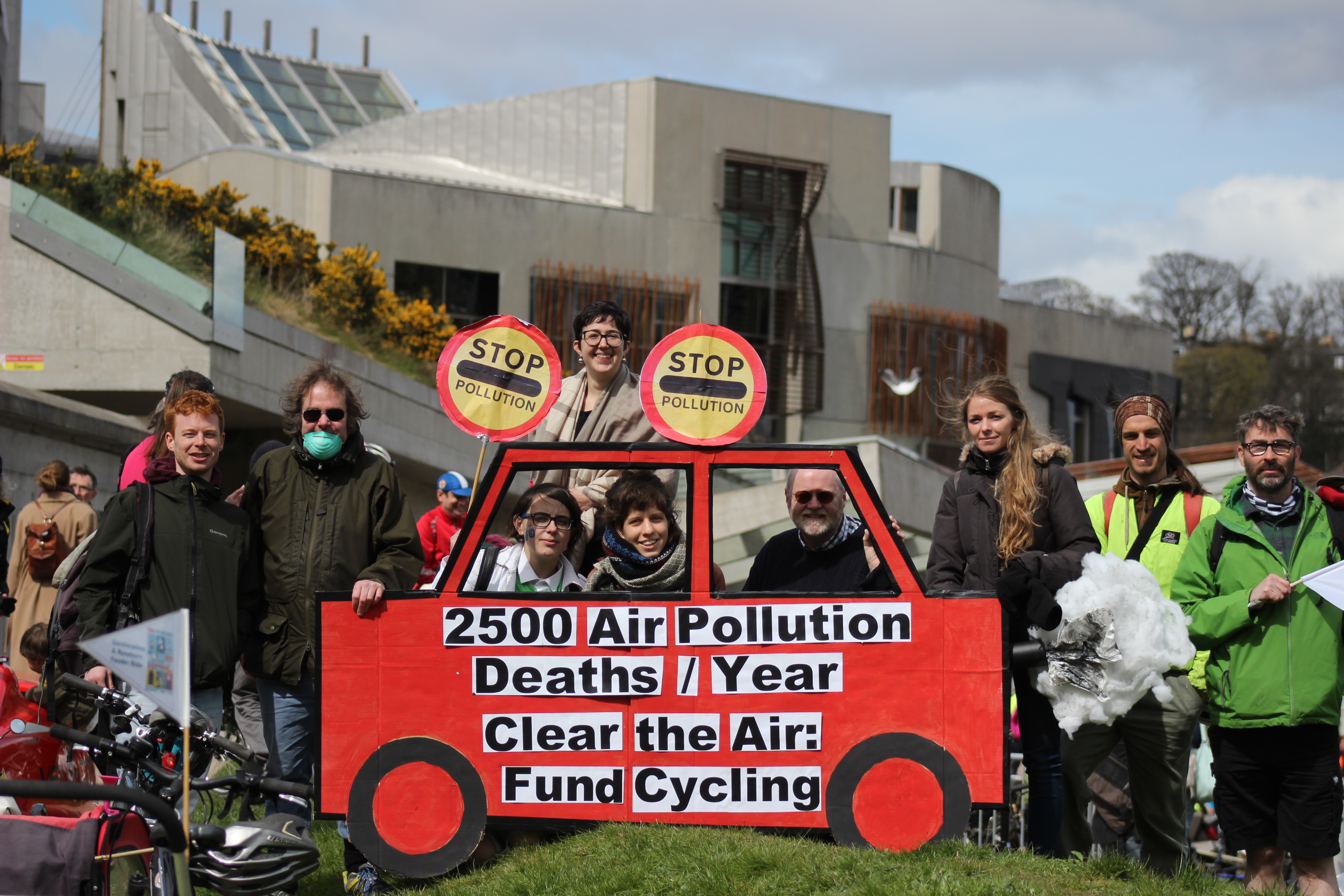 Reacting to the report from Holyrood’s Environment, Climate Change & Land Reform Committee of their inquiry into air pollution, Emilia Hanna, Air Pollution Campaigner for Friends of the Earth Scotland, said:

“This is a very welcome report from a key Holyrood Committee, which questions the lack of urgency of action on air pollution in Scotland and calls for more rapid delivery on the ground if the Scottish Government is to make progress on its goal of meeting EU air quality standards by 2020. People continue to die in their thousands because we are failing to meet these standards.

“The Committee highlights a range of transport interventions which could help tackle pollution, including Low Emission Zones, parking levies and further details on the phase out of petrol and diesel cars and vans. The Committee calls on the Scottish Government to explore congestion charging and workplace parking levies, and to invest in cycling infrastructure to increase the proportion of journeys made by bike to 10% and beyond.

“Low Emission Zones are a vital tool which will make our air cleaner and safer to breathe if they are delivered properly. As Glasgow City Council develops its plans for the first Low Emission Zone, due by the end of the year, it needs to set an ambitious example ahead of the Aberdeen, Dundee and Edinburgh LEZs due in 2020.

“We particularly welcome the Committee’s recommendation that private cars should be included in Low Emission Zones. Glasgow’s Low Emission Zone must ensure that all buses, vans, and lorries have the cleanest possible emissions standards by the end of the year in the city centre, with cars and taxis to be included by 2020 at the latest. An LEZ which only includes buses would be very disappointing and would not deliver the step change on pollution that we need.”

Key recommendations included by the Committee in the report: