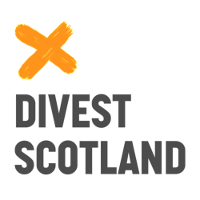 Student network People & Planet (1) have revealed that Glasgow Caledonian University has divested from fossil fuels and committed to have no further investments in the industry. The information was revealed as part of the publication of the People & Planet University League which rates university environmental performance.

GCU is now the 10th organisation in Scotland to begin divestment from fossil fuels, following in the footsteps of their city counterparts at The University of Glasgow who were the first organisation in Europe to divest. This reflects growing support for tough action on fossil fuels, the industry most responsible for climate change. (2)

“As an energy policy researcher at GCU I’m delighted to see recognition for the University’s policy of divesting from the fossil fuel industry.

“This is an industry that must now undergo a managed decline towards 2025-2030 if we are to meet our emissions reduction targets, so as well as demonstrating GCU’s commitment to its motto of The Common Good, it also makes sense financially. With students becoming increasingly aware of the links between universities and the fossil fuel industry, it is an important differentiator between those who have responded to the need to practice what we preach, and those who might promote renewable energy but still maintain investments in fossil fuels.”

In 2012, GCU were the only Scottish university to sign the Green Education Declaration, a commitment to reduce carbon emissions and integrate sustainability into teaching and learning across all subjects. (4)

“Since the People & Planet University league began the number of universities employing environment staff has doubled and now all universities have a set policy on their environmental impacts. The league table has consistently and unashamedly held universities to account over the last decade and today we’re excited to celebrate yet another Scottish university taking the decision to break ties with the fossil fuel industry”.

“Congratulations to Glasgow Caledonian University: by divesting they are showing that we can make a world without fossil fuels, and that starts now.

“This year the world has seen devastating floods, violent hurricanes, and communities lost to rising seas. This climate crisis is being driven by fossil fuel use and GCU’s decision to end their relationship with the companies responsible is a really significant step.

“People power in Scotland has so far seen ten organisations begin divesting from fossil fuels. This sends a clear message to our Governments that fighting the climate crisis is urgent.”

Elsewhere in Glasgow the council-run Strathclyde Pension Fund is under pressure to divest following a recent report, showing the fund had £802 million invested in fossil fuels. (6)

(1) People & Planet are Britain’s largest student network campaigning to end world poverty, defend human rights and protect the environment. They are a student-led movement that empowers young people with the skills, confidence and knowledge they need to make change happen on social and justice issues, at home and globally.

(2) The University of Glasgow made a commitment to divest from fossil fuels in 2014. In Scotland the Universities of Glasgow, Glasgow Caledonian, Abertay, West of Scotland and Queen Margaret, along with the United Reform Church, have committed to fully divest from fossil fuels with others making partial commitments. Globally over 800 organisations have made commitments, to see the full list visit www.gofossilfree.org/commitments

(3) Dr. Keith Baker is Co-author of ‘The Long Goodbye? How to Manage the Decline of Fossil Fuels’ (Palgrave Macmillan, forthcoming, 2018).

(4) The student-led People & Planet ‘Green Education Declaration’ was signed by 40 Vice Chancellors at UK universities – they pledged to meet carbon reduction targets, integrate sustainable development into teaching and learning, and call on the government to support them to resource a low carbon future.

(5) The 2017 People & Planet University League ranked 154 UK universities – awarding them a First class degree, 2:1, 2:2, Third, or Fail – according to 13 criteria including: Environmental policy, audit and human resources, and their performance in areas such as carbon reduction, waste and water recycling, student engagement, teaching and learning for sustainable development, energy efficiency, sustainable food and workers rights. For more information visit https://peopleandplanet.org/university-league

(7) Friends of the Earth Scotland is