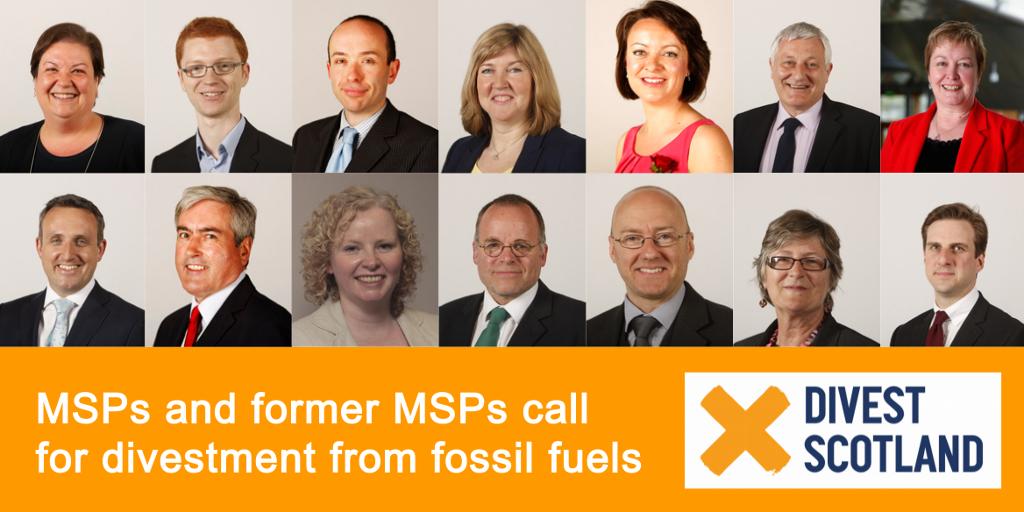 Stuart McMillan MSP for Greenock & Inverclyde has become the 20th MSP to back a campaign calling for an end to investment in fossil fuel companies, as a response to the climate emergency.

The SNP MSP joins a cross-party group of MSPs and former MSPs pledging support for the Divest Scotland Campaign that includes a former SNP Minister and a former Labour Party Leader.

“Scotland is a world-leader in tackling climate change, but we can always strive to go further and faster when it comes to tackling the climate emergency we are facing.

“It’s undeniable that Scotland’s economy has benefitted from the oil and gas sector, but this is unsustainable. That is why a just-transition is necessary – and there is no doubt that we have people with the skills that the renewable energy sector needs.

“I’m proud to be the 20th MSP to support this campaign, because I recognise that announced a climate emergency is not enough. We need firm, tangible action if we are to reach net-zero greenhouse gas emissions by 2045 at the latest.”

The Scottish Parliament’s pension fund, run by a committee of MSPs, currently invests over £1 million in oil, gas and coal companies and the Scottish Government has not clarified if the Scottish National Investment will be fossil free. The Divest Scotland Campaign seeks to overhaul these issues.

The news comes as Glasgow bids to host the 2020 United Nations Climate Change conference, likely to be the UK’s largest ever political conference, bringing major international focus to Scotland’s efforts to transition away from fossil fuels.

“The devastating impacts of Cyclone Idai in Mozambique, Malawi and Zimbabwe glaringly expose the inequalities of climate change. As the IPCC have made clear and the public are demanding: we need to take urgent action to cut greenhouse gas emissions to reduce the worst impacts of climate change. Scotland has been playing a leading role in the UK by increasing the amount of clean energy we produce and the SNP Scottish Government is absolutely committed to investing in a sustainable and socially just future for energy industry.”

“It’s great to see MSPs like Stuart supporting action on the climate emergency. Divestment from fossil fuels is a simple, practical step the Scottish Government and Parliament can take to advance climate justice. Investment is crucial to bringing about a zero-carbon economy that’s fairer and healthier for people and planet, and its support like this from local activists, community members and decision makers that’s realising this change for Scotland.”

A similar campaign in the UK Parliament calling for divestment of the Westminster Pension Fund has the support of over 250 MPs, including 33 out of 35 SNP MPs.

Over 1,000 organisations globally have made commitments to divest from fossil fuels with a combined worth of $8.77 trillion. Ten commitments have come from Scottish organisations, including the Universities of Edinburgh and Glasgow.