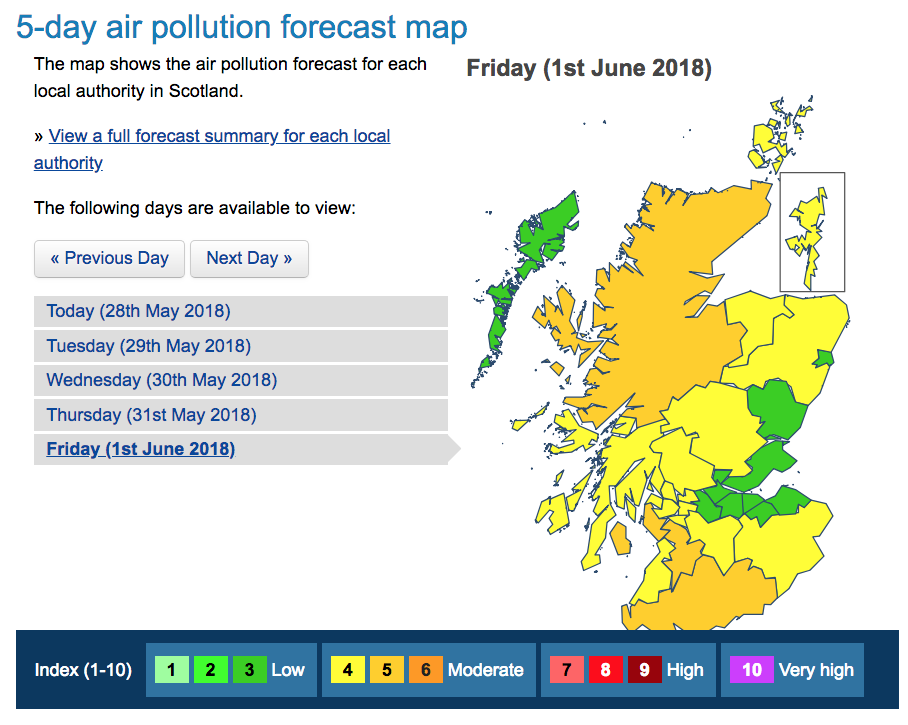 Levels of toxic ground level ozone are expected to break World Health Organisation and Scottish regulatory safety standards across most of Scotland this week (Monday 28 May – Friday 1 June) according to Scotland’s official air quality forecasting service.

Air masses from Northern continental Europe are expected to bring increased levels of pollution to the UK and Scotland. In addition, ground level ozone is expected to form in rural parts of Scotland in the sunny weather. Scottish statutory safety standards are expected to be broken in many areas across Scotland through the week.

“The air pollution forecast is predicting a wide spread of pollution across Scotland which, if it materialises, will see air masses coming in from northern continental Europe combining with toxic fumes from our own car and lorry exhausts, leading to increased levels of air pollution, in particular, ground level ozone. Sadly a sunny day in the countryside could be the last thing any sensitive person needs this week.

“People with existing lung or heart conditions are the most at risk from this air pollution episode. If the forecast becomes a reality, the official health advice is that adults and children with lung and heart problems, who experience symptoms, should consider limiting strenuous physical activity, especially outdoors.

“These toxic levels of pollution are a serious threat to health and the Scottish Government was supposed to meet ozone standards by 2005. Traffic is a key culprit of today’s pollution, so the Government needs to get serious about making it easier for us to walk, cycle, and use public transport, and delivering on its Low Emission Zone promises.”

The following screenshots show the forecast for the next 5 days, taken at 11:41a.m. on Monday 28 May 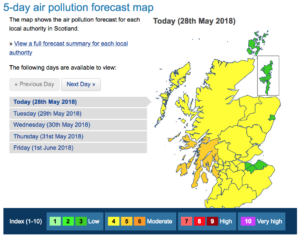 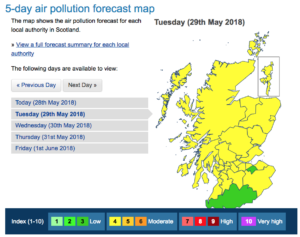 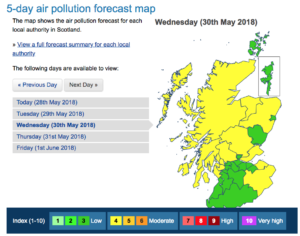 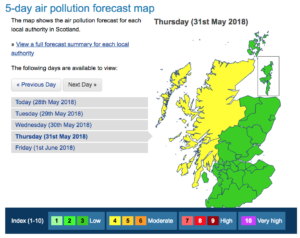 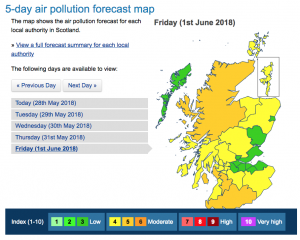