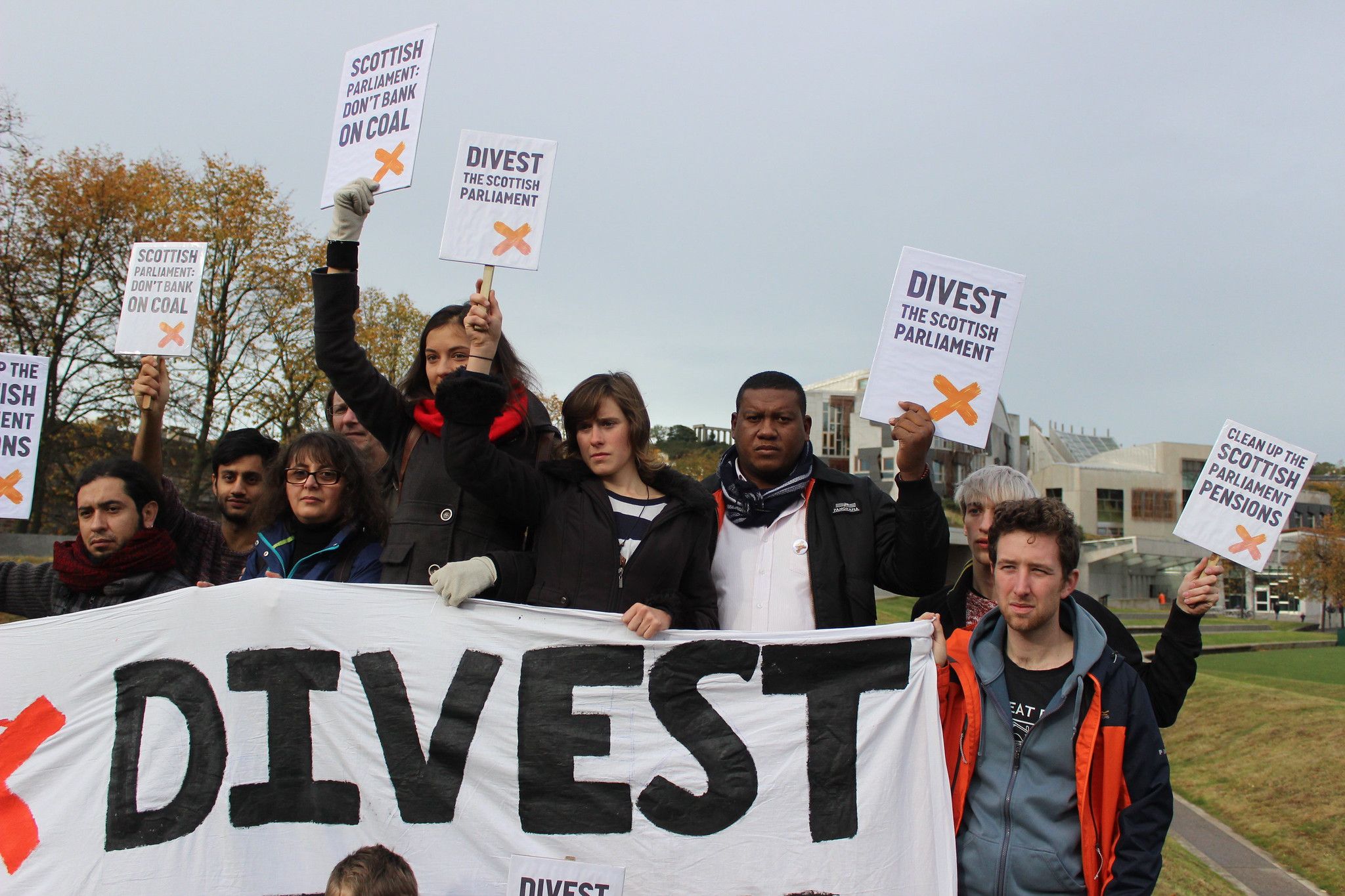 Environmental campaigners have revealed that the Scottish Parliament Pension Fund has almost £1 million invested in coal, oil and gas companies who are driving climate breakdown.

Analysis by Friends of the Earth Scotland based on a freedom of information request shows that the estimated fossil fuel investment is £923,585 – around £7,160 for each of the 129 MSPs.

34 of the current crop of MSPs are not standing for re-election, with some nearing retirement and will be able to collect their Parliamentary pension that will have, in part, been financed via fossil fuel companies.

The Scottish Parliament’s pension fund was found to have an estimated £733,000 stake in BHP, a major coal, oil and gas producer and one of the top 20 companies most responsible for the climate crisis.

BHP are part owners of the Cerrejon coal mine in Colombia, South America’s largest open-cast mine. Its expansion has affected many local people and the company is under investigation by the OECD for environmental and human rights abuses. BHP were fined £3.8bn in damages over a dam collapse in Brazil in 2015 that killed 19 people and left 700 homeless.

In recent years the Parliament Pension fund had previously invested in oil giants Shell and BP, as well as tobacco and arms companies. It has no ethical policy to prevent such investments.

A board of MSPs oversees the fund. They defer day to day investment decisions to the external company, Baillie Gifford, who have made clear that they can offer fossil fuel free funds to the fund if the switch was requested. Over 20 of the 2016-21 MSPs pledged their support for moves to end fossil fuel investments.

“In the last Scottish Parliament MSPs took important steps to address climate pollution. Yet as they retire, their pensions will be drawn from polluter profits. It can’t be right for our lawmakers to require climate emissions cuts across the country whilst at the same time they invest in companies that are seeking to increase production of harmful fossil fuels.

“The vast majority of coal, oil and gas reserves must remain in the ground if global heating is to be limited to the levels pledged by the world’s governments. By continuing to pour money in climate polluters, investors are gambling that climate policies will fail.

“The Welsh Parliament has divested from fossil fuels, as have the Irish State investment bank. The Scottish Parliament can do the same, backing a just transition away from fossil fuels that supports green jobs, not pollution. With the limelight squarely fixed on Scotland in this special year of the UN climate talks, bold action against polluters can help start a ripple effect that brings the world closer to a healthy, clean and just economy.”

Over 1,200 organisations globally have begun divesting including the New York State pension fund, the Welsh Parliament and the Irish state. Furthermore, the Scottish Government has already ruled out future investment in fossil fuels overseas. With the UN climate conference coming to Scotland, and Glasgow Councillors backing similar moves to end their £500million investments in big polluters, campaigners say that now is the time for the Scottish Parliament to follow suit.

Photos from 2015 when Colombian activists visited the Scottish Parliament to protest their investment in BHP:  https://www.flickr.com/photos/friendsoftheearthscotland/albums/72157697050470684