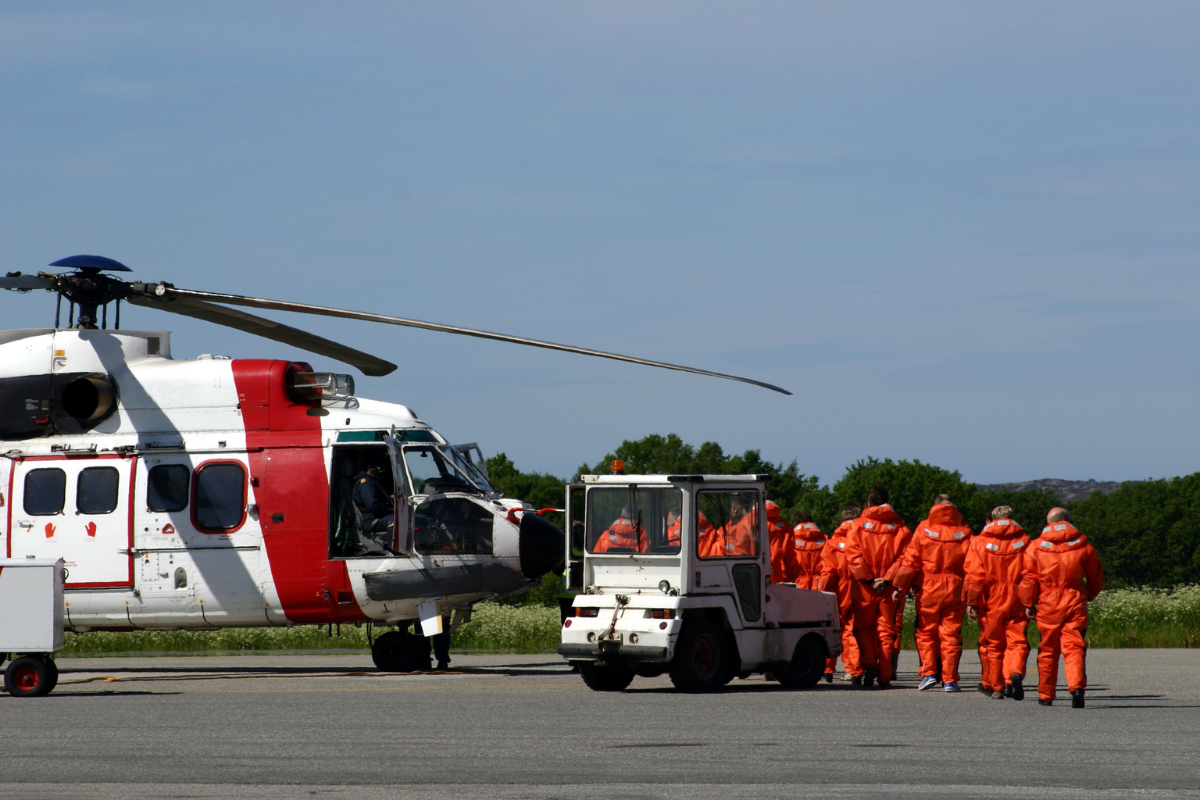 Environmental campaigners and trade unions have welcomed an announcement by the offshore training industry about their plans to identify duplication in Offshore Energy training standards.

The news comes in response to significant pressure from workers and campaign groups to reduce costs and make it easier for workers to move from oil and gas to renewables.

The standards body for oil and gas, OPITO, and its renewables equivalent, GWO, alongside the International Marine Contractors Association, have announced they are working together to identify training duplication and mapping out pathways for decision-makers.

Campaigners say this must lead to new standards in the offshore energy sector recognised by all operators. They have called for workers and their trade unions to be involved in the process of identifying duplication in their training and a commitment from OPITO and GWO to remove the duplication once it has been identified by creating an Offshore Training Passport.

A 2021 survey of 610 offshore oil and gas workers about training in their sector found each worker was paying on average £1,800 a year in training costs. The survey found nearly 97% of workers were concerned about training costs and near complete support for an offshore training passport scheme.

The Passport system would ensure standards in the offshore energy sector were readily transferable by creating recognition between fossil fuels and renewables. This would remove duplication of training for those seeking to move across industries and significantly reduce the costs involved as a major barrier to a Just Transition as we move away from fossil fuels.

“This announcement is a sign of progress as OPITO and GWO finally recognise the duplication in standards for the offshore energy sector. It is credit to the workers who put pressure on their elected representatives, trade unions who have long advocated for this and the climate campaigners who have supported the demands.

“Offshore workers hold the skills and experience that will be vital to enabling a rapid and safe transition from fossil fuels to renewable energy. Too often, these workers have been expected to fork out thousands of pounds from their own pockets to duplicate parts of their training.

“Removing this barrier to a just transition is vital and proof will be in the delivery. The minimum we expect is for workers and their trade unions to be involved in identifying shared requirements for work offshore, rather than a focus on the existing training courses, and then creating a system to align these through an Offshore Training Passport.”

“The unions cautiously welcome the news that the Standards bodies are collaborating with a view to implementing an Offshore Passport. Anything which will enable our members to transition around the offshore energy sector without having to pay for training must be considered a good thing.

“I say ‘cautiously’ as the real test for this initiative will be the energy industry embracing this across the oil and gas, wind, maritime and other sectors. To this end, we will be seeking assurances around the involvement of the Trade Unions and the wider workforce to provide a degree of independent analysis around what constitutes “duplication” with a view to reaching a collaborative, inclusive agreement. We are also keen to see a clear timeline for delivery of the passport concept.

“Additionally, the full support of the Westminster and Scottish Governments would be welcomed, as it is tangible and meaningful initiatives such as this which will deliver on the political rhetoric of a “Just Transition”. We will continue to push for the earliest possible adoption of the Offshore Skills and Training Passport.”

The survey results and demand for an Offshore Training Passport were launched by environmental organisations Friends of the Earth Scotland, Greenpeace and Platform alongside the trade unions RMT Scotland and Unite the Union.

The environmental organisations and trade unions say they will continue to monitor the progress of the plans announced by the standards bodies, urging a rapid and comprehensive system to ensure the range of skills and experience held by offshore workers can be transferred as easily as possible to remove costs and training duplication.

Results from the 2021 survey also found:

The announcement from OPITO and GWO was made in an article on the Energy Voice website on Thursday 31st March 2022: https://www.energyvoice.com/renewables-energy-transition/399575/industry-skills-bodies-look-to-support-workers-moving-between-oil-and-wind/

Full survey results and further information from the survey can be found here: https://foe.scot/resource/tickets-training-the-hidden-costs-for-offshore-oil-gas-workers/