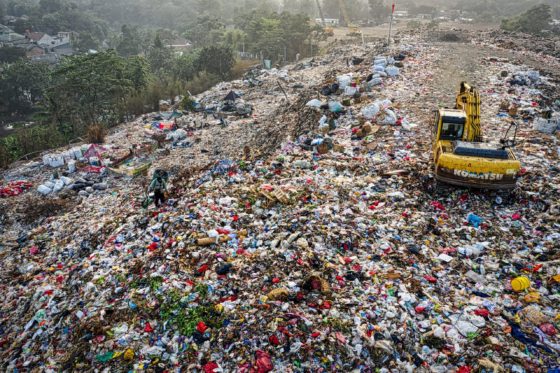 Scotland’s levels of unsustainable material consumption have been laid bare in a new report by international data experts, the Circle Economy. Scotland’s economy is only 1.3% circular – meaning almost 99% of our goods and services come from extracting new resources. Scotland has the worst circularity score of any country assessed to date.

The report shows that Scotland is extracting huge amounts of materials – 23 tonnes per person per year, which is four times higher than the UK average. Around 60% of Scotland’s material extraction is fossil fuels which are driving the climate crisis.

While most nations have a lot of work to do to reduce the reliance of extraction, none have been rated as poorly as Scotland, with the Netherlands being found to be 24.5% circular by Circle Economy, Poland 10% circular and Northern Ireland 8% circular.

In a circular economy, materials consumption is reduced by reusing products rather than throwing them away after a single use. The Circular Economy Bill, which is due to be drafted early next year, is a chance for Scotland to reverse this trend and start taking responsibility for its environmental impacts from material consumption.

Kim Pratt, circular economy campaigner at Friends of the Earth Scotland said: “This report shows that Scotland’s circular economy performance could hardly be any worse. The failure to use resources more sustainably should be a wake-up call to the Scottish Government that their business-as-usual approach is not working.

“A circular economy offers a more sustainable and fairer future for Scotland. We can reduce our climate emissions and the global ecological crisis by extracting fewer resources. We need to value materials properly, and reuse and recycle as much as possible.

“The Scottish Government needs to be bold and decisive to create the change we need. It needs to seize the opportunity of the new circular economy law  to reduce material consumption to sustainable levels, not just from the resources we extract at home but those overseas as well.”

In November 2022, the Scottish Government published an analysis of responses to its circular economy bill consultation which showed that 86% of respondents on proposals for the new law strongly supported ambitious consumption reduction targets.

Circle Economy Circular Gap Report for Scotland and other countries