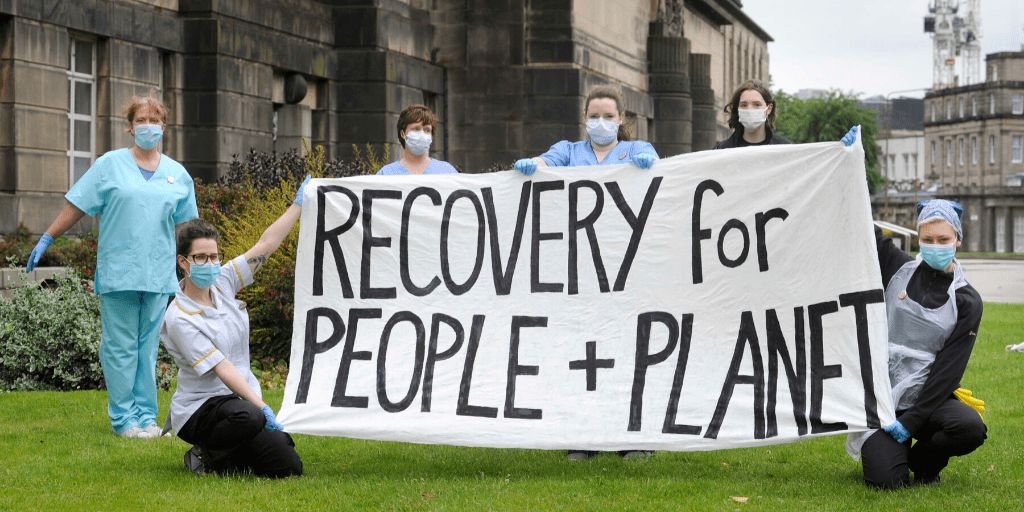 Comments from Friends of the Earth Scotland in response to the Chancellor’s Summer Statement.

Caroline Rance, Friends of the Earth Scotland Climate and Energy Campaigner, said:
“While there are some welcome announcements from the Chancellor today, when I was watching the statement I couldn’t help but wonder if he’d left a few pages of the speech at home. The vision and funding put forward pales in comparison with what’s needed to transform the economy, create jobs and cut climate emissions.

“A mere £3 billion for green investment in energy efficiency is a start, but only a fraction of what European neighbours will be spending. The homeowner voucher scheme won’t apply in Scotland, so we urge the Scottish Government to use their share of this funding to double energy efficiency schemes here, and to go further than Westminster in ensuring that those who rent their homes can also benefit. The Government should also invest in a programme of installing renewable heating in homes, and skills training as part of the Just Transition.

“This can be a moment for real change. Polls show just 6% of UK public want a return to the pre-pandemic economy, so we need to see both the UK and Scottish Governments throw their weight and resources behind a recovery plan which sets out a path to a greener, fairer society for all. Taking the necessary action on the Climate Emergency requires huge public investment in good, green jobs and a Just Transition away from fossil fuels to a zero carbon economy.

“The recovery needs to be underpinned by affordable and accessible public services, a labour market that works for the people within it and everyone having an income that meets their basic needs.”

Friends of the Earth Scotland have been working as part of ‘Just and Green Recovery Scotland’, a campaign backed by over 80 organisations in Scotland, who have called for a radical response to the coronavirus recovery that puts people before profit.

In a letter to the First Minister on 31st May, the groups said now was the time to move away from the prioritisation of economic growth and towards goals of wellbeing and sustainability.

2. The German government is spending £36 billion in climate-cutting, economy-boosting measures and France is spending £13.5 billion tackling the climate emergency.
https://www.businessgreen.com/news/4016109/green-recovery-germany-unveils-plans-eur40bn-climate-spending-surge

3. Key workers previously held a small, socially-distanced protest outside St Andrews House in Edinburgh to call for an economic recovery plan that creates a fairer, greener Scotland. Free to use, print quality photos available at: https://flic.kr/s/aHsmNZSeyv

4. 82 civil society organisations, including Friends of the Earth Scotland, previously wrote to the First Minister calling for a radical response to the coronavirus recovery that puts people and planet before profit. https://foe.scot/press-release/civil-society-organisations-demand-radical-coronavirus-recovery-plan-that-delivers-fairer-greener-scotland/

5. Friends of the Earth Scotland is:
* Scotland’s leading environmental campaigning organisation
* An independent Scottish charity with a network of thousands of supporters and active local groups across Scotland
* Part of the largest grassroots environmental network in the world, uniting over 2 million supporters, 75 national member groups, and 5,000 local activist groups.
www.foe.scot