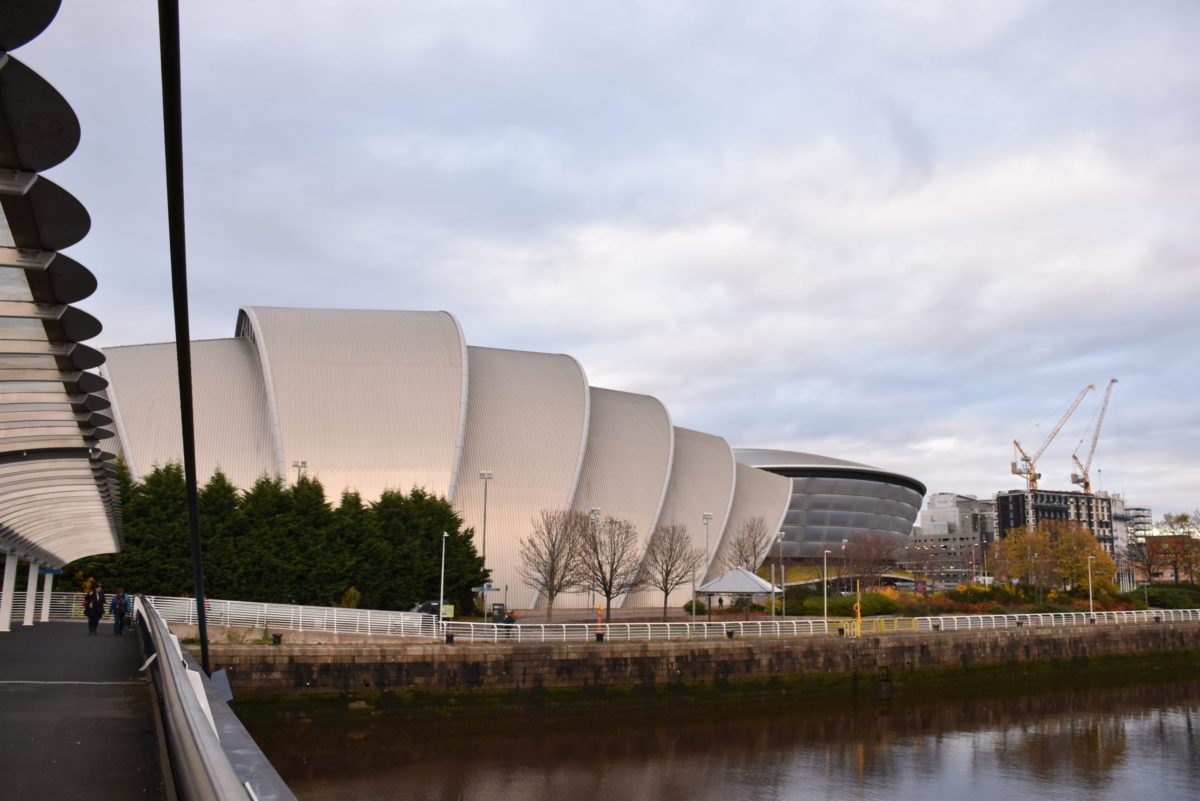 Environmental campaigners have responded to the announcement of the first sponsors for the UN COP26 climate talks in Glasgow in 2021.

Among them is SSE, recently identified as Scotland’s single biggest polluter in 2019, due to the 1.6 million tonnes of carbon dioxide emitted by the energy company’s gas-fired power station at Peterhead, and the National Grid, who are strong supporters of risky false solutions such as fossil hydrogen and carbon capture and storage.

In August the UK Government announced it was looking for sponsors with ‘credible climate action plans’ for next year’s summit.

“While the very worst big oil companies are notably missing from this initial list of sponsors for the Glasgow climate summit, the companies chosen by the UK Government are hardy showing the kind of climate leadership we urgently need at this stage in the crisis.

“The choice of SSE is very surprising given that they operate Scotland’s single most polluting site at Peterhead gas power station, which belches out over one and half million tonnes of climate changing emissions each year.

“SSE has made no public commitments or plans to close the plant, and ensure a just transition for workers, so it’s hard to see how they meet the UK Government’s COP26 sponsorship criteria of credible short term climate action plans. While SSE can boast of being a leading renewable energy generator, on that front it is failing to deliver the decent, green jobs badly needed here in Scotland, with manufacturing contracts for the £3bn Seagreen offshore wind project all going overseas.

“The National Grid are strong supporters of false solutions to the climate crisis, including carbon capture and storage and fossil hydrogen, both of which serve to enable the fantasy that we can keep on using fossil fuels. It is simply not credible to rely on carbon capture and storage coming on stream at the scale needed in time to do our fair share of avoiding 1.5oC of warming.

“This first announcement of COP26 sponsorship indicates that the UK Government is going down the route of greenwashing rather than showing the real leadership needed to tackle climate breakdown in this critical decade for climate action. Big polluters and those who would promote their greenwash must not be allowed to influence these vital talks. Just like the World Health Organisation banned big tobacco from its spaces, climate polluters must be kicked out of the climate talks.”

First sponsors for COP26 announced with one year to go until the climate summit
https://www.gov.uk/government/news/first-sponsors-for-cop26-announced-with-one-year-to-go-until-the-climate-summit

SSE were criticised by Scottish Government Economy Secretary Fiona Hyslop MSP for failing to give a contract to BiFab for the Seagreen offshore windfarm
https://www.thetimes.co.uk/article/minister-criticises-sse-for-not-giving-contract-to-scottish-firm-80mnqjnth