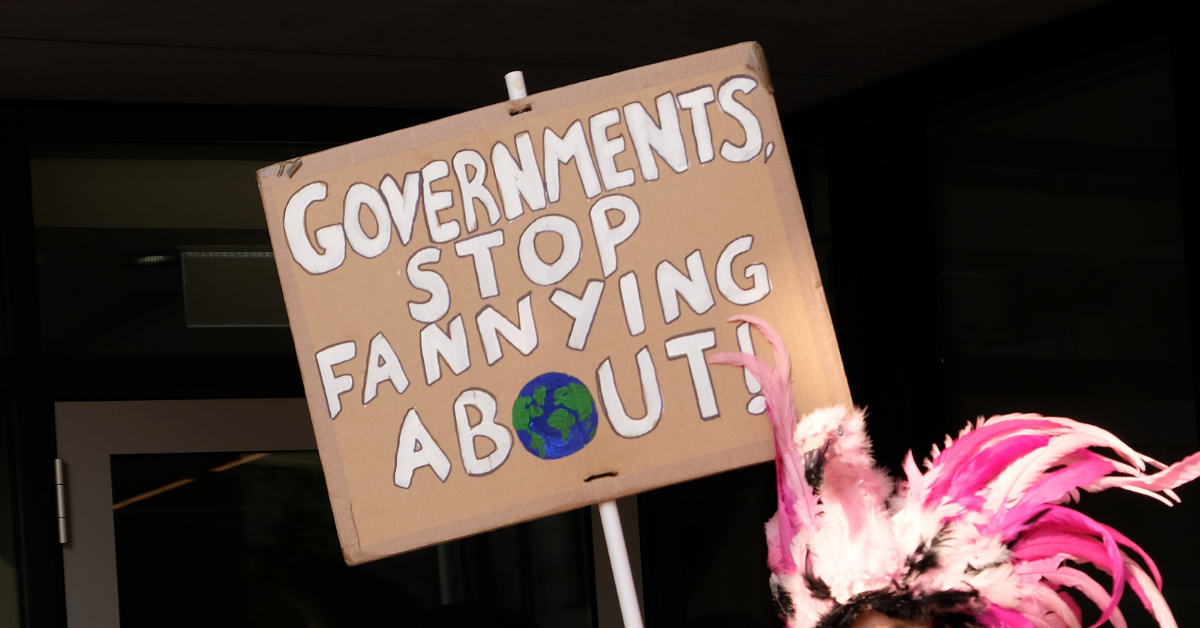 A new public attitude survey on climate change shows that the public aren’t as daft as governments sometimes likes to think.

Research commissioned by People’s Postcode Lottery asked people who they thought should act to reduce climate change. The results came back pretty evenly balanced between individuals, government and business.

This summer, a UK government spokesperson on climate change got in hot water for suggesting a good way to reduce emissions was not to rinse your plates before you put them in your dishwasher. Ministers were reported to be furious.

Quite apart from the fact that most people don’t have a dishwasher, this is the kind of suggestion that governments use to try to imply that it is individuals who have to solve the climate crisis, making different choices and changing their behaviours.

Of course individual choices can be important and they can certainly add up. If every person thinking of buying a new car bought an electric one this would make a big difference to climate emissions and urban air pollution, as well as hastening the end of oil. But for individuals to make this choice governments need to support a good network of charging points, energy companies need to supply electricity from renewables and car companies need to offer a range of electric models at reasonable prices.

If everyone thinking of buying a car bought a bicycle instead and joined a car club for the times they might actually need to use a car or van, this would be even better, but again they need the government to make this choice easy by funding a network of safe cycling routes and making sure public transport is cheap, reliable and widespread.

People’s Postcode Lottery are one of Friends of the Earth’s biggest funders and we were pleased to be invited to help define the questions in the survey. Levels of concern about climate change are high across the UK, with 90+% expressing concerns about impacts on future generations, danger to wildlife and the threat of floods and storms.

The results challenge the stereotype that climate change is mainly a concern for middle-class young people. A really important finding is that older people are pretty much as concerned as young people about solving the climate crisis. And people from all social groups want urgent action to tackling climate change.

Top priority for those taking the survey were for investment in services and infrastructure that make the green choice the easy choice, from better public transport to more recycling options. A majority also supported a ban or tax on activities which make the climate crisis worse, including on flying and red meat. Remarkably there were more people in favour than against paying extra tax to finance green solutions.

As we approach COP26, the climate emergency needs governments to change the systems that still have us heading for disaster, companies to start making things better instead of worse and, sure enough, individuals to do their bit too. This week’s survey results show that the public know their actions matter, but they also know governments and politicians need to take the lead in delivering meaningful action.

Dr Richard Dixon is Director of Friends of the Earth Scotland. A version of this article appeared in The Scotsman on 14 October 2021.