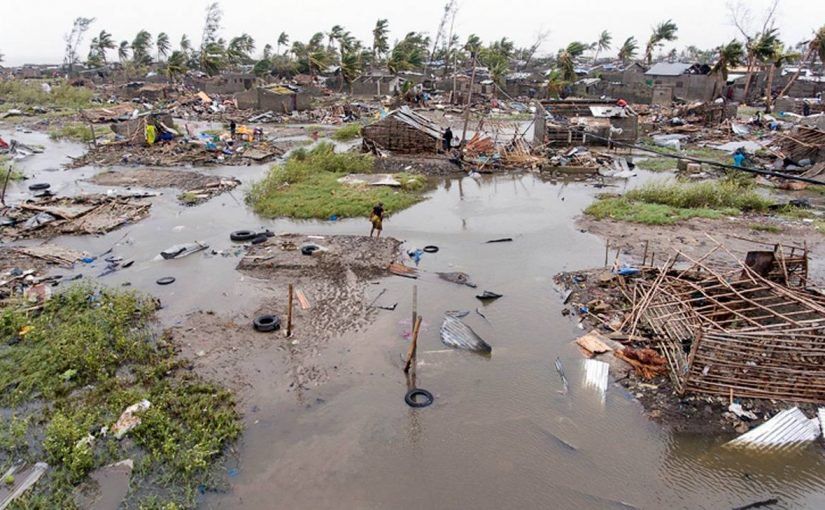 Responding to the climate emergency

When Nicola Sturgeon declared a Climate Emergency at the SNP conference, it sounded great, but what did it really mean in practice ?

People are dying and livelihoods are being destroyed, and the world is heading for catastrophe if we do not get a grip on climate emissions.  Emergency is exactly the right word.

What do you do in a national emergency?

What do you do in a national emergency ? You probably get the right people together. You marshal your resources. You rapidly examine options old and new. You stop doing the things that make the situation worse. You start doing things that will make it better.

Mozambique is trying to recover from two cyclones that have hit in close succession (and climate change means stronger cyclones). They have mobilised the military, called for outside help, distributed food, rescued people from floods and destroyed buildings. They will have to rebuild on a massive scale. It is the top priority of the government.

That’s an emergency which is obviously immediate. But, because the emissions we release today keep on warming the climate for years, our Climate Emergency is just as bad, only it will take longer for the full impacts to hit us.

In the emergency of the second world war, furniture factories turned out aeroplanes, buildings changed use, millions of people were trained up for entirely new roles and important resources, from metals to food, were carefully looked after.

What has the Scottish Government done so far?

Has the Scottish Government risen to the challenge of the Climate Emergency ? It is early days but, to be fair, they have moved immediately to adopt the revised targets recommended by their scientific advisors. They have also promised to revise the current plan full of policies to reduce climate emissions as soon as the new Climate Act becomes law in the autumn.

Getting the right people together ? The Cabinet Sub-Committee on Climate Change is chaired by a Cabinet Secretary and has a range of ministers and senior civil servants around the table. It hadn’t met for quite a while but it met again in April to talk about the climate bill and what new targets might be coming.

What more could they do to cut climate emissions?

Of course, we also need to stop doing the things which are ploughing us ever further into crisis.  That means an end to new oil exploration and a plan to replace North Sea oil jobs with clean energy jobs, it means investment to make our energy-wasting homes more efficient and it means spending transport money on walking, cycling and public transport instead of things which encourage people to drive even more.

Last week there were signs that the plans to scrap Air Departure Tax might themselves be scrapped. The Scottish Government’s figures show that scrapping this tax would increase Scotland’s emissions by 60,000 tonnes a year, like adding 30,000 new cars to our roads.

With the new targets, recent commitment to create a Green New Deal for Scotland and the potential of the new national investment bank and publicly-owned energy company, there are a number of things coming into place which will help us address this emergency.

Will the Climate Emergency become Scotland’s top priority ? No, but it has rapidly come up the political agenda. Will we aim high enough ? Sadly not, but we will be aiming higher than previously. Will we have the perfect plan to reduce emissions and have a just transition to a zero-carbon economy ? No, but we might have a pretty good one.

We have a long way to go but we have made a start on taking this emergency seriously.

Dr Richard Dixon is Director of Friends of the Earth Scotland. A version of this article appeared in The Scotsman.


If you want to find out more about the Climate Emergency and what needs to happen next with the climate change bill, then join our webinar on Monday 13th May, 6.30 – 8pm.

Chip in to support our work to tackle climate change.