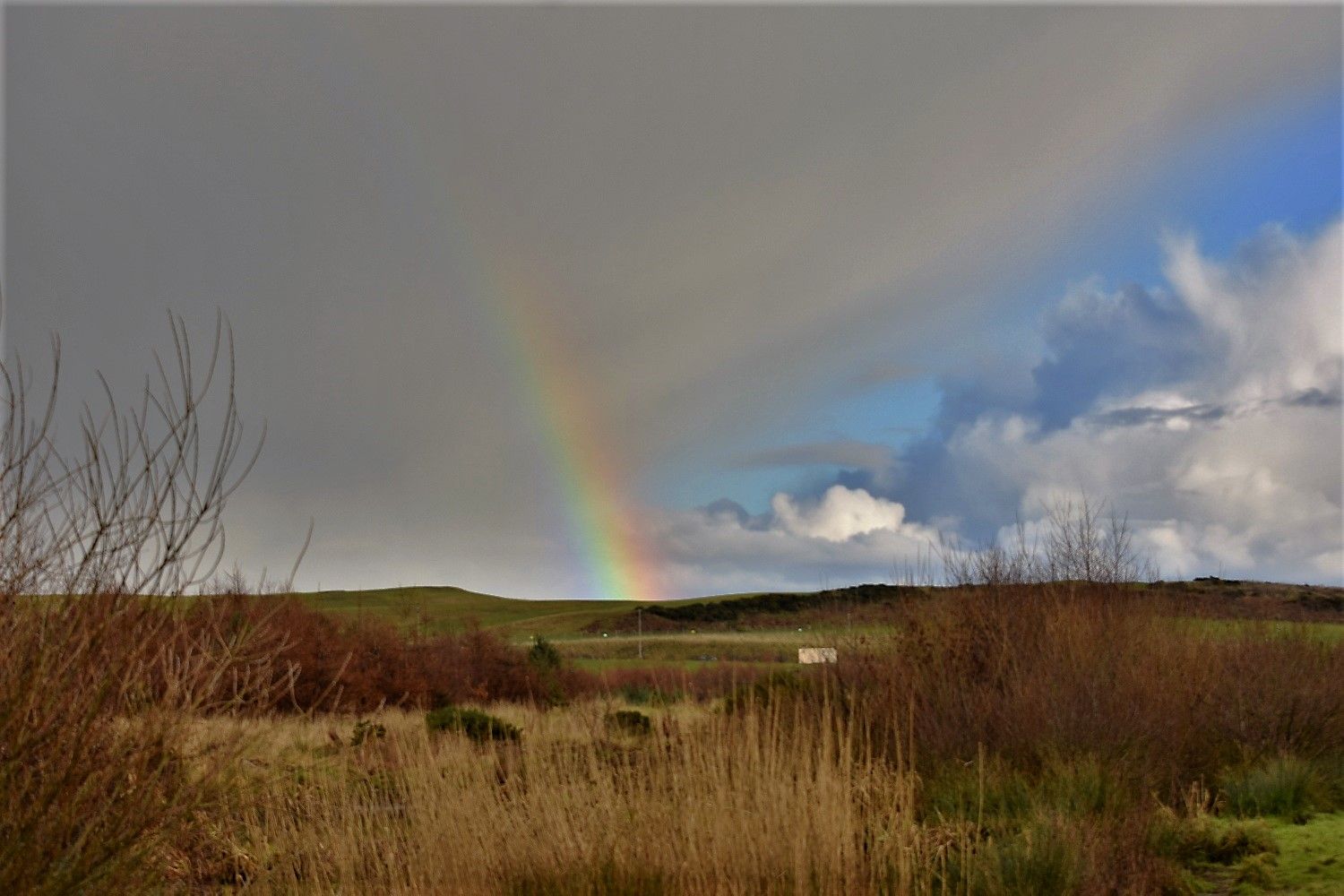 Last year, in the midst of the COVID-19 pandemic, many residents in Torry, Aberdeen, were shocked to find a notice in their letterboxes informing them that under a new Local Development Plan, Saint Fittick’s Park and Doonies Farm had been turned from protected greenspace into opportunity sites for industrial development as part of a ‘Energy Transition Zone.’

The ‘Energy Transition Zone’ is described as a plan to build sites for turbine manufacture and other infrastructure, in the hope that this will encourage ‘green’ companies to come to the area. The backers behind the Energy Transition Zone include Aberdeen City Council and Opportunity North East (ONE), a fossil fuel industry interest group chaired by the oil tycoon Sir Ian Wood.

This is yet another example of how the interests of the oil and gas industry and the desire to continue ‘business as usual’ is failing workers and the communities, and preventing a desperately needed transition away from fossil fuels.

Susan, Lesley-Anne and Ishbel from Friends of Saint Fitticks Park, the local campaign group resisting the plans, shared their perspectives on the ‘Energy Transition Zone’ and the campaign so far to save their community’s beloved local park.

“Hands Off Our Green Space”

Saint Fitticks Park is a beautiful wild park in Torry full of diverse nature. It is the only green space in walking distance for many people and has been described by locals as a “sanctuary” and by ecologists as “irreplaceable”.

After being notified about the proposed ‘Energy Transition Zone’ a community member set up the Facebook Page “Hands Off Our Green Spaces in Torry” and many have since shared stories about how important the park is for their health and wellbeing.

The group explained that they are often told that Torry is a “priority” area, which in part means that the council encourages them to access green space and go for walks in nature. Yet now their last green space is being threatened by another industrial site when there is already enough available space in nearby East Tullos and Altens industrial sites for the whole Zone.

One local resident said “As Aberdeen City Council like to constantly remind everyone, we live in what they call an area of multiple deprivation – our green space is one of the few assets the community has – if they take this away from us, they will have to add green space to their list of deprivations in Torry.”

Susan from Friends of Saint Fitticks Park said: “Everyone should be able to find their own little wild green space, that’s come over a lot in the pandemic.”

Another resident said: “Torry is surrounded on 3 sides by industrial units please just leave us this last bit!”

A history of environmental injustice in Torry


“The Torry people were helpless against the giant oil companies. Gradually the houses were vacated and as each family moved out, for the most part unwillingly, the windows were boarded up, the door securely padlocked. House after house was emptied until Old Torry resembled a ghost city.”
Mrs Elizabeth Finlayson, resident of Old Torry

The threat of unwanted development in Torry is nothing new. Lesley Anne said many residents “feel like everything is railroaded and dumped in Torry”.

“Originally Torry was a fishing and shipbuilding community that has always had an independent identity and community from Aberdeen. I’ve lived here for 30 years and the first change I was aware of was a master plan some 15 years ago to further develop the area of Old Torry. Most of Old Torry had already been destroyed in the early 70s to make way for the harbour for the oil industry. Peoples homes were destroyed, the area and the community was changed forever.

“Then there were the smelly fish processors, toxic landfill, the sewage works and they wanted to knock down the old school. There’s always been a desire to develop the area, but not positively and not what the community wanted.”

“Recently there’s been the harbour extension, then the incinerator next to the school, now the ETZ [Energy Transition Zone]. Saint Fitticks itself is a historic site. They’re constantly nipping away at the history and now the green space.”

“There’s also a history of resistance, the community managed to save the Victorian school which was built by fisher folk. A lot of Torry has been built on local people sharing their wealth, like to build the community centre and the school.The community is strong minded, we do object and fight. But there is a constant theme of trying to keep us down.”

It’s clear that Aberdeen, and Scotland as a whole, urgently needs a just transition. The phrase emerged from the international labour movement to describe a societal shift away from fossil fuels, led by the workers and communities that are most impacted, to provide them with secure livelihoods and thriving communities. The term ‘just transition’ is increasingly used by the Scottish Government and others to describe their plans, but the limited transition we are currently seeing is far from just.

A recent survey of the oil and gas offshore workforce showed that 81% would consider leaving the industry to work in another sector, with many highlighting job security as a priority for them. But they are concerned that at present the jobs are not there and pathways to transition are inaccessible. Scotland needs to act urgently to move away from oil and gas production in order to meet our fair share of climate action, and energy workers are vital to making that happen.

Friends of Saint Fitticks Park and many local residents in Torry are very aware of this, as is the whole city, and are actively engaging with the idea of a just transition and the move away from fossil fuels. But the ‘transition’ plans being imposed on them are far from just, or even green. They show a blatant disregard and lack of engagement with the communities that should be at the heart of the transition.

They consider the “Energy Transition Zone” as a marketing ploy to push unwanted industrial development onto an area that has been threatened for decades.

Ishbel says “This isn’t actually about an energy transition zone – that’s just a story that’s more palatable to the general public. Their ambition is colossal and linking it to energy transition is muddying the waters.”

Like many of the developments before it, the council and industry are promising that this new development will bring benefits to the area. But Lesley-Anne says that this is an empty promise that they’ve heard many times before: “We’ve sacrificed so much for the oil industry and other peoples’ profit, without any economic benefit to the area.”

#LoveTorry aims to highlight beauty of the area


Over the last year Friends of Saint Fitticks Park have been sharing information about the proposed developments and how people can object to them. They will continue to campaign against the ETZ plans, but one of their main objectives is to showcase the irreplaceable wild space of the park and the amazing community projects that already exist in Torry.

They have organised photo competitions where people have shared pictures of the natural beauty of the park. A forthcoming local art festival called #LoveTorry will see local groups submit films, dances and artwork to show the positive and creative side to the area. They want people in and outside of Torry to see how special the people and the park are, and stress that they should be able to regenerate the area on their own terms.

Susan stressed that although many see the proposals as a “done deal”, that isn’t actually the case. There will be Parliamentary scrutiny and review, as well as the process of getting planning permission. There will be plenty of opportunities over the next few years to challenge the development. They have been building alliances with groups in Aberdeen and beyond to pick up momentum for their campaign.

Lesley-Anne says that “The world has changed and it’s not all about big business and profit now, or it shouldn’t be… it should be about good ways of living, cleaner ways of living, less materialistic ways of living. We could be a good ambassador for that, if we’re allowed to develop our own ways of regeneration. It’s not a magic wand, there are a lot of problems here, but to give that pride back to the community would be a good start.”

Find out more about the campaign at https://saintfittickstorry.com/