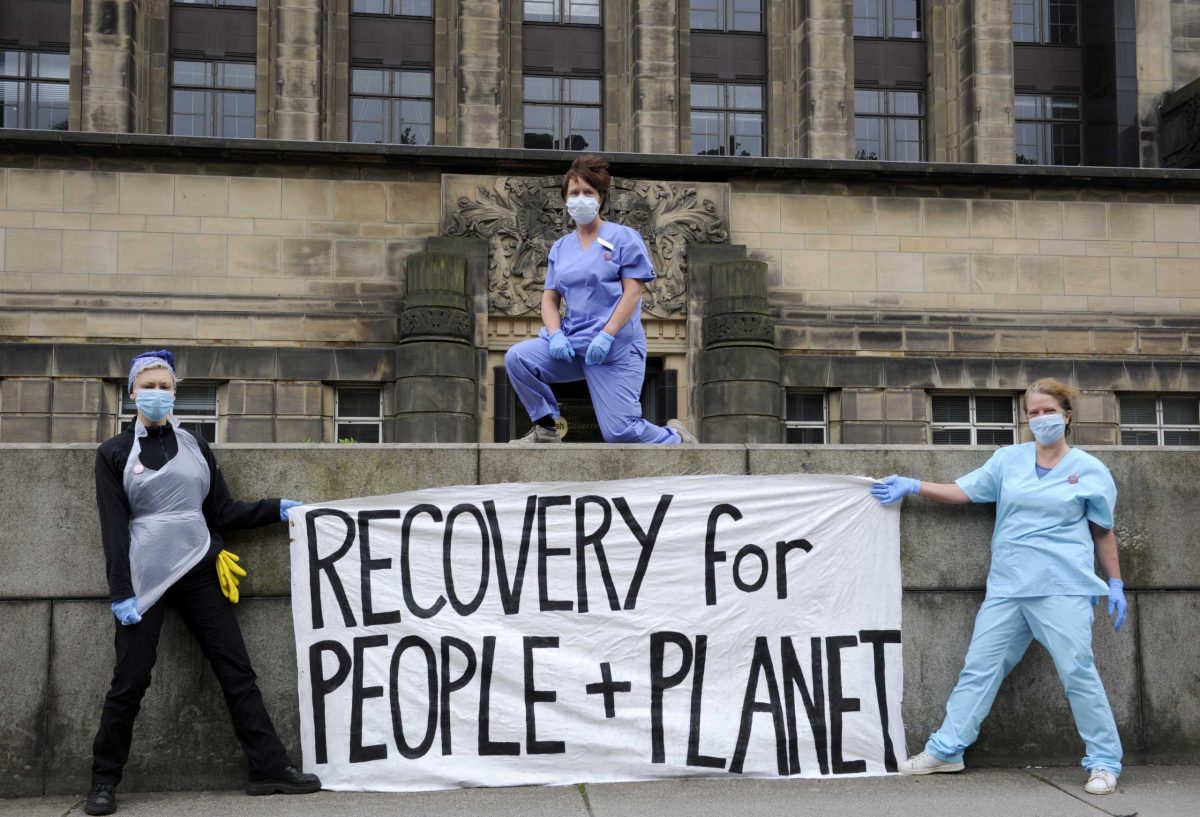 This week the Scottish Government is expected to announce its response to the recommendation from its Advisory Group on Economic Recovery. I’m hoping they will use the opportunity to make some other positive announcements because the Advisory Group’s report really wasn’t up to much.

The Advisory Group was created in April and is one of a number of ways in which the Scottish Government is getting external advice on how Scotland should come out of the coronavirus pandemic. This is a real chance to create a different, better Scotland as we come out of lockdown, a chance to leap forward in tackling inequality and climate change. Indeed the First Minister has said we must have a “green recovery,” build a “wellbeing economy” and build “a fairer, greener and more equal society.”

The problem is that it was obvious from the start that the Advisory Group did not have the right people around the virtual table to deliver on these admirable aspirations. It was chaired by Benny Higgins, ex-boss of Tesco Bank and currently chair of massive landowner Buccleuch Group. Neither he nor any of the other members appeared to have expertise in how a recovery might be green nor what a wellbeing economy might look like.

No surprise then that when the Advisory Group published its report at the end of June it was pretty disappointing. The report was called “Towards a Robust, Resilient Wellbeing Economy for Scotland.” It contained 25 surprisingly-vague recommendations and hardly anything recognisably green beyond some high-level words. Despite the title, it states the first priority of a wellbeing economy as strong economic growth, thereby ignoring several decades of important debate about what the economy should really be for.

Instead it was a pretty conventional, invest-to-grow-the-economy, cut-red-tape recipe, which hardly mentioned the obvious green investment areas of renewable energy and insulating people’s homes. Not a hint that we need to phase out the oil industry.

It was pretty clear the Scottish Government were not particularly impressed. While the people on the group were thanked for their hard work, there was no enthusiasm expressed for their conclusions and a careful statement was made stressing that this was only one of a number of items of advice the government had sought.

The First Minister promised a substantive response to the 25 recommendations, which I took to mean a clear explanation of why the government won’t be progressing some of them. The response has run late and will now be combined with a response to recommendations from the Enterprise and Skills Strategy Board.

Over 80 organisations from across different sectors of Scottish life, including Friends of the Earth Scotland, wrote to the First Minister at the end of May calling for a radical response to the coronavirus. These groups called on the First Minister to ensure the recovery transforms our society and economy in a way that puts people and planet first.

What the Advisory Group should have called for is a major boost to funding for energy efficiency programmes, investment in building new renewable heat networks and more renewable electricity schemes, new permanent walking and cycling routes, and action to give people the skills needed for the zero carbon economy. This kind of programme would create thousands of much-needed jobs right across Scotland, while drastically cutting our climate emissions.

There isn’t much to build on in the Advisory Group report but much more important is the chance this week’s response from the Scottish Government gives for them to lay out more of their own vision for the fairer, greener and more equal Scotland we have been promised.

Dr Richard Dixon is Director of Friends of the Earth Scotland. A version of this article appeared in The Scotsman on Tuesday 4 August 2020.

Learn more about our work for a Just and Green Recovery from coronavirus.

Update: The Scottish Government delivered their response to the recommendations on Wed 5 August. Read about it here