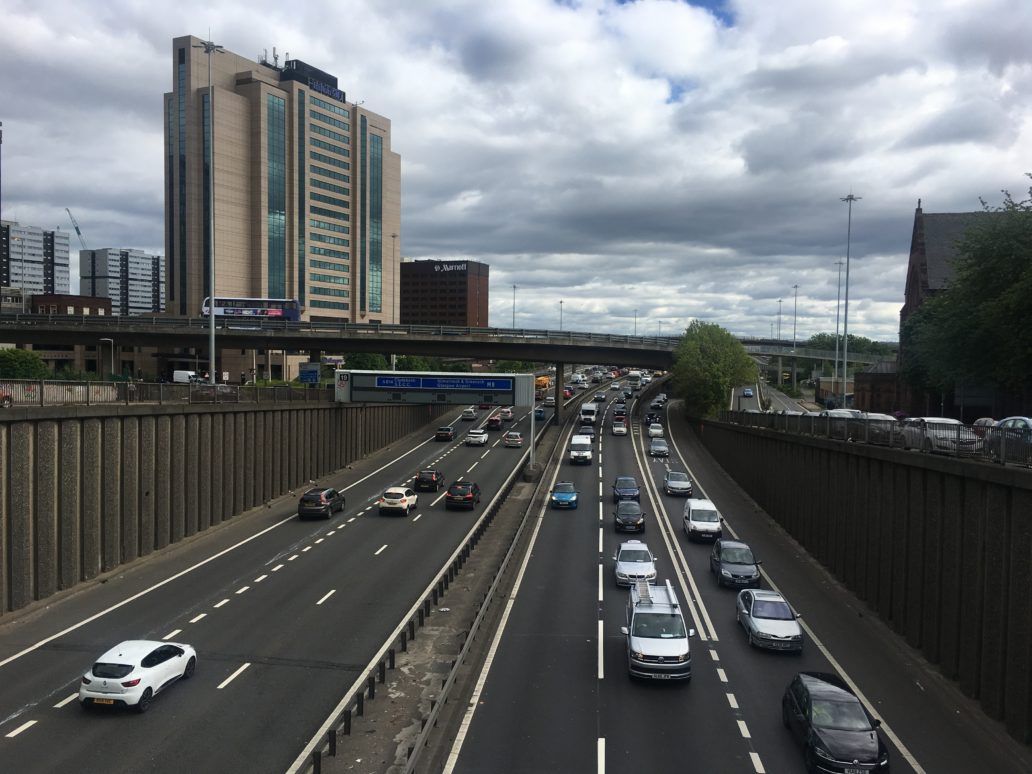 Transport Bill continues its journey of highs and lows

Just before the Scottish Parliament headed off on their summer holidays, the Rural Economy and Connectivity Committee concluded Stage 2 of the Transport Bill , which had good news, bad news, and some downright odd developments.

Let’s take a quick look at what the Bill looks like now, and what we can achieve during the final stage of the Bill when all MSPs will get a chance to vote on it.

What’s happening with the Transport Bill?

The draft Transport Bill was published last year. It originally included the rules to help run Low Emission Zones, a variety of powers for local councils on buses, and restrictions on both pavement and double parking. Here’s what we initially said about the Bill.

We had been making the case that the rules and standards for the Low Emission Zones needed to be strengthened significantly. We supported amendments that would reduce the suuuuuper long implementation periods (how long before the Zone actually restricts dirty vehicles) and give councils more powers to increase the emission standards where appropriate. These failed. In fact, all of the amendments we supported to strengthen the LEZs failed. Thanks to Colin Smyth MSP and John Finnie MSP for moving amendments to strengthen the Zones ability to fight air pollution and (often) being the only ones to support them.

MSPs seemingly expended more energy trying to get various vehicles and vehicle types exempted from Low Emission Zones. The Cabinet Secretary for Transport, Michael Matheson, assured Committee members that these exemptions would be handled in the regulatory process – after the Bill became law.

Only one of these amendments passed. Richard Lyle MSP successfully secured an exemption for ‘funfair vehicles’.

Is there such a category of vehicle? No. Is this exemption therefore going to undermine Low Emission Zones? Yes. Did anyone voting for this (f)unfair amendment – while voting against exempting emergency service vehicles – appear to have any qualms about this? No. (Liam at Holyrood magazine picks up that this curious story here)

On buses we had more success. We had been pushing for Councils to be able to own and run their own bus services. The private bus operators are failing, routes and passengers are being lost at a worrying rate  – 100million less journeys by bus in the past decade. We need to urgently reverse this trend to take cars off the road, which will tackle climate change and air pollution. We also know private operators are refusing to upgrade their vehicles even when the taxpayer is footing the bill.

The Scottish Government put down their own amendment that would allow councils to set-up an arms length bus company (such as Lothian Buses in Edinburgh). And Colin Smyth MSP put down an amendment to allow councils direct operating control of a bus service. Both of these passed. Alongside the existing sections of the Bill for franchising and data sharing, there is an exciting suite of powers coming to local authorities to radically renew and improve our public transport.

There was also a significant amendment added, and passed, at Stage 2: the Workplace Parking Levy . This amendment gives optional powers for councils to implement a WPL, which places a levy on employers for each of their parking spaces and re-invests that cash in public transport. The levy is a useful tool for city councils to encourage more people to shift from taking the car to walking, cycling, and using public transport.

The Levy was announced as part of a budget agreement between the SNP and Greens but it has faced strong opposition from Labour, the Lib Dems, and the Conservatives. Yet the hysterical falsehoods (1, 2)pedalled about the policy by our esteemed MSPs doesn’t bode well for future measures to make the necessary overhaul of our transport system.

Last month we learned that road transport is Scotland’s biggest emitter of greenhouse gases. But the urgency of reducing climate emissions has been at the far fringes of the Transport Bill process. We need to see greater vision and ambition from our politicians, and so far we’re not seeing very much.

MSPs are now on their summer holidays until September. Later in the year, the Transport Bill will begin Stage 3 when all MSPs will have their say. We’ll be working throughout this period to make sure every MSP understands that: