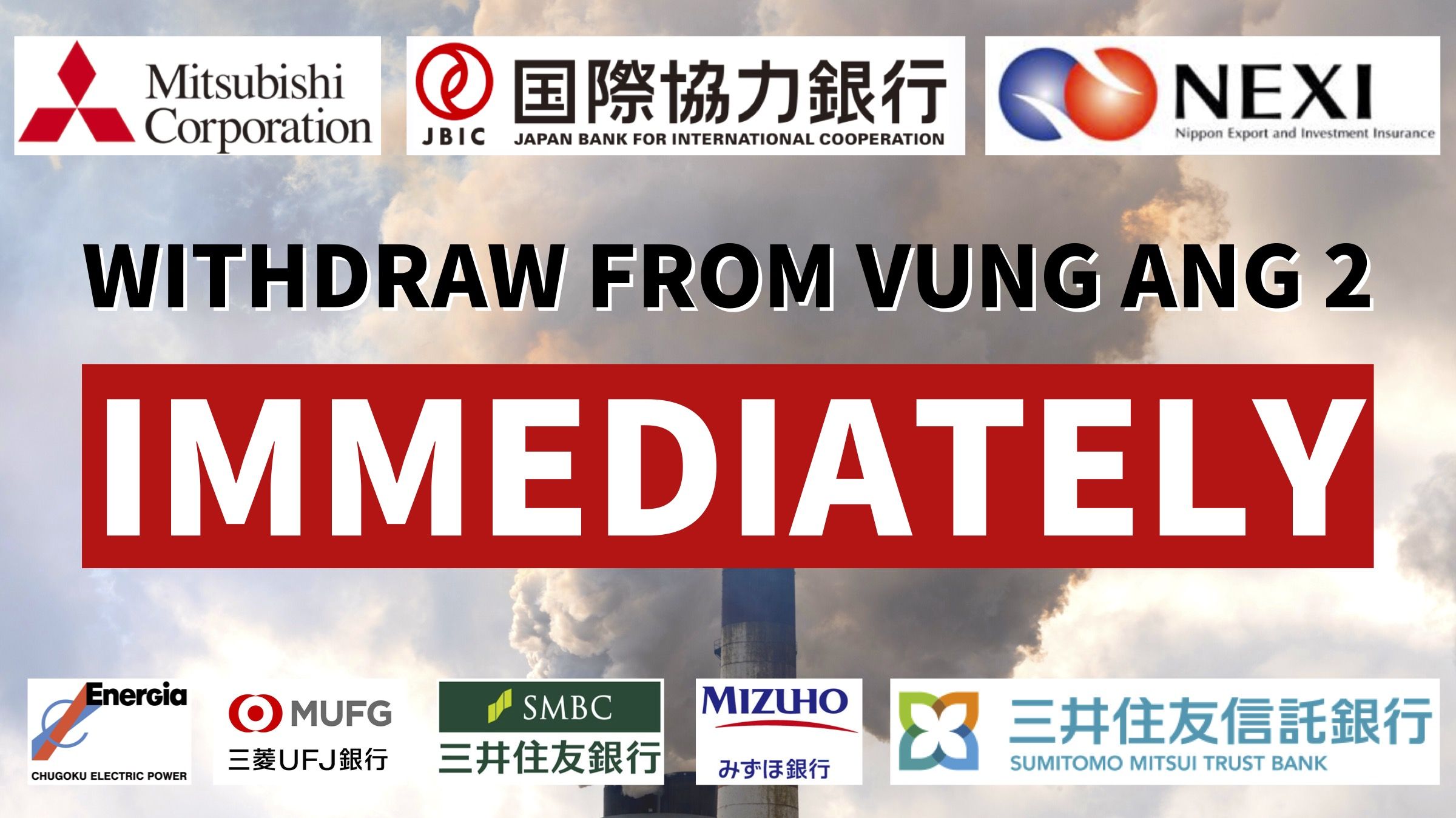 A recent rash of announcements that countries will stop funding fossil fuel projects overseas has not yet had an impact on the Japanese government’s plans to fund a large coal-fired power station in Vietnam.

At the end of last year, the UK Government became the first country in the world to say it would end public funding for fossil fuel projects overseas. This currently comes as export finance for UK companies, foreign aid and spending on trade promotion.

There are some limited exemptions, it doesn’t apply to funding already committed and there may be as many as 20 projects still in the pipeline which might get funding before the rules come into force at the end of this year. But it is a huge step forward.

Last week, the Scottish Government announced pretty much the same policy, with financial support ending by the time of the UN climate talks in Glasgow in November. You might wonder how much money Scotland puts into overseas promotion of fossil fuel goods and services, but the immediate complaints from the industry show that it is significant.

Also last week, the US announced similar plans at the World Economic Forum, ending support which has been worth about $10bn over the last few years.

Completing a trio of announcements last week, the European Investment Bank, which funds infrastructure projects across Europe, said it would stop all financing for fossil fuels by the end of the year.

This flurry of countries actually making their money policy more consistent with their climate policy hasn’t reached Japan yet – a country which recently announced the aim of becoming carbon neutral by 2050.

The Japanese Government’s Japan Bank for International Co-operation plans to fund the construction of the Vung Ang 2 coal-fired power station in Vietnam, agreeing a $636m loan at the end of last year. Another Japanese government agency is considering further investment to support new coal-fired plants in Bangladesh and Indonesia. Coal is the most climate polluting of the fossil fuels.

Pressure on Japan to end coal financing plans in Vietnam

Our Friends of the Earth colleagues in Japan have helped gather signatures from 128 organisations in 39 countries for a petition to the Japanese Prime Minister and the heads of private Japanese banks and companies believed also to be involved, calling for the support for Vung Ang 2 to be withdrawn.

Vietnam is one of the world’s most vulnerable countries to the impacts of climate change, with four typhoons striking central Vietnam in a single month last autumn. The plant would also be built to lower air pollution standards than allowed in Japan, creating local pollution five to ten times higher than would be allowed in the funders’ home country.

Renewables are already cheaper than coal generation in Vietnam so contracts will have to be fixed so that the plant is viable, but this means a likely increase in electricity prices for the population.

Dr Richard Dixon is Director of Friends of the Earth Scotland. A version of this article appeared in The Scotsman on Tuesday 2 February 2021.