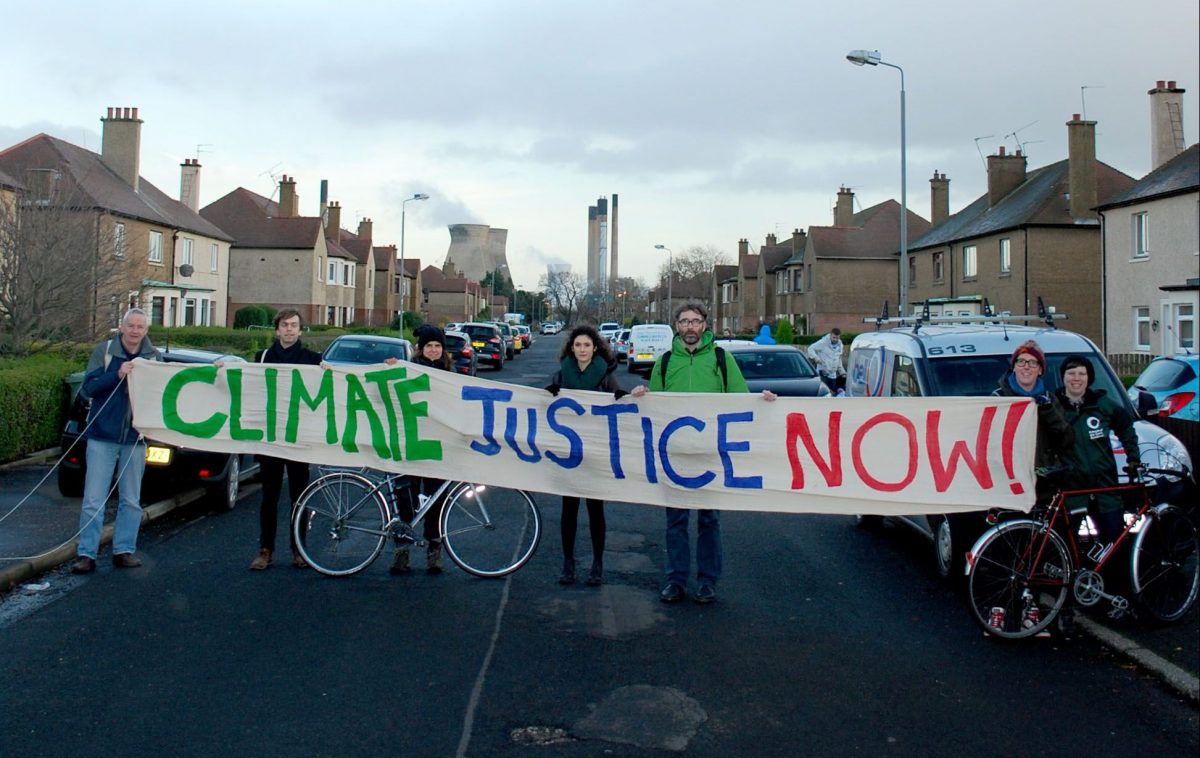 What makes you an activist?

I am involved in dealing with social injustice in my day job as a manager for a children’s charity which works alongside vulnerable children, young people and families. My working life in my community often crosses over to other social issues where I can offer voluntary support.

Being brought up in the shadow of the petrochemical industry in Grangemouth shaped my activism. I joined CND at 14 as I was aware my town was a nuclear target. My first Public Meeting, age 15, was also the first time I heard of Friends of the Earth.

The meeting was about the Rechem incinerator in Bonnybridge. It was my introduction to the lies corporations will tell communities to disguise the public health impacts of their production. My Biology teacher became the spokesperson of the communities’ concerns. It was a case where people power won and the incinerator was closed. Years later I sat in a meeting with my Biology teacher at the launch Friends of the Earth Forth Valley, now FoE Falkirk.

I have always been inspired, informed and supported in my environmental activism by FoE Scotland. I have been to civic events at four UN Climate Change talks and have been inspired by so many campaigns and activists from across the global climate justice movement.

FoE Falkirk act locally with a global perspective. This enabled us to be literally rooted in Falkirk, through our community gardens, while campaigning against fracking, the oil and gas industry as part of a global movement. This motivates me to play my own small part. I developed a Carbon Cycle Tour to tell the corporate story of Grangemouth while ensuring that the voices of the community were not forgotten in the narrative. I have provided this tour regularly over the past 10 years.

Over the past 5 years I have been volunteering with the Kindling Trust in Manchester. They support new commercial growers to grow the accessibility of organic vegetables across Manchester.

A Network would be great to share successes, ideas and address common concerns. There is nothing more inspiring than hearing the experience of a campaign group or campaigner.

Many of the causes I am concerned about or active in started with hearing someone’s personal story of their involvement in a campaign. There are too many issues for any one person to get involved in them all, but the power of solidarity and moral support can help with motivation and for maintaining passion of those on the front line.

Transitioning to a low-carbon, low-polluting way of living that is much more in harmony with the natural world so that communities with the least power are not trashed in order that the global economy continues on a trajectory of consumption as a primary way of growing the economy.

It started as a low-level realisation that rather than just grumbling about the low priority given to active travel, I should actually do something to try and make things better for everyone trying to do active travel.

Through campaigning for better cycling infrastructure, with Gobike Strathclyde, I heard about Friends of the Earth Scotland’s training course, “Campaign Organisers”.

I completed the course and at the moment I mainly work behind the scenes as part of Glasgow Calls Out Polluters, which is campaigning to exclude big polluters from driving the agenda at the UN Climate talks in Glasgow – COP26.

Campaigning against big corporations and intransigent governments with vested interests can be dispiriting at times. So it feels important that People Power Network is a practical place to come back to and get grounded in the basics of how to campaign well and systematically. I love that the People Power Network online space is one handy place where campaigning resources are collected and curated for me.

And I think that People Power Network is a network that tries to include a broad church of interests. This feels really important so that groups see each other as allies in a common cause rather than competing with each other for airtime and sometimes, funding.