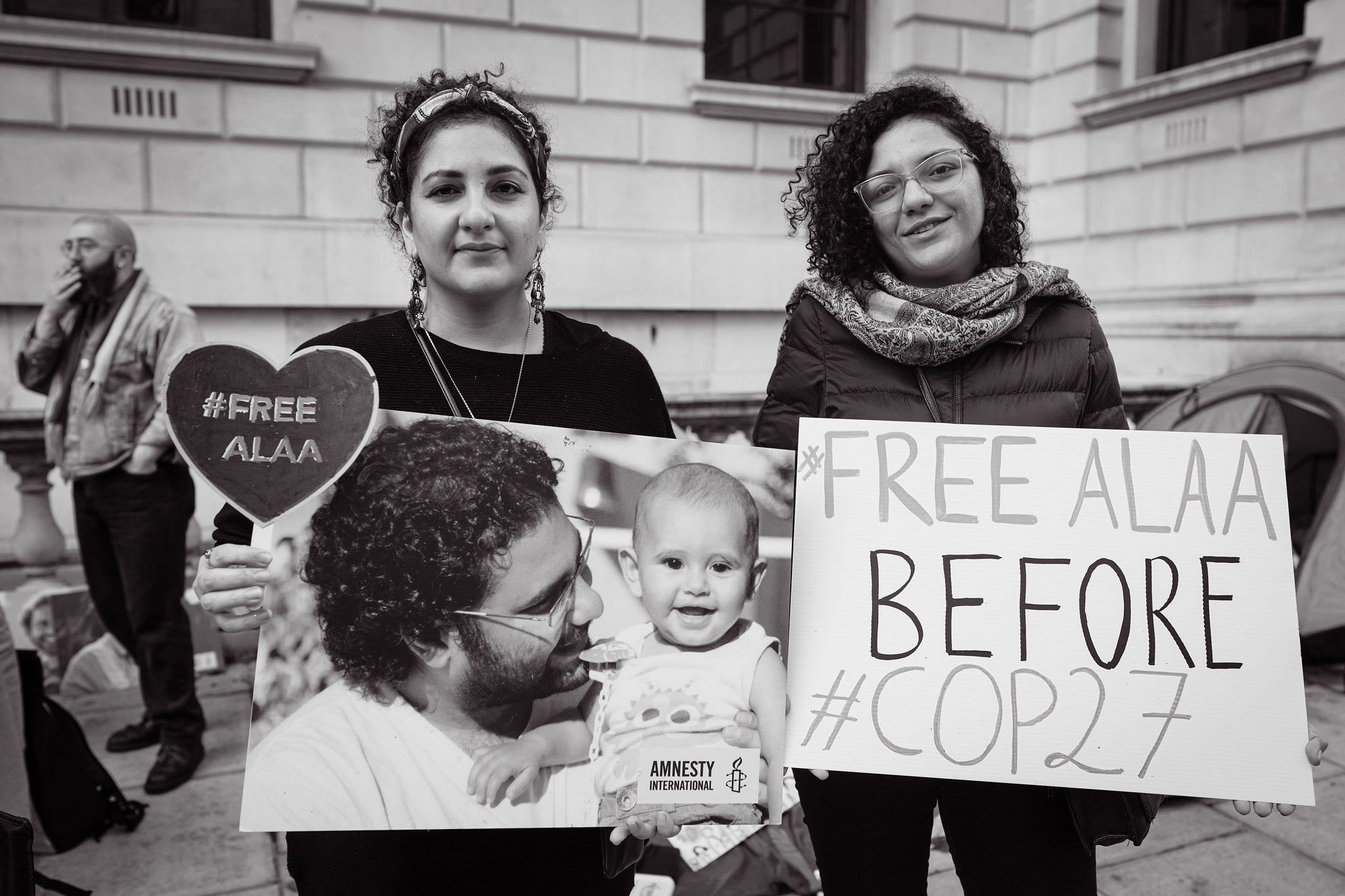 This year’s UN climate conference COP27 will be held in Sharm el-Sheikh, Egypt from 6 – 18 November. With the last 5 summits having taken place in Europe, it is enormously important that the summit takes place on the African continent, with an African government as president, given the devastating climate impacts already being experienced by people there.

However, Egypt’s track record on human rights is horrifying. Tens of thousands of people have been arbitrarily detained and routinely tortured for exercising their civil and political rights. The state has engaged in massacres, extra judicial killings, and forced disappearances.

It is against this backdrop of repression, and increasingly visible climate breakdown, that world leaders will meet once to negotiate responses to the climate emergency at COP27.

The Egyptian human rights movement is seeking to use the spotlight that hosting COP27 puts on Egypt to expose President el Sisi’s brutal regime and call for the release of political prisoners and the opening up of civic space.

As part of the Week of Action in Solidarity with Egyptian Prisoners of Conscience we organised an event exploring whether participating in the climate talks can leverage opportunities to support Egyptian civil society, and how we can build together for human rights and climate justice centred solutions to the climate crisis.

Sign the Egyptian Human Rights coalition’s petition calling for the release of political prisoners and the opening up of civic space https://copcivicspace.net/petition/

British-Egyptian blogger and activist Alaa Abd El Fattah is one of Egypt’s highest profile prisoners of conscience who has been in prison for most of the last 8 years and is currently on hunger strike.

Alaa’s imprisonment is highly symbolic and being used by the regime to crush the spirit of the resistance. The campaign for his release is seeking to leverage the transition of the COP presidency from the UK to Egypt at COP27.

Sign the petition to support his release and visit www.freealaa.net to find out more about how you can get involved.

Take part in the Global Day of Action

Because of the restrictions on political expression and the right to protest, there will be no mass mobilisations in Egypt around COP27.  African, Egyptian and Arabic civil society have called for people to join actions in their home countries all over the world as part of the Global Day of Action on 12 November. It is vital that we stand with them and take action where we can.

Read about the key issues to be discussed at COP27