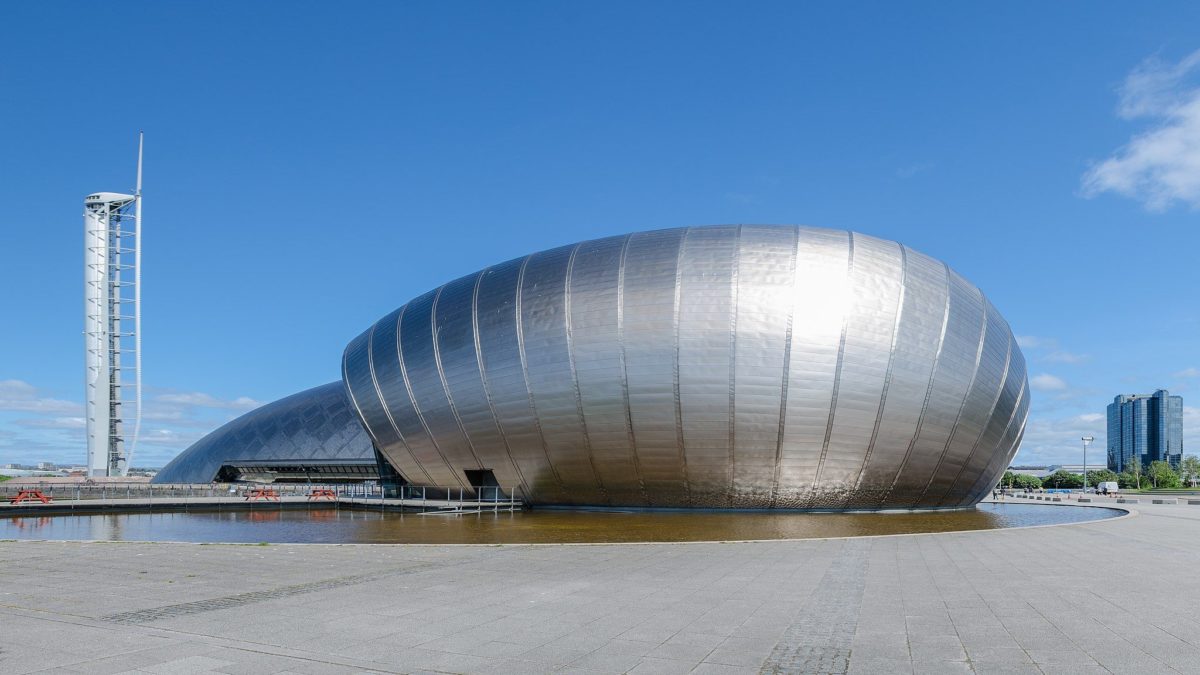 Whose Science Centre is it anyway ?

Home > Whose Science Centre is it anyway ?
24th March 2020 By Richard Dixon

The Glasgow Science Centre has great facilities. Quite apart from all the exhibitions and hands-on displays it has three conference rooms, a lecture theatre, a huge atrium, a cafe and even an IMAX cinema. Oh, and a 127-metre observation tower. And it is just across the River Clyde from the SEC, where the UN climate talks, COP26, will be held in November (crosses fingers).

It’s an obvious location to hold public talks and workshops and create a space for mingling and networking during the talks because it is outside the security zone, which you can only go to if you have an official pass.

Eminent climate scientists, country negotiators and witnesses to the impacts of climate change on the ground could simple step out of the official talks, stroll across the pedestrian bridge and, in less than 5 minutes, be talking to a receptive public audience.

And the key spur for action on climate change should be the scientific evidence, a large part of the core mission of the Centre.

This is certainly what we thought back in September last year, so I was one of three people from the Stop Climate Chaos Scotland coalition who went to meet senior staff to talk about making the Science Centre a hub for civil society during the two weeks of COP26. They had been clearly told that this side of the Clyde would not be included in the main security zone. We had a great discussion and the Science Centre people were very keen to be involved and particularly to help people from Glasgow feel engaged with this huge and crucial event coming to their city.

For a while there was discussion about whether there might be some possibility of sharing the building, or of putting up giant tents alongside it, but by the end of September it was clear that the building would be used solely by the Scottish Government for their programme of cultural events, receptions, talks and workshops. We wished them well.

And that’s how it stayed until the UK Government suddenly woke up in February. You would think from the parting comments of sacked President of COP26 Claire O’Neill that the Scottish Government had nipped in and stolen the place from a long-establish UK Government booking and that the building was a key part of the COP26 site.

In reality they were coming to the party five months late. There followed a tedious period of accusation, claim and counter-claim.

When the wave of argument had subsided there were sensible seeming talks to arrange a deal for the two governments to share the site. It is, after all, huge. Most recently our Scottish Climate Secretary Roseanna Cunningham offered, in co-operative spirit, to relinquish their booking at the Science Centre if a suitable alternative venue could be secured.

I have no doubt that some great things will happen at the Science Centre during the COP but sadly I fear the wrangling is not yet over, since it is not obvious that such an ‘suitable alternative’ exists, certainly not close to the venue for the official talks.

The Glasgow Science Centre is currently shut to the public because of coronavirus but they are cleverly running a series of daily science webcasts at 10am every morning. Find the details on their Facebook page here

Dr Richard Dixon is Director of Friends of the Earth Scotland. A version of this article appeared in The Scotsman on Tuesday 24 March 2020.