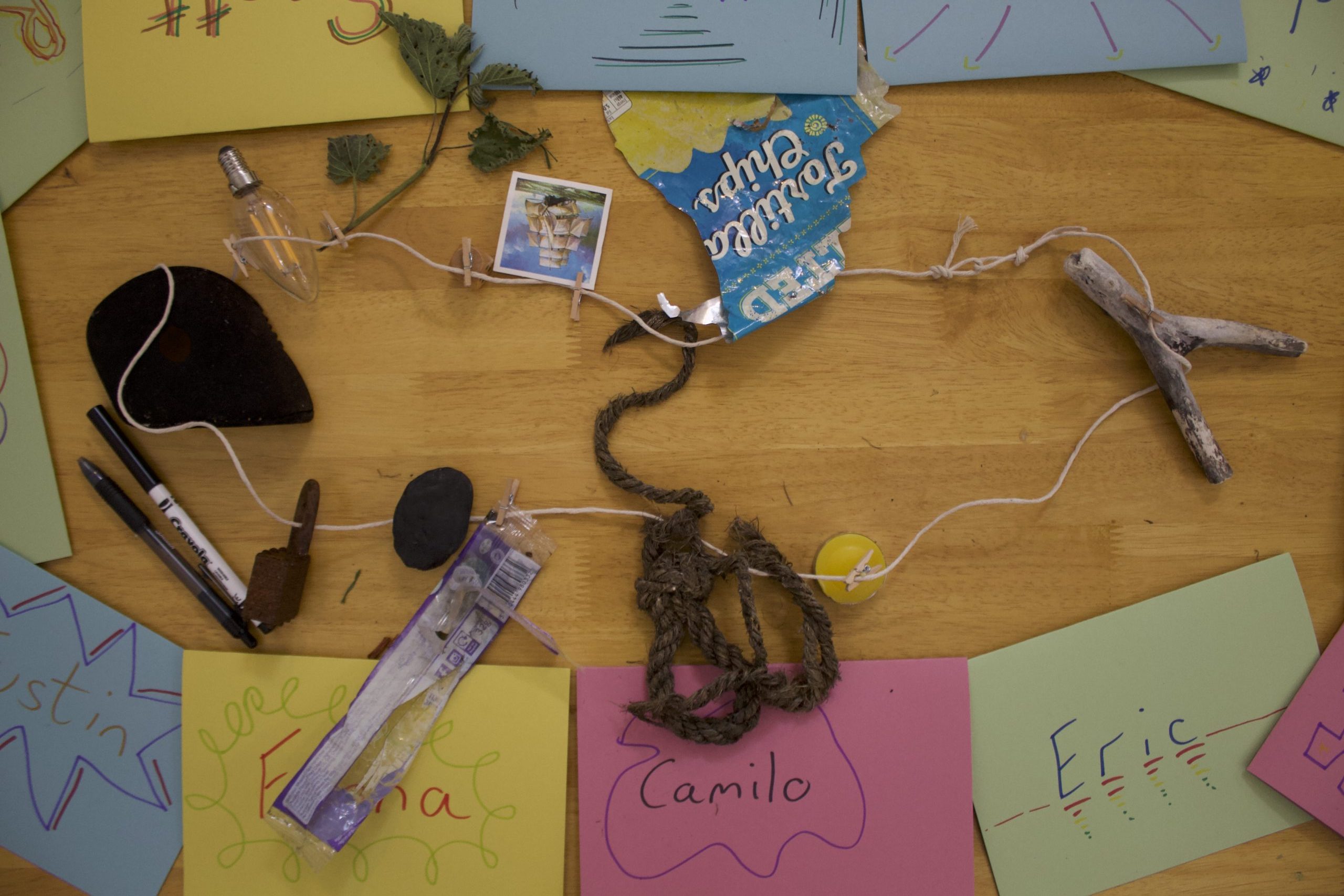 Building a Just Transition in the North East in 2022

This year though has been much more about sharing the core principles of what I believe is essential to achieve a successful and just transition. This means an acceptance that our region has to make a relatively rapid shift away from its reliance on the oil and gas industry, but workers and the communities that would be most affected by any phase out, have to be central to deciding how we make the transition.

2022 has been another fascinating year of deepening conversations and ensuring that people recognise and build their power in these processes affecting their lives.

When I started with Friends of the Earth Scotland, I never thought the work would see me produce a film. But by the end of this year I had worked with Sara Stroud, a local filmmaker, to produce a film about how oil seeps deep into the lives of ordinary people in Aberdeen.

Talking with people as part of Climate Week North East

It would be a few months before the film met an audience, but in March we saw over a hundred people attend a series of events we organised as part of the annual Climate Week North East.

In total we hosted or collaborated in seven events all held at the Old Torry Community Centre. The theme running through all the events was ‘Just Transition’, which included articulating the ideas and core principles behind a just transition through film, talks and workshops.

One of the highlights for me was an event based around the Scottish Government’s Just Transition Fund. This started with brief presentations from local MSPs Audrey Nicol and Mercedes Villalba, with their vision of how the fund should be spent, but then for the majority of the event, it was over to almost 30 members of the public to deliberate and share their own vision for a just transition in the north east.

This event was also used to test ideas for a similar, but much longer workshop that spanned a whole weekend in May. I organised a just transition residential which convened a group of people from various walks of life in the north east, to explore, discuss and critique current transition narratives. But more importantly participants were able to deeply explore a collective vision using a variety of activities, that even included performative exercises.

I found this event extremely useful in informing my own approach to a just transition and indeed my work. It provided valuable insight from a range of perspectives, that included people who work to support young families, criminologists, artists, academics as well as oil and gas workers and climate activists.

A key insight I learnt from the residential, is a recognition to slow down, observe and reflect on a challenging issue, rather than jump to a solution and quick fix, which feels like the present norm. This is what we encouraged people to do over the weekend when it came to thinking through what a just transition in the north east could look like.

I used the insight over the weekend to articulate a deeper understanding of a just transition to the wider climate movement in Scotland, when the annual Climate Camp Scotland arrived in Aberdeen during the summer.

Basing itself in St Fittick’s Park, the climate camp decided to foreground and support the local community in protecting the park from a corporate land grab of greenspace. The support from the climate justice movement was well received by local campaigners, because I believe what happens at St Fittick’s Park will be pivotal in shaping the type of just transition for the north east.

It will show whether the voices of those most affected by an energy transition are ignored or listened to. It appears at present it’s the former, so our work is to support the workers and communities that will be most affected but any type of transition.

Film as tool for oil campaigning

Finally, towards the end of the year saw the first screening of Sara’s film, titled The Future is Not F*cked. The film was shot in Aberdeen and attempts to tell some of the stories of relationships with oil and gas through documenting a poetry workshop and spoken word night.

It is an infusion of live performance, interviews and cityscape and we’ve had a total of 7 screenings, sometimes combined with the documentary film ‘Offshore’ about the experiences of workers in the North Sea.

Each screening has generated a rich discussion about oil and its role as not just an energy source or material feedstock, but perhaps more importantly how it influences a city’s culture and indeed the relationships among people and a city.

I believe understanding this is important to ensure we don’t repeat the mistakes of the oil industry’s boom and bust approach that has driven inequality. This will give us a greater chance of creating a deep and far reaching transition, which, despite a meaningful and enjoyable 12 months, currently still feels a long way off.

Read about our transition campaigning with offshore oil and gas workers
Become a member of Friends of the Earth Scotland
This site uses cookies to store information on your computer. To find out how we use them please view our Privacy Policy.Accept AllNo Thanks
Manage consent