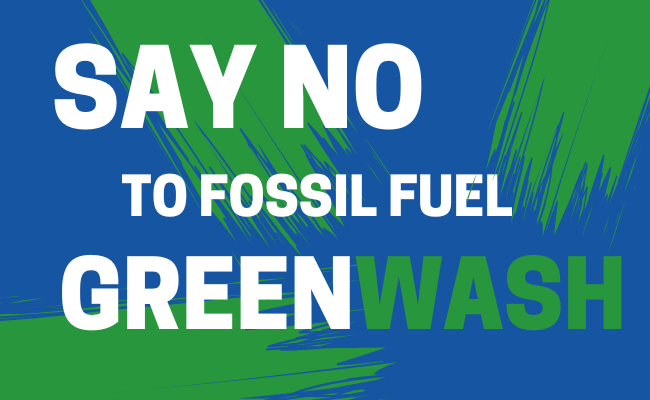 Fighting back against carbon capture and hydrogen greenwash

This year we have been working hard to end the Scottish Government’s dangerous over-reliance on carbon capture and hydrogen in so called ‘negative emissions technologies.’

The industry-led hype around hydrogen and carbon capture storage (CCS) projects gathered pace this year both in Scotland and the world. The public pressure on the oil industry is forcing them to ramp up their greenwashing claims and the grand promises of what these technologies could deliver.

This hype is in spite of the overwhelming scientific evidence that CCS has failed to deliver at the scale predicted and with research shining a spotlight on the technical failures of the few CCS facilities that have been built.

So we have spent this year building momentum against CCS and technologies like blue hydrogen (made from fossil fuels) and urging the Scottish Government to reconsider their support for these dodgy technologies and to instead commit to phasing out fossil fuels and investing in areas like renewables.

In May , we saw the Scottish Government finally admit that CCS will not be working in the time frame they have assumed – leaving a gaping hole in their plans to cut climate emissions this decade.  But we are yet to see them change their mind on pouring further millions of pounds in investment towards these hare brained technologies.

We have worked hard to combat the greenwashing and to raise awareness of CCS and hydrogen throughout these past 12 months.  We produced some new informative and accessible animations on hydrogen and CCS that highlight the real concerns associated with relying on these technologies.

We went to the SNP conference to speak to party members about the dangers of relying on CCS and Hydrogen which will only prolong the life of fossil fuels. It was great to be joined at the event by Tommy Sheppard SNP MP and we had some great engagement from attendees discussing their views and concerns with fossil fuels in Scotland.

We also commissioned and released a brand new report on the role of Hydrogen in Scotland that highlights the areas of where hydrogen might make sense to use.  For example, green (renewable) hydrogen might be suitable in heavy industry like cement creation but it is too inefficient and expensive to use hydrogen in most transport and heating.

We also discussed the findings of the report alongside Mark Ruskell MSP and the researcher Flick Monk at a launch event with MSPs. Politicians from each of the parties heard our concerns about the Scottish Government’s supportive position on hydrogen and CCS.

We have also started a campaign against the proposal from SSE and energy giant Equinor to build a new gas fired power station in Peterhead. We have submitted a formal objection to this development and also urged local councillors to speak out against this application which could keep us locked into using climate wrecking fossil fuels for decades to come.

Whilst the planning application is currently sitting with local councillors, we are keeping a firm eye on the progress of the application and were recently in Peterhead speaking to local residents about our concerns and hearing their views.

As we look into 2023 we will be building on the growing awareness that CCS and fossil hydrogen are distractions from real climate solutions. When the time comes we will be urging the Scottish Government to reject the polluting Peterhead power station as well as campaigning for them to direct funding and policy support away from these fantasy technologies.

Become a member and help us do more in 2023
This site uses cookies to store information on your computer. To find out how we use them please view our Privacy Policy.Accept AllNo Thanks
Manage consent