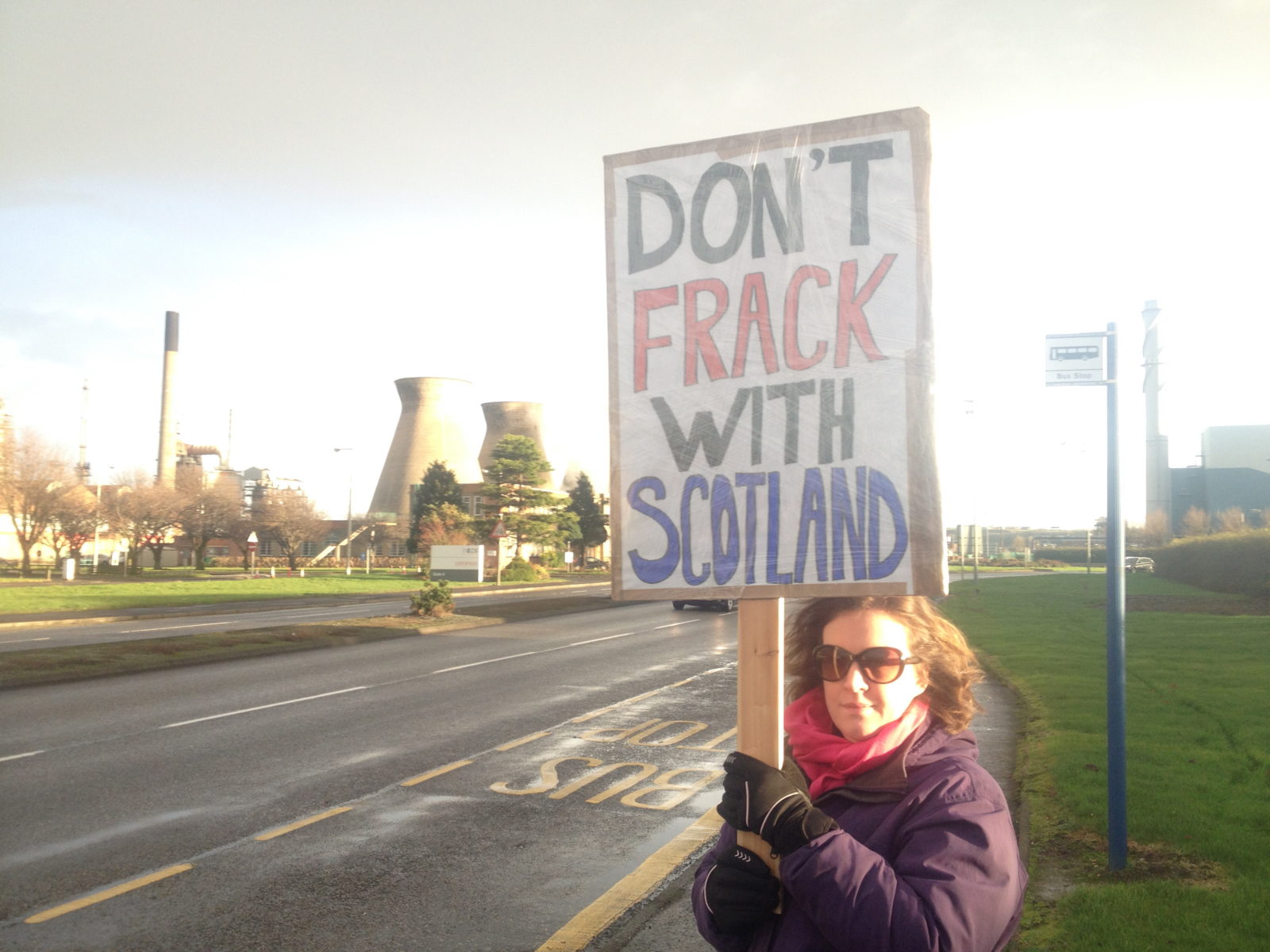 Dancing around handbags in the Court of Session

As yesterday’s hearing drew to a close Gerry Moynihan QC for INEOS paraphrased Germany’s Bono in asking ‘when is a ban a ban’? This morning he described the arguments put forward by counsel for the Scottish Government as to whether fracking had or had not in effect been banned as ‘dancing around handbags’. A ‘dark cloud’ was hanging over the matter he said, and there was a need for the air to be cleared.

Mr Moynihan then sought to demonstrate that a decision to ban fracking had indeed been made by Scottish Ministers on 3 October last year, and brought into effect by extending indefinitely the moratorium in place since January 2015. He said it was utterly wrong to characterise the ban as ‘a gloss’, and there was never any suggestion it was such until yesterday.

It was put that the Minister’s actions had highly pertinent and practical implications for the petitioners in that there was now no point in their proceeding with applications for planning and environmental permissions so as to develop their licenses. Further, no consideration had been given to the financial impacts on INEOS or Reach CSG in coming to this decision. Had Ministers followed the correct route, it was argued, by considering primary legislation to ban fracking, they would have had to address the impact not just on future licenses but also existing licenses. Whether under onshore oil and gas licensing powers, devolved as of February 2018, Ministers could actually revoke existing licenses was an academic question in this case. However, any course of action impacting on existing licenses to the extent that the decision of 3 October did would require two financial questions to be addressed: who should bear the costs of decommissioning, and would the petitioners be due any compensation for the value of their licenses.

While the total amount the petitioners consider may be due in compensation was not made clear today, a sum of £30million was noted in relation to decommissioning costs for existing licenses.

Today’s hearing drew to a close with parties and Lord Pentland hopeful that all the remaining relevant points would be dealt with tomorrow, drawing the case to a close one day early.

Read about what happened on Day 1 and Day 3