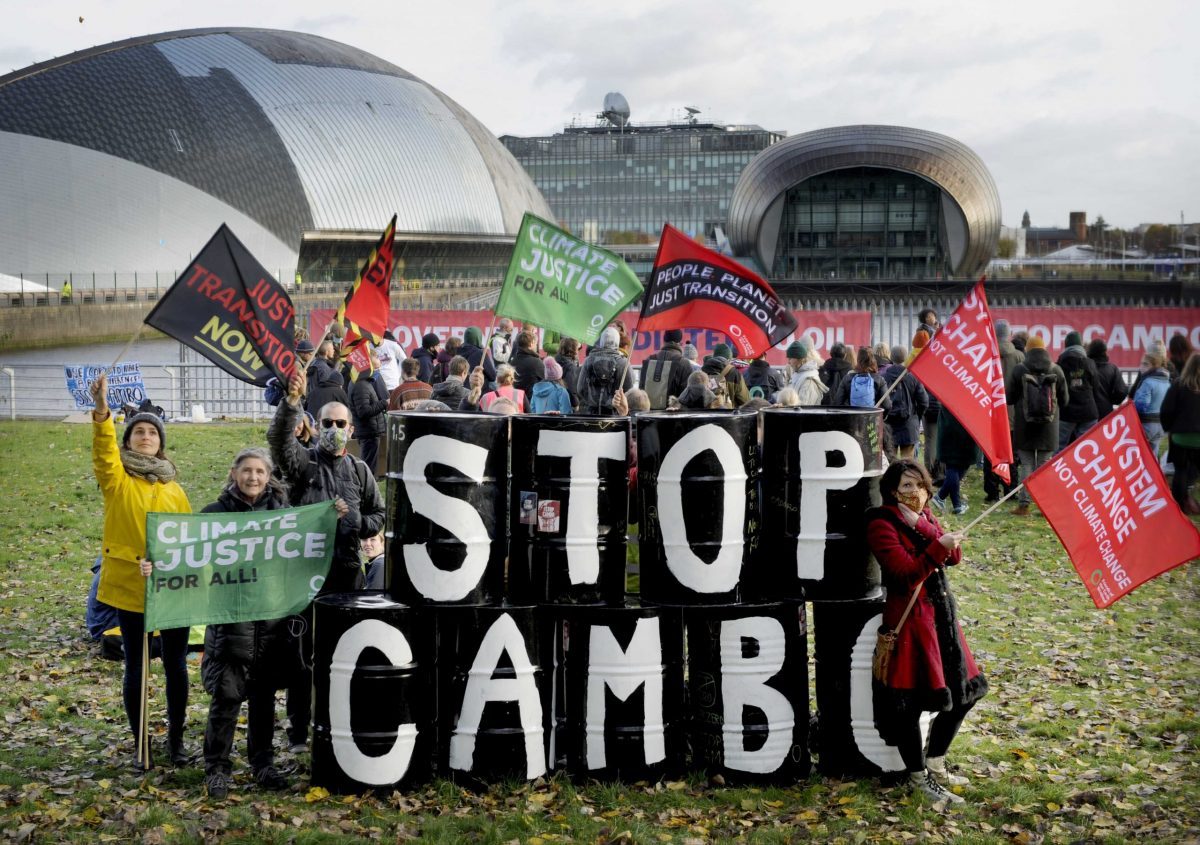 People power has forced the oil giant Shell to pull out of the controversial Cambo oil field!

The oil giant made the shock announcement last week, saying that the project was uneconomic and likely to face major delays. This came after Cambo faced months of fierce opposition and scrutiny from the public, climate groups, scientists, the media and politicians, not least during COP26 in Glasgow.

Since we launched the campaign to stop Cambo this summer, over 90,000 people have spoken out against Cambo. We delivered a petition to Downing Street, many of you have challenged politicians to stop the project, meeting your MPs and MSPs, people occupied a UK Government building, organised creative protests against the oil field, organised together on Zoom meetings, spoke to the media and much more. All this pressure added up and scared off Shell.

Shell’s decision to run off came a week after First Minister Nicola Sturgeon’s strongest statement yet about the Cambo development. She said that “it should not just get a green light”, and that she didn’t think that it would pass any rigorous climate assessment. This was a significant improvement from her previous calls to ask Boris Johnson to maybe think again about approving it.

These two major developments were a direct result of people like you signing petitions, contacting your politicians, talking about Stop Cambo on social media, supporting our work, joining events and making your voices heard.

People power made this happen. It has forced one of the biggest, baddest companies on the planet to retreat from their polluting plans.

What next for Cambo?

We believe that this must be the end of the line for this climate-wrecking project.

Shell held a 30% stake in the project, with private-equity backed firm Siccar Point Energy holding the remaining 70%, so there is a slim chance that another company could come in to replace them but with one of the biggest, most experienced and best resourced oil companies on the planet saying they don’t want to be involved, it’s hard to see who would take this on.

Even fossil fuel industry insiders are describing it a ‘huge blow’ and admitting that it looks unlikely that another player would take on Cambo.

However, the final decision still rests with the UK Government and we will continue working to ensure that Boris Johnson and his government finally reject Cambo for good.

The beginning of the end for all new oil and gas?

This historic moment marks a real turning point, and could be the beginning of the end for all new oil and gas projects in UK waters.

Aside from Cambo, we know there are 30 more offshore oil and gas projects that have either already applied to the UK Government for permission to drill, or are expected to do so in the next 3 years. These include the large Rosebank field, just 25 miles north of Cambo, which developers Equinor and Siccar Point Energy again will be trying to push through next year.

The next step of our campaigning is to get a ban on all new oil and gas projects, as the International Energy Agency said this year is needed if we’re to stay within the crucial 1.5ºC warming target that countries committed to again at COP26 last month.

That’s why we’ve been working to change the UK and Scottish Government’s law and policy on oil and gas, so that instead of fighting each of these proposals as they come along. Just before COP we were successful in getting the Scottish Government to say that due to climate concerns, they would “no longer support unlimited recovery of hydrocarbons including oil and gas”.

All this news shows that campaigning works!

Now we keep the pressure on both UK and Scottish Governments to ban all new oil and gas projects, quickly scale up renewable energy and finally get on with planning a fair and fast transition away from fossil fuels for people working in these industries.

Together we can win that renewable-powered future where people have transitioned to decent green jobs.

Donate now to support our work
This site uses cookies to store information on your computer. To find out how we use them please view our Privacy Policy.Accept AllNo Thanks
Manage consent