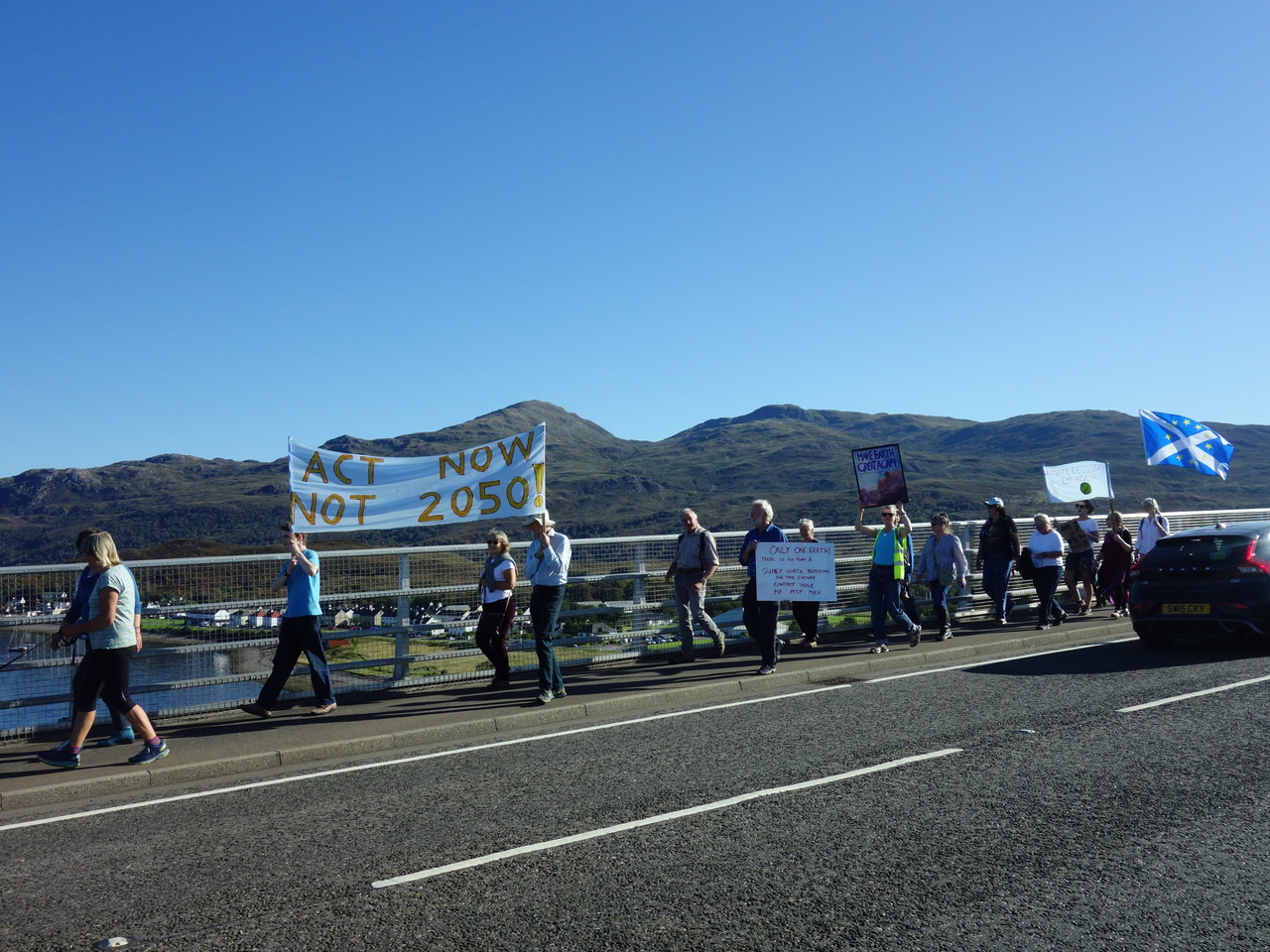 Campaigners are urging the Highland Council Pension Fund to pull investments in fossil fuels in order to tackle the climate crisis after it was revealed by Friends of the Earth Scotland that it currently invests over £40 million in companies such as BP and mining giant BHP.

The Highland Council declared a ‘climate emergency’ in 2019 and committed to making the region carbon neutral by 2025, but its current investments are in opposition to achieving this.

Last week, a report from the IPCC stated that unless there are immediate, rapid and large-scale reductions in greenhouse gas emissions, limiting warming to close to 1.5°C or even 2°C will be beyond reach.

As fossil fuel stocks have fallen in value in recent years, local councils have lost out. Recent analysis found that Scottish council pension funds suffered a £194 million hit to their oil and gas investments between 2017 and 2020, with the Highland Council Pension Fund losing over £11.6 million.

Sally Clark, divestment campaigner at Friends of the Earth Scotland, said: “By continuing to invest in fossil fuels, our local councils are supporting the companies that are driving the climate crisis.

“The Highland Council Pension Fund is directly invested in the continued search for fossil fuels through its financing of companies like BP. This is undermining efforts to reduce the climate emergency here in Scotland and harming vulnerable communities around the world.

“As Scotland prepares to host the crucial UN COP26 climate talks, Highland and Western Isles councillors can lead the way in protecting communities and the planet by telling fund managers to divest from fossil fuels and adopt an ethical investment policy.”

Dorothy Jackson, Isle of Skye resident and supporter of Skye Climate Action said: “In the north of Scotland, we’re already seeing heavier and more frequent rainfall while communities around the world are suffering extreme temperatures, droughts and wildfires. The climate crisis is affecting all of us right now and we cannot continue to invest in the fossil fuel companies that are accelerating climate breakdown.

“As a resident of the Highlands and Islands, I want young people here and around the world to be able to grow up on a planet where climate change is not threatening their future.

“Highland and Western Isles councillors have a unique opportunity ahead of COP26 to show climate leadership by committing to divest from climate-wrecking fossil fuels and instead invest in ethical alternatives.”

Over 1,300 organisations globally have already begun divesting over £14.58 trillion from fossil fuel companies. Local government pension funds in Cardiff, Waltham Forest and Lambeth have already committed to go fossil fuel free, and in June, Glasgow City councillors on the Strathclyde Pension Fund Committee agreed to remove investments from any companies that do not meet minimum climate standards.