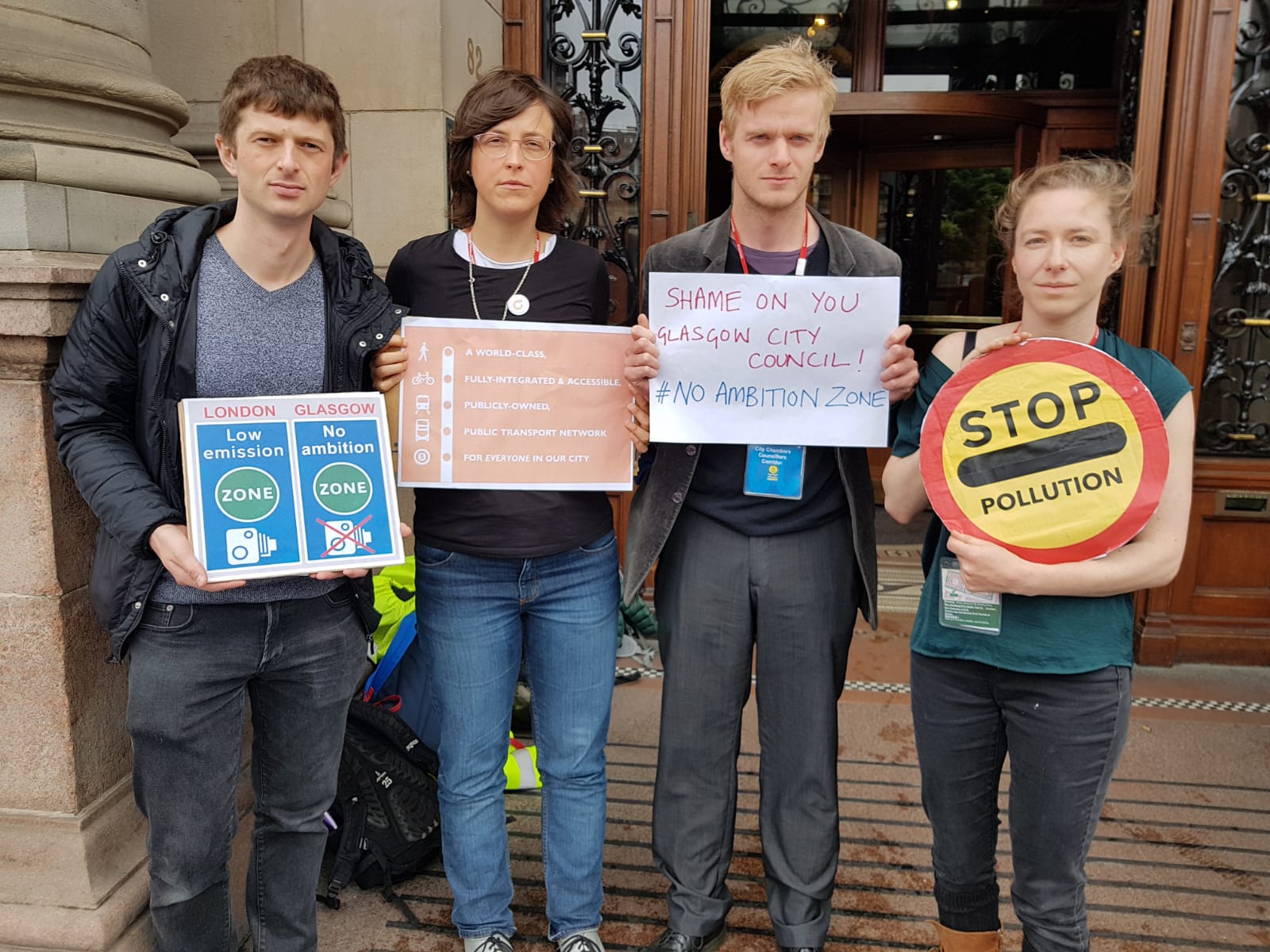 The plans have been slammed by environmental campaigners for delivering a “No Ambition Zone”. The Zone, which covers the city centre, will only apply to cars, taxis, vans, lorries by December 2022. The dirtiest buses will be phased out of the city centre over a 5 year period, with almost no change in the first year. An amendment by the Conservative party to scrap consideration of congestion charging was backed by the SNP.

“Today’s decision means the toxic, illegal levels of air pollution in Glasgow will carry on poisoning people’s lungs for at least 4 and a half more years. The Council has shown cowardice around tackling this silent killer which causes 300 premature deaths in the city each year. Low Emission Zones were first put on the table in Glasgow back in 2008, promised for the 2014 Commonwealth Games so we’re looking at over a decade for the Council to get its act together.

“Glasgow was named in a UK Supreme Court ruling on illegal air pollution back in 2015, and the Court ordered urgent and immediate action to tackle pollution. Low Emission Zones have been found to be the single most effective measure in tackle toxic air quickly. But today the City Council today has chosen to kick action unnecessarily far down the road. The next World Cup in 2022 will be finished before this Zone even comes into full effect.

How Glasgow’s No Ambition Zone will affect vehicles:
*Cars, vans, taxis and lorries coming into the city centre area will need to be Euro 6 or equivalent compliant (i.e. date from 2015 or have technology fitted which brings them to the same environmental standard) by December 2022

Hanna continued on the specifics of today’s meeting:

“The SNP have voted with Conservatives against their own revised plan which would have considered congestion charging for the city. Congestion charging could have taken LEZs to the next level and raised vital resources to plough back into cleaner transport in Glasgow.”