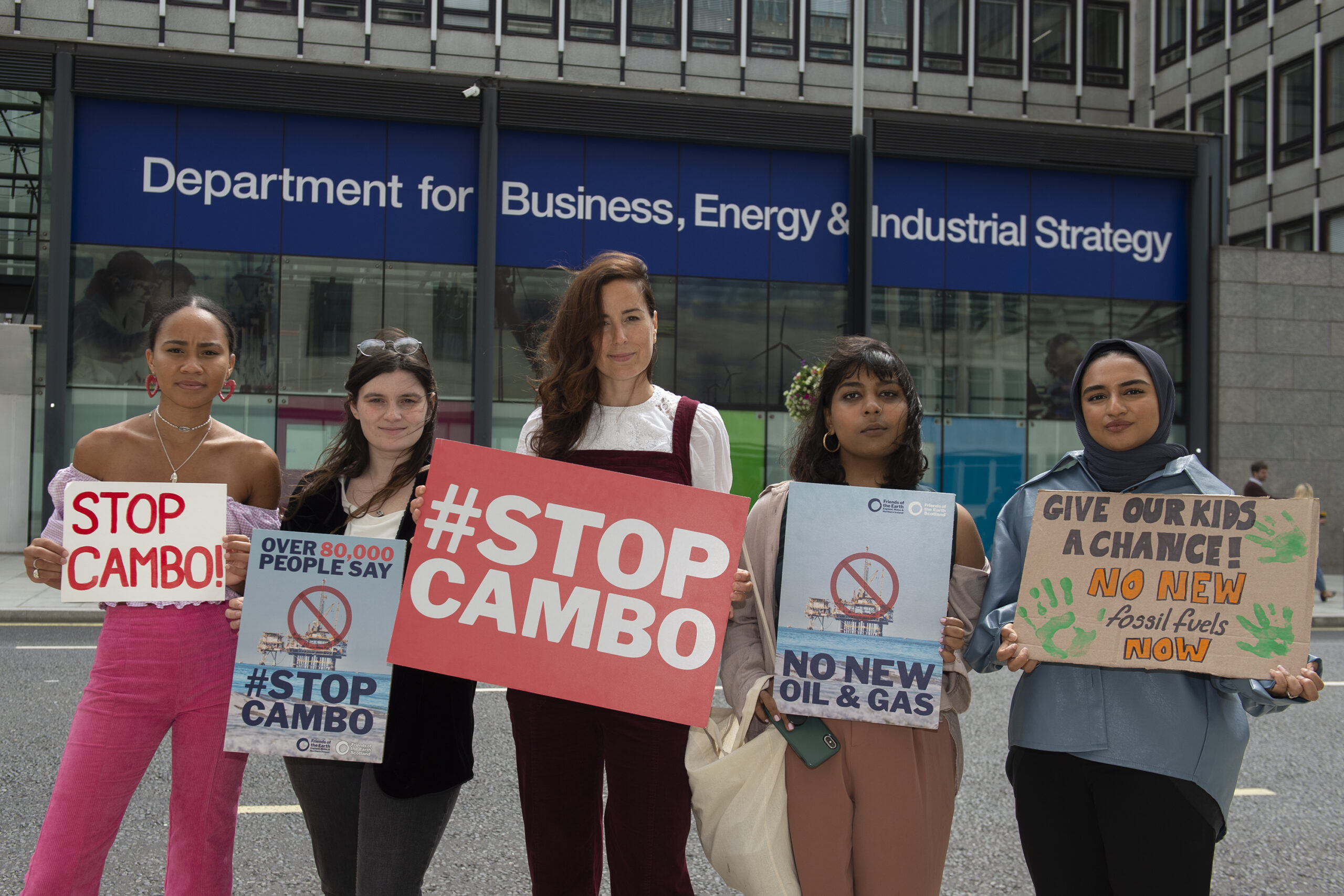 When I wrote about the proposed extraction of up to 800 million barrels of oil from the Cambo field north-west of Shetland a few weeks ago few people had heard of this proposal or the UK Government’s obscure consultation on it.

Now Cambo, and the future of oil and gas in general, has rocketed up the political agenda with Boris Johnson embarrassed on TV when he had to admit he didn’t know anything about it, 80,000 objections being handed in at Downing Street, UK and Scottish Labour saying it should be scrapped, Nicola Sturgeon writing to Johnson to say it should be reviewed in light of climate change, and the Scottish Tory leader accusing the SNP of having an ‘extremist’ position.

On a visit to Scotland Boris Johnson was asked about the Cambo proposal but had to admit he didn’t know any of the details.  Asked again the next day, he waffled about not being able to break contracts and moved on.

UK Labour leader Sir Keir Starmer also came to visit Scotland and said very clearly that the Cambo field should not go ahead.  Crucially he also said that there should be a ‘hard-edged timetable’ for phasing out oil and gas production in the North Sea.

Nicola Sturgeon was confronted about Cambo on film by young climate activist at a carnival in Glasgow. She refused to rule it out but then wrote to Boris Johnson just five days later to say that it and all similar developments, where a licence exists but production has not started, should be reviewed to see if they are consistent with climate change commitments.

This is great, and one of the key things we have been calling for for several years, but in her letter she linked this review to the UK Government’s new idea of a Climate Compatibility Checkpoint for fossil fuel developments.  This weak because the Checkpoint is not yet finalised but the current draft would let Cambo through because the licence is only for exploration.

The First Minister’s letter says we can’t have business as usual and that we need a rapid just transition but stops short of actually saying that Cambo should not go ahead and official Scottish Government policy remains to get out every last drop of oil possible.

The letter is of course trying to tread the fine line between real action that would reduce climate emissions and not scaring the electorate.  This is why the letter also implicitly allows for the possibility of new oil and gas licences being issued, a process which may start again next year.  If you think we might have to cancel or restrict some existing licences because of climate change, it can’t make any sense to issue new licences.

A growing number of countries, including New Zealand, Ireland, France, Portugal and Greenland are already banning new oil and gas drilling on climate grounds. Denmark, Spain, Costa Rica and the state of California have gone further to set end dates for oil and gas extraction. Scotland was much lauded for banning fracking, we must now do the same on oil & gas.

Other SNP politicians and a number of climate scientists have also recently spoken out against Cambo.

Even though the FM has only taken tentative steps in the right direction, Tory leader Douglas Ross accused the SNP of having an ‘extremist’ position.  Meanwhile the Scotland Office Minister David Duguid was so desperate to get off the hook in a radio interview that he said that if we were worried about climate change we could extract the oil but just keep it in barrels rather than using it …

Ahead of the UN climate conference COP26 in November, the Cambo proposal has become the iconic symbol of whether UK and Scottish Governments are serious about climate change, and the door into the deeper debate about the need to rapidly phase out oil and gas production.

Dr Richard Dixon is Director of Friends of the Earth Scotland.A version of this article appeared in The Scotsman on Thursday 26 August 2021.

Our allies in the Stop Cambo campaign have created a tool to help you quickly email your MP at Westminster and ask them to stop new oil and gas developmnets.

Ask your MP to help Stop Cambo
This site uses cookies to store information on your computer. To find out how we use them please view our Privacy Policy.Accept AllNo Thanks
Manage consent