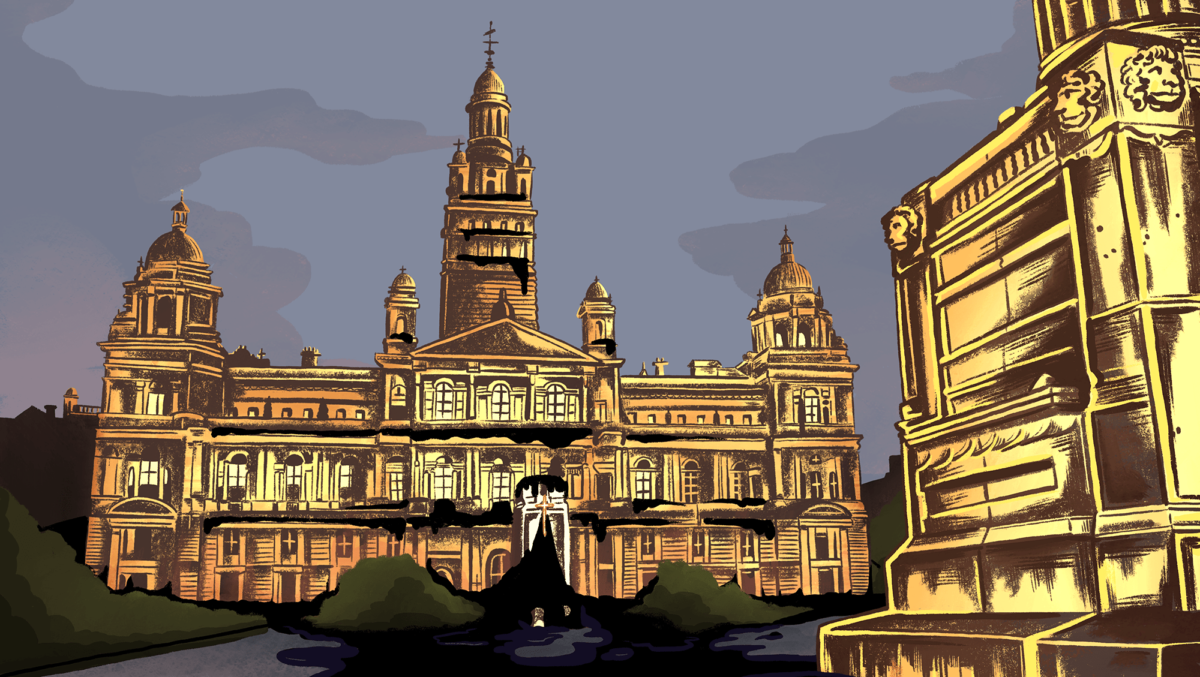 Home > How £1.2 billion of Scotland’s savings are fuelling the climate emergency
23rd February 2021 By Ric Lander

The last few years have been a torrid time for the fossil fuel industry. With workers laid off and stock prices tumbling, it increasingly looks like big oil has had its day.

The COVID-19 pandemic forced this realisation for many. Cuts in fossil fuel demand, unthinkable in “normal times”, have been the mark of a global health crisis that has torn up people’s lives and in the process put millions of cars, trucks and planes out of action.

Some investors got out before the trouble hit. The Universities of Stirling, Edinburgh, Glasgow Caledonian, Abertay, Glasgow, UWS and QMU began their exit from fossil fuels years back and depending on their progress, will have fared better.

Many of those who have pledged divestment were explicit about the need to so given the scale of the climate crisis, and its incompatibility with continued ownership of polluting stocks.

Explaining further divestment commitments in New York, USA, State Senator Rachel May said “The climate crisis requires bold and decisive action from all segments of government. [Divestment from fossil fuels] fulfills both the need for fiduciary responsibility to our state employees and the urgent action required to phase out dirty fossil fuel from our state’s economy.”

Scotland’s local councils though, did not have such vision – and they’ve paid the price. As we reported in December 2020 Scottish council funds lost £194 million from bad bets on oil and gas over recent years.

They stand to lose more too.

Today’s new research charts a total of £1.2 billion of continued investment across every local council pension fund in Scotland. 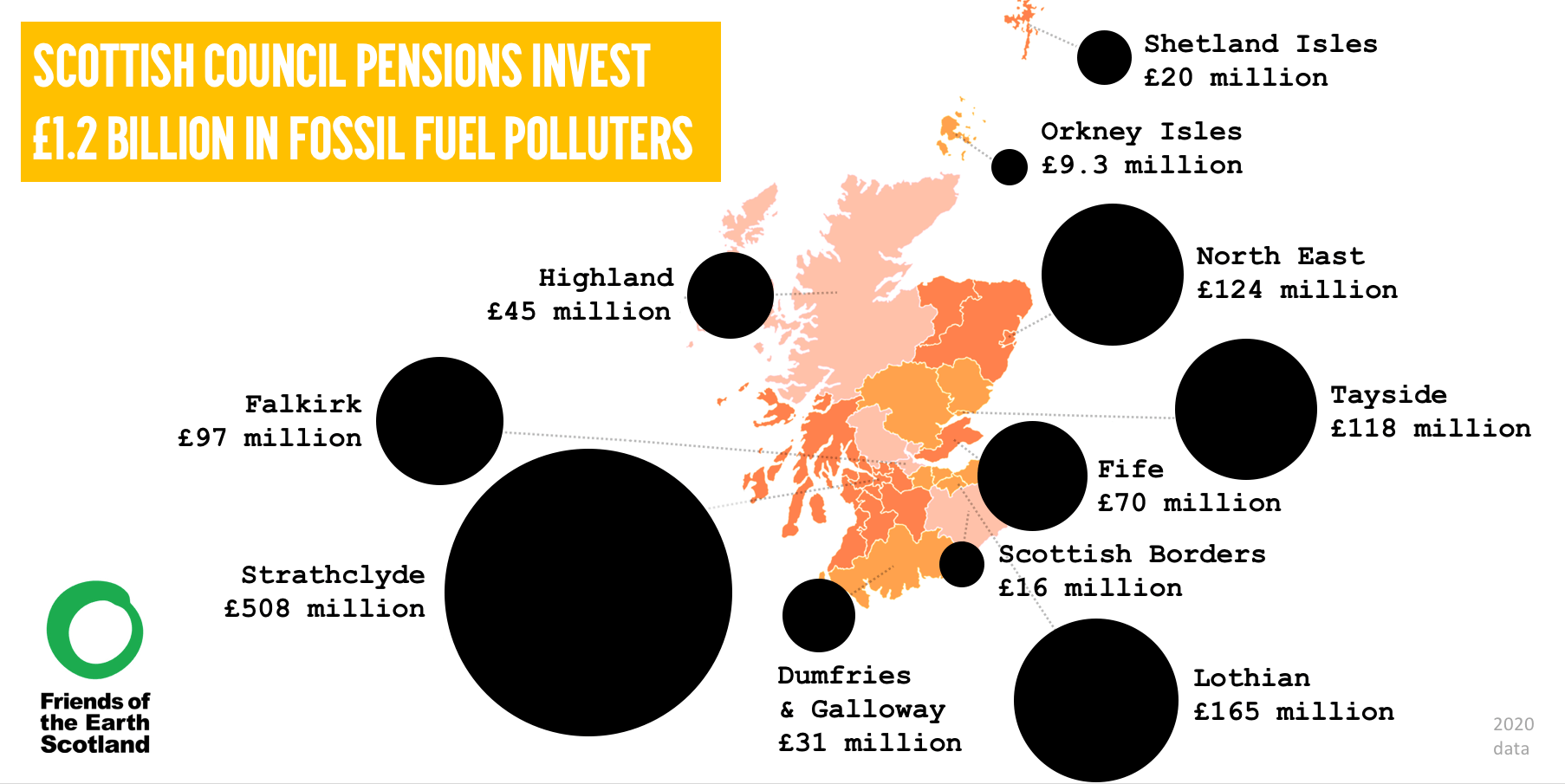 £1.2 billion in companies like BHP, one of the world’s biggest coal miners and under investigation by the OECD for environmental and human rights abuses. Companies like Shell, who a Dutch court recently ruled against for loss of life, illness and destruction caused by their pollution in Nigeria. Companies like BP, who are backing the Mozambique gas export scheme that’s associated with militarisation and forced displacement in the cyclone-ravaged country.

More than half of Scotland’s councils have declared a climate emergency, but none have effected divestment of their pension funds from these global polluters. They are still profiting from the companies driving this emergency.

The world is coming to Glasgow this November for the UN climate talks, but they will be hosted by a city who are banking on climate polluters to the tune of £508 million.

There are some signs that this ship could get turned around.

In 2020 the Lothian Pension Fund, run by Edinburgh City Council, announced it will no longer invest in fossil fuel debt  and Glasgow City Council, who administer the Strathclyde Pension Fund, announced a climate emergency policy that appears to require divestment to begin “by 2025”. It’s a slow start, but first steps matter.

Council pension funds already know how to do better. Our 2017 investigation uncovered council pension investments in small hydroelectric and wind power schemes, as well as social housing developments in the East of Glasgow and Forth Valley.  Such investments represent a double benefit to pension fund members and local councils: a secure return and a healthier future.

With the world coming to Scotland to negotiate action on the climate crisis this year, pension funds now have a clear deadline for addressing their polluting investments. This is the perfect time to ramp up efforts and get divestment done.

Local councillors should take this opportunity and tell their fund managers to divest from fossil fuels.

Take action with us

The rest of us need to show that there is a huge groundswell of support for action. Send a message to your local representatives today to urge them to back fossil free, healthy and sustainable pension funds.

Local authorities have the power to ensure workers have a pension for their retirement, but also a future worth retiring into.

Email your Council to back divestment now