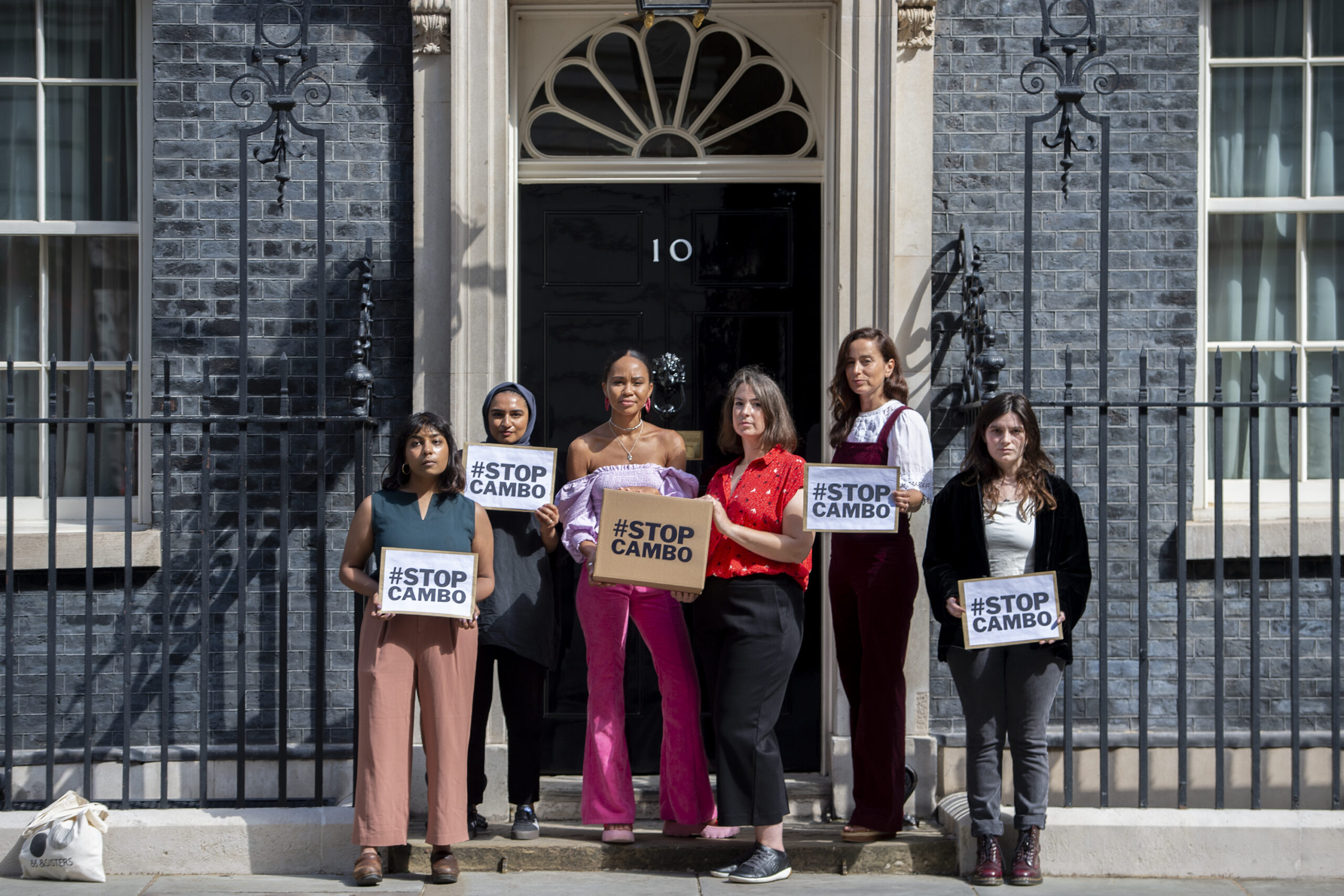 I went to 10 Downing Street this morning and handed over an open letter on behalf of over 80,000 people calling on the Prime Minister to reject the proposed Cambo oil field.

Oil giant Shell and Siccar Point Energy have applied to the government to open the huge new Cambo oil field, 80miles west of Shetland. The field holds 800million barrels of oil; drilling and burning all that would release ten times the climate emissions as the whole of Scotland does in one year! We can’t let this go ahead.

Opposition to this climate wrecking oil field has been growing in recent weeks, thanks to public pressure from people like you.  And yesterday, Labour leader Keir Starmer said that he would oppose the Cambo plans.

That’s not all. He went even further to say that he supports a timetable for phasing out North Sea oil and gas exploration while ensuring there are green jobs for people who currently work in the industry.

But when asked by a BBC journalist on Wednesday, the Prime Minister claimed that he had never heard of Cambo!

It’s ridiculous that, with less than 3 months until he hosts the UN Climate Conference COP26, he doesn’t know what is going on in the North Sea and the fact that his government are poised to approve this huge new oil field.

So we went to knock on his door and tell him all about it!

Together with campaigners from Friends of the Earth England, Wales & Northern Ireland, Oil Change International, Parents for Future and Fossil Free London and Paid to Pollute, we handed over the letter and signatures demanding that the Prime Minister and his government stop Cambo and all new oil and gas projects.

We also went to the UK Government offices for Business, Energy & Industrial Strategy (BEIS) to hand a copy of the letter to Energy Minister Kwasi Kwarteng.

Huge thanks to every single one of you who signed the open letter calling on Boris Johnson to reject the Cambo oil field. I felt proud to be there to hand over the open letter on your behalf.

Remember, people power does make a difference. From banning fracking to stopping a new coal mine at Druridge Bay in Northumberland, time and time again climate campaigners have forced the government to stop new fossil fuel projects and win for people and planet.

We can do it again!