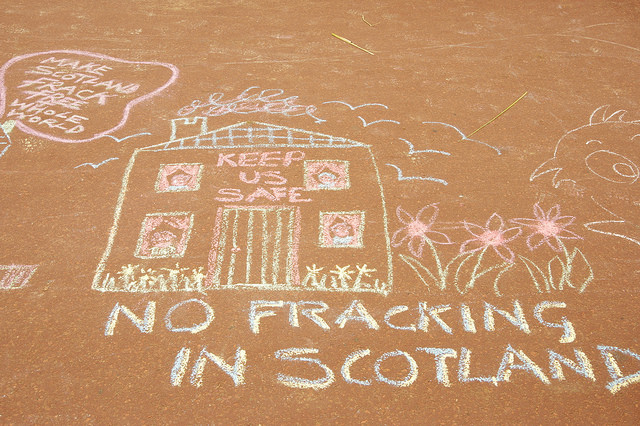 Fracking: When is a Ban a Ban?

Not yet is the short answer, in Scotland at any rate.

The ruling from the Court of Session this week that saw INEOS lose its judicial review is not only a welcome defeat for the wannabe-frackers, but has also piled the pressure on the Scottish Government to act swiftly and legislate to ban fracking.

INEOS’s judicial review was heard over 3 days in May, and Lord Pentland issued his opinion on 19 June, agreeing with the Scottish Government’s argument that as there was no legally enforceable ban in place, there was no case to answer, therefore INEOS’s petition was thrown out.

The outcome is good news: INEOS was asking the judge to quash the moratorium that had been in place since 2015 and was extended indefinitely in 2017. This would have opened the door to fracking. The judge refused to do so. He also found that even if a decision to ban fracking had been made, INEOS would be unlikely to be successful in any claim for compensation.

But where does this leave the Scottish Government’s so-called ‘effective ban’?

When Ministers made their announcement on fracking in October last year, it was rightly celebrated as a huge win by activists across the country, after 6 years of powerful grassroots action put the issue at the top of the political agenda.

However, what was clear at the time to those following the issue closely, and is even clearer following Lord Pentland’s ruling, is that the actions of Ministers in October 2017 did not amount to a legally enforceable ban. All Ministers did was continue to use policy levers that had been in place since the 2015 moratorium to ensure that any applications for fracking would be directed to them. Assurances were made to the effect that decisions to determine fracking applications would be made in line with the Scottish Government’s policy of ‘no support’ for fracking – hence an ‘effective ban’.

We highlighted the risks of this approach, as did Labour and Green MSPs in Parliament, pointing out that the so-called ban depended on an anti-fracking party being in power. A future, pro-fracking Government could overturn it with the stroke of a pen, and critically, no recourse to Parliament. Measures to strengthen the position by putting the ‘ban’ into the National Planning Framework (NPF) were supported by a majority of MSPs, including the SNP, but even this would only mean Parliament was alerted to a potential change in policy – as things stand, the NPF does not require Holyrood’s support. A legislative approach on the other hand, would require the scrutiny and approval of Parliament both to pass now, and to undo at some point in the future, should a future Government dare to try.

So what happens now?

The Scottish Government is undertaking a Strategic Environmental Assessment (SEA) of their policy not to support fracking, something that was mentioned in October, but got somewhat lost in the noise. This process is underway and a consultation is expected imminently. Its unthinkable that an SEA could result in anything other than support for a ban on fracking, given the numerous environmental and health harms the industry brings with it.

Then the Government must come to a final decision on the question of fracking – its hardly likely that they will back away from a position of no support – and find a means to implement it. Legislation is undoubtedly the strongest way to do that. Its what numerous countries, states and regions have done around the world, including France, Ireland, Victoria and Maryland. Legislation that has never been successfully challenged by the industry, including when it involved revoking existing licenses, as it must in Scotland. With over 60,000 people voicing support for a ban, and with onshore oil and gas licensing now devolved to Holyrood, Ministers have both the power and the mandate to do so: they must use it to draw a line under the issue for good.

We made a public interest intervention in the case arguing that the Scottish Government was obliged to ban fracking in order to meet its own legally binding climate change commitments. You can read more about why we decided to get involved in the case on our blog, and download our intervention in full here.

Read about what happened on Day 1, Day 2 and Day 3

Thank you so much to all our generous supporters who donated to help make this intervention happen!

Although we were pleased that INEOS lost its case we were disappointed that the hearing focussed on a technicality – whether a decision to ban fracking had been made or not – and there was no opportunity to look at broader legal arguments around the imperative to ban fracking on environmental grounds.  However, during the hearing Lord Pentland described our ground breaking intervention as very helpful.

This case is one among many which highlight the very real need for a specialist environmental court that can look into the merits of cases, as environmental problems such as climate change become ever more pressing and the legal and scientific issues around them ever more complex. This is another campaign front that we are pushing on – you can read about our work here.