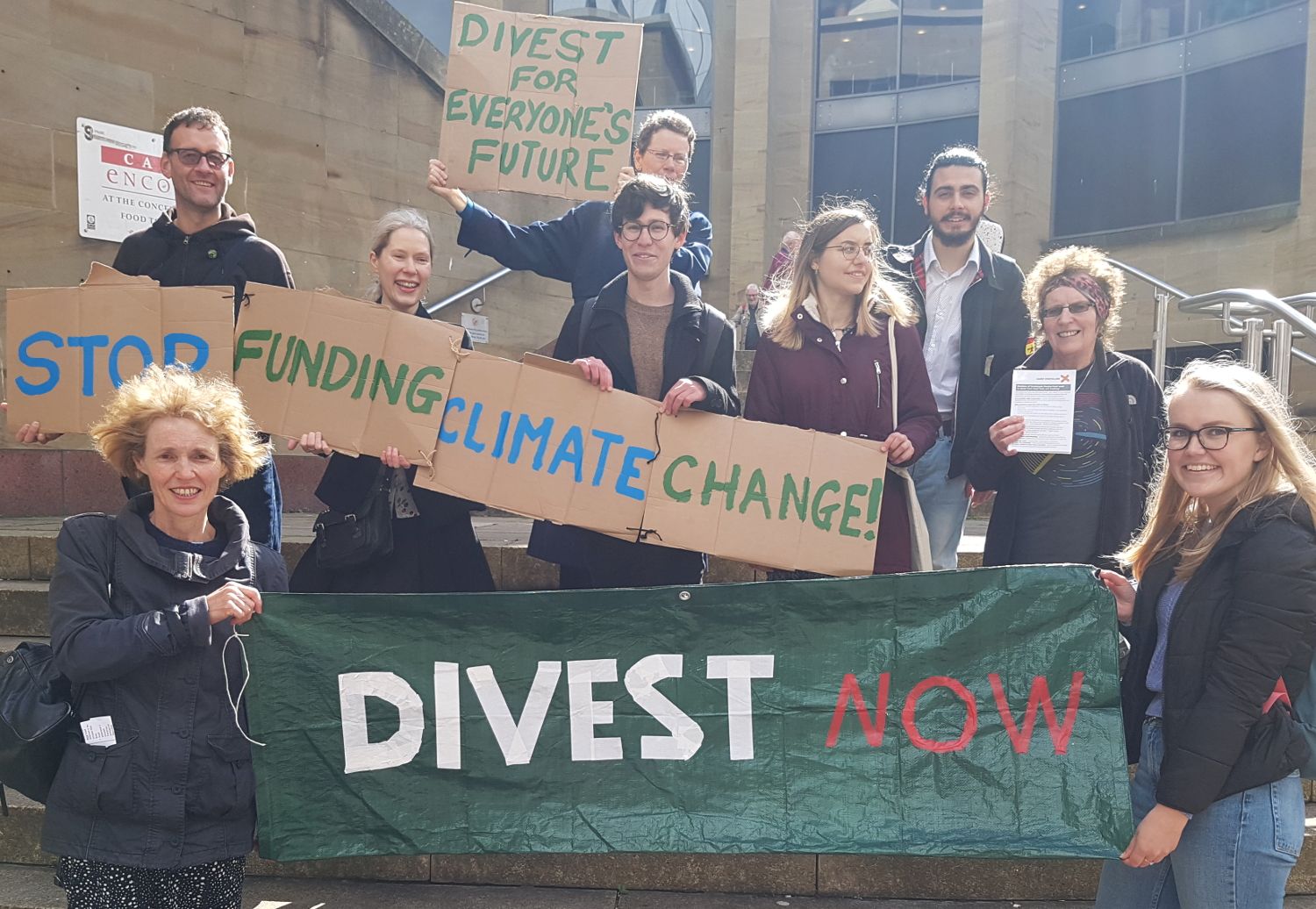 Home > What we do > Divestment: useful resources

We have published a number of blogs recording successful divestment campaigns:

Resources about local council pension divestment can be found on our Divest Local Government pages. You can also read this information in the reports we have published on local government divestment:

Additionally UNISON have published a report to accompany their own campaign for councils to divest which you can download here.

The UK Parliament pension fund has significant investments in fossil fuels. The Divest Parliament campaign has secured pledges from a number of MPs to divest. More than half of Scottish MPs have signed incuding all the MPs in Glasgow and Edinburgh.

In Scotland we are calling for divestment of the Scottish Parliament pensions and the Scottish Government’s investments in our ‘Divest Scotland‘ campaign.

A number of faith groups in Scotland are campaigning for fossil fuel divestment, including in the Church of Scotland, where the matter was debated hotly at their 2016 and 2018 General Assemblies. We co-produced a briefing for Church of Scotland members which you can read here.

Students have been campaigning for Fossil Free universities for some years. This campaign continues to be driven by student network People & Planet, who publish a league table that exposes university’s fossil fuel investments. The Ferret has also exposed Scottish universities’ continued investment in fossil fuels.

A number of campaigns have challenged fossil fuels sponsorship of culture and the arts in Scotland. BP or Not BP Scotland and its supporters have succefully removed BP sponsorship from the Edinburgh International Festival and Scottish National Portrait Gallery, while the group Science Unstained recieved a commitment from the Edinburgh Science Festival not to accept fossil fuel funds.

Looking for more information about the investments of a public organisation? Run a Freedom of Information request using www.whatdotheyknow.com.